It's 2018. Dr. Evil tried to [rob a bank/destroy the city/take over the world] using a [unstoppable robot army/death ray/zombie ninja T-Rex]. Just when hope is lost, Superdude comes flying in with a timely one liner and vows to thwart Dr. Evil's nefarious plans. Naturally, this means a super powered fight in the downtown of a major city (and, importantly, lots of property damage).

Lucky for the city's residents, due to our civil engineers, there is little interruption of service for most utilities, and life returns to normal relatively quickly. Lucky for the city's Supervillain insurance providers, these building techniques also result in minimal payouts.

Given today's level of technology, how would cities be built in response to frequent super powered battles?

Have redundant infrastructures with no single points of failure, managed by simple failsafes. Avoid complexity (think BP gulf of mexico). A few city blocks can be leveled and the infrastructure under them destroyed, but disruption of service ends at a point just outside the area of total destruction. To cause a massive disruption, the entire city essentially needs to be demolished.

Build with rugged but cheap modular units so they are resistant to damage but easily swapped out after the supers are done playing rough. My apartment got trashed, insurance covers replacement. The contractor comes in shortly after the event du jour, cleans up the mess, extracts the broken module (s) for recycling/repair, then inserts the replacement module (s) which can be brand new or recycled and refurbished.

Apart from redundancy as mentioned in other answers. Things would be built deeper into the ground and farther away. Skyscrapers would no longer be desirable, instead cities would be more spread out.

Also, maybe there would be crumple zones around important/historical buildings so the super-fights had something to crash into (like guardrail on motorways for example)

It was the insurance companies that killed the high rise city block in the end. They refused to cover anything larger than 5 floors up and 3 down. City regulators settled on this count after extensive experience based on the speed with which a super powered fist fight could demolish city towers, and the amount of time it takes to evacuate a building.

The few large towers that remained after the first decades of metahumans and other troublemakers throwing each other around, are largely abandoned, or slums and squats with nobody willing to take responsibility for them in such a risky environment.

The city is now dominated by sprawling low rise, decentralised structures, sometimes the size of a city block, easily evacuated through large numbers of exits, and to bomb shelter grade basements able to contain the number of people expected to be in the building and the surrounding streets at any given moment. Any non-residential building of larger than two stories is required to provide shelter of this type to the general public in times of need.

Larger companies have abandoned city centres entirely, choosing in favour of multiple campus-scale company towns where all staff can be accommodated. Schools are provided, and everything is a reasonably safe distance from any other equivalent facility, thus attempting to avoid the attractive vulnerability that the centralisation of large cities generates to generic supervillains.

Taking into account your last bullet point, buildings could be designed & built to descend below ground level during super-powered slugfests. Then raised above after the dust has settled. Big spaces below buildings, hydraulics, lots of electricity, and improved elevator machinery will do the trick.

The citizenry will retreat to conveniently provided underground bunkers that will be fitted out like shopping malls with adequate wi-fi and telephony to enable business as usual to continue. Large TV screens will be mounted on the walls of corridors to let the bunkered populace to watch Superdude and Dr Evil slug it out.

Once the battle is over, an all-clear will be sounded. The doors to the bunkers opened. City buildings will commence rising above ground level as their gigantic elevator machinery swings into action. Insurance corporation executives will breathe a collective sigh of relief. Dr Evil will be languishing in his favourite holding cell for the criminally super-powered.

All this can be put down to the ingenuity of civil engineers, architects, city planners, and the generous contributions to fund these super-powered slugfest countermeasures from the insurance industry.

Orange County in California is one big suburb that is actually, secretly, one big city. There are over three million people in the county, which makes it pretty big on its own. But the county is not very big, geographically. Those three million people are stuffed into just over 1000 km$^2$, which makes it surprisingly dense. For the same size area, OC has as many people as Miami or Washington DC. So it is basically a large city....except with no city center.

But instead of having one city center, it has many. The three biggest downtowns are Anaheim, Santa Ana, and Irvine. All three cities have a higher population density than any part of Houston, Atlanta, Phoenix or Detroit, to name a few other cities. 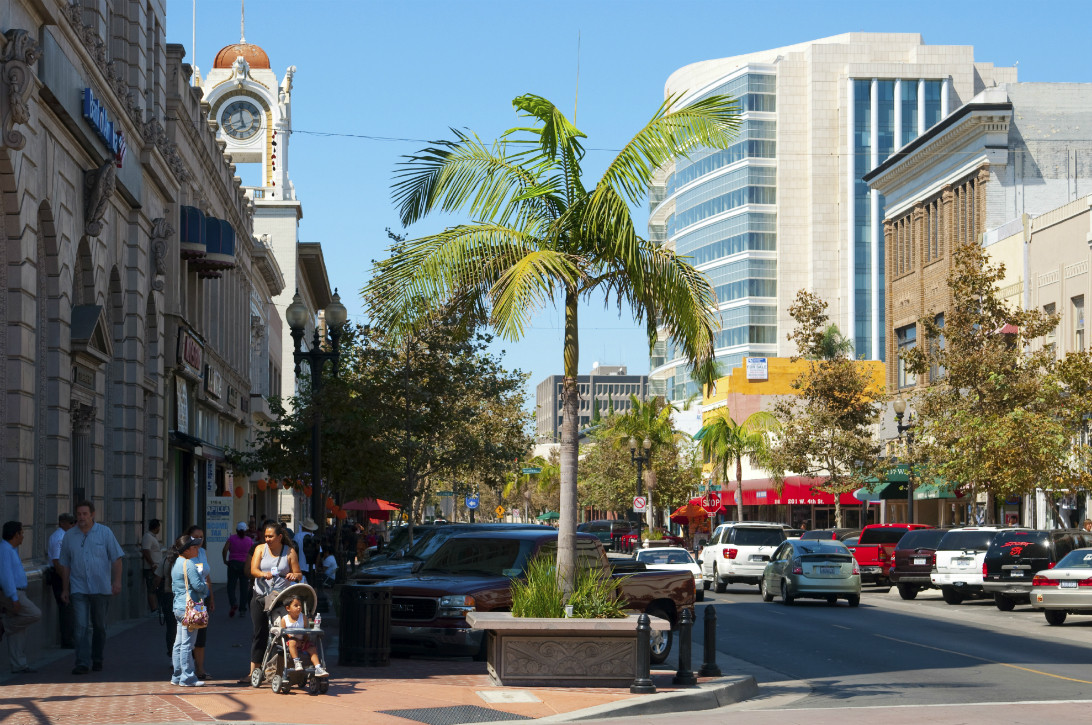 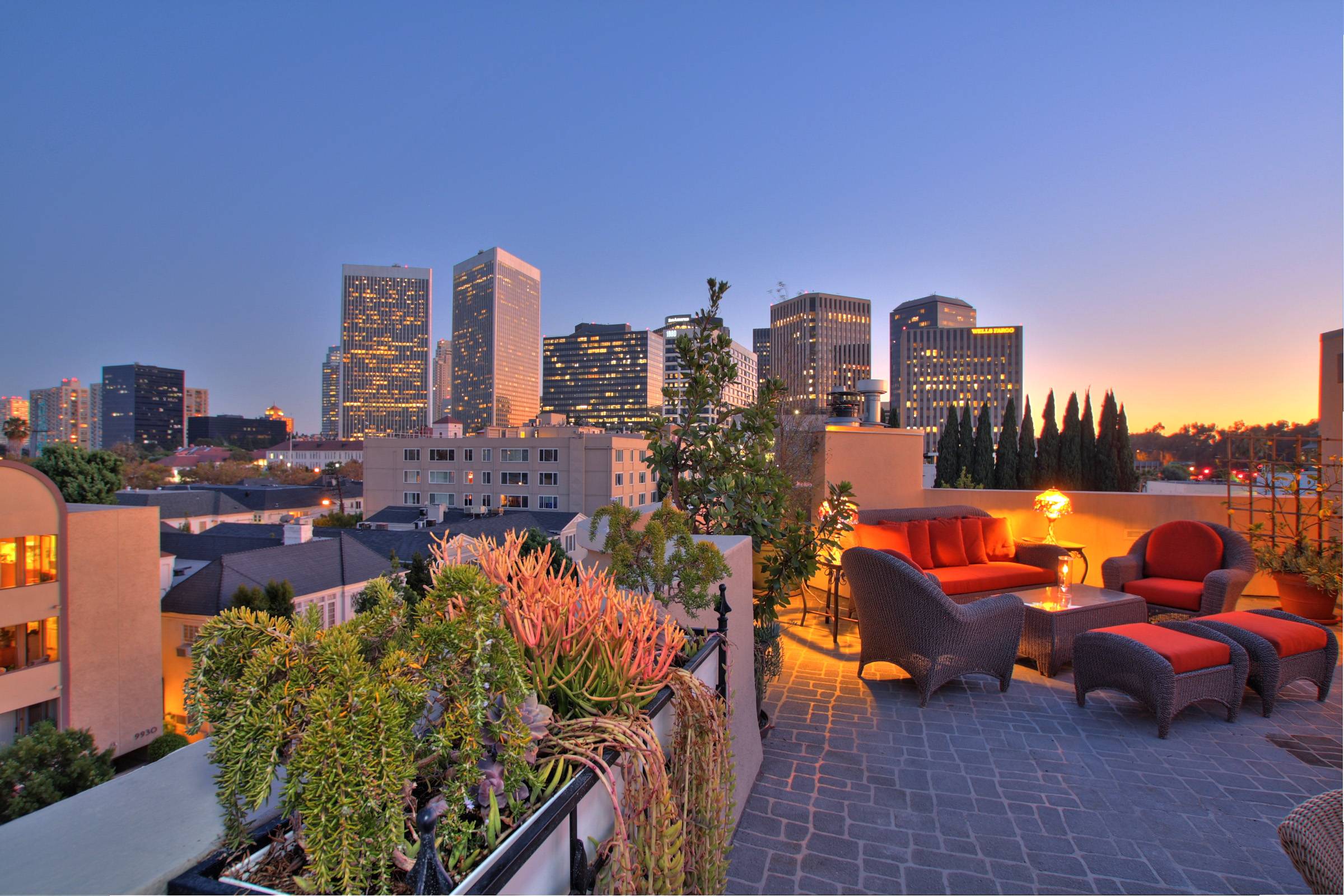 But there is also Irvine-Spectrum, a huge outdoor shopping center surrounded by industry and business like Blizzard's headquarters. There is a tech hub around UC-Irvine; downtown Costa Mesa; Disneyland in Anaheim; and Fullerton. And probably more. It is easy to destroy something new every five years, when there is a whole new downtown to destroy. By spreading out the job centers, you minimize the damage of any one fight, while still giving the superheroes some nice buildings to smash every once in a while.

With the advancements in autonomous vehicles and the possible near-future of robot-Ubers, this sort of polycentric, auto-oriented city might be the future of cities. Already, places like Atlanta and Dallas (which are less dense than OC) are starting to grow to look a lot like it, with multiple job centers scattered around.

Your city is mostly underground and reinforced concrete was used very liberally in it's construction. Nothing is going to survive a direct hit, the objective is damage containment. Non-trivial structures will not take important damage from flying debris.

Utilities are buried deep and instead of being laid out in very weird tree arrangements they are laid out like roads--any major line can take over for it's neighbors. Rather than traffic signals they have automated cutoffs that will disconnect damaged segments.

Data protection is high on everyone's mind as physical destruction of information-bearing materials (not just hard drives--think contracts, identification documents etc) is much more common. This will be distributed--rather than internet service being a narrow pipe from a supplier it's going to be a fat pipe with much of the traffic being local. Instead of a 2tb backup drive, you buy a 2tbx10 cloud backup drive. It actually has 20tb of capacity but only 2tb of it is available. Once it's plugged in it communicates with those it can find. The 2tb of data you store on it is also encrypted and pushed to various other computers, they're doing the same thing and the remaining 18tb holds files from other people's systems. Data is only lost if all 10 copies are destroyed--and some of those copies are stored far enough away that's not likely. (Drives would be available in various redundancies--they simply accept as much as they push.)

Not the answer you're looking for? Browse other questions tagged science-based cities super-powers or ask your own question.