Can we “hack” the human skin?

I've been reading some texts about synthetic biology and how to produce Human Artificial Chromosome (HAC), and I was wondering if we could develop some kind of device that "reprogrammed" the genes of the living cells of our skin to for example change its color and reverse aging (some kind of "artificial biological reprogramming").

Would this be possible?

'Reprogramming' genes can already be done both by nature in the form of random mutation and artificially using techniques like gene splicing.

In order to change skin color this could be done to a certain degree just based on dietary changes, but I see no reason why it couldn't be influenced to a heavy degree through gene splicing, I'm almost certain you could find experiments with rodents for this.

As far a reversing aging goes, I believe this has to do with cell senescence, basically when the cell decides its reached its replicative limit and stops dividing. Some cells already are able to at least resist this, for example cancer cells express increased rate of division and continue to reproduce beyond their expected limit, the last I remember hearing this was attributed to genetic mutation.

If these things can happen on their own already I see no reason why, with enough study, science couldn't reproduce this in controlled fashion.

You might want to look in to the current ways people change their skin colour, mainly, skin whitening. If you are imagining a reality where subdermal implant technology is efficient and safe enough, it wouldn't be a huge stretch to imagine that the population has found out compounds which allow you to rapidly inhibit or promote melanin production, resulting in a change of your skin colour.

You could also toy around with the idea of using an extreme case of carotenosis as a way of changing your skin colour by injecting large amounts of chromophores to your bloodstream. You could then engineer different chromophores to obtain different colours.

This can already be done, we live in the the 21th century, look up the various gene modification techniques used today.

If you want to worldbuild a futuristic world better first invest some time to see what technologies already exist, this could save you a lot of time and open you up to new ideas.

Nature has already done that for you. Behold: 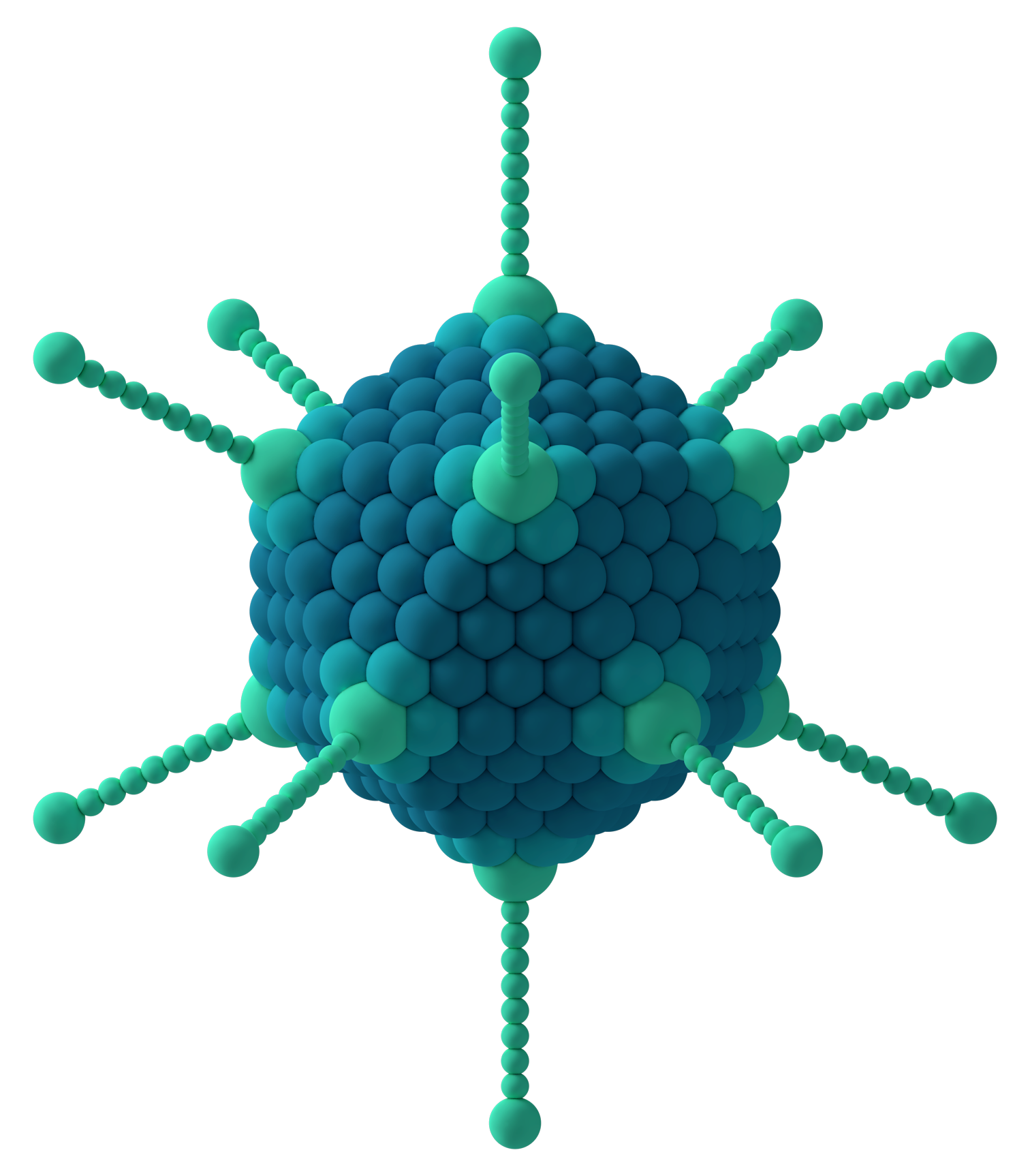 This is the Adenovirus:

Adenoviruses (members of the family Adenoviridae) are medium-sized (90–100 nm), nonenveloped (without an outer lipid bilayer) viruses with an icosahedral nucleocapsid containing a double stranded DNA genome. Their name derives from their initial isolation from human adenoids in 1953.

They have a broad range of vertebrate hosts; in humans, more than 50 distinct adenoviral serotypes have been found to cause a wide range of illnesses, from mild respiratory infections in young children (known as the common cold) to life-threatening multi-organ disease in people with a weakened immune system.

One method of gene experimenting and therapy is to find an adenovirus that can target the cells you wish to modify. Then you replace the virus genes with the ones you wish to insert on the cells:

Adenoviruses have long been a popular viral vector for gene therapy due to their ability to affect both replicating and non-replicating cells, accommodate large transgenes, and code for proteins without integrating into the host cell genome. More specifically, they are used as a vehicle to administer targeted therapy,[24] in the form of recombinant DNA or protein.

So just find some that can attach to skin cells, grow them in a lab, then replace their innards with your intended genes and let them have a go at your victim subject.

I believe this will not do for reversing aging, though. For that, try stem cells instead.

Not the answer you're looking for? Browse other questions tagged biology hacking or ask your own question.

13
What is the likelihood that inhabitants of an alien planet similar to Earth geologically would have races?
8
Magic that alters living cells - How to efficiently battle with it?
6
Magic that Alters Living Cells - Windows in Trees?
8
Growing magical creatures tissues in vitro
2
Magic that Alters Living Cells - Fast-Growing Plants?
15
Chemical weapon to kill a werewolf
11
Can my synthetic human grow?
6
Super earth habitability