How to explain the lack of artificial pollination in space colonies?

My story is set in the future where space travel is cheap and humanity has colonized Mars and some parts of the asteroid belt. Asteroid colonies can grow their own staple food, but crops that require pollination, like fruits, are imported from Earth and Mars because it's cheaper than growing them on the colonies.

The story starts when the prices of imported crops rise to the point where the colonists start to consider growing their own fruits. The colonists have had some success, but because fruit plants has to be pollinated by hand (no bees in space), most of these attempts are small scale.

The protagonist of the story is a thief who creates and uses bee-like robots to aid her in stealing things. She then discovers that her bee robot technology can be used for more productive things, like pollinating fruit plants cheaply and quickly, enabling mass production of fruits.

The thing is, shouldn't this kind of technology be perfected and commonplace before we reach this level of space travel? Even now, people around the world are trying to develop robotic artificial pollinators, because the bees are going extinct or something. How can I explain why this artificial pollination technology didn't make it to the asteroid colonies?

How can I explain why this artificial pollination technology didn't make it to the asteroid colonies?

Half of the answer is in the question itself - importing food is cheaper than growing it in the asteroids, so there was never incentive to pursue self-sustainability.

The other half is... Why is it expensive to pollinate your own food in the asteroids? Many factors, one of them being that pollination is only part of the equation.

If you are in an asteroid, you have a lot other challenges between you and your harvest. 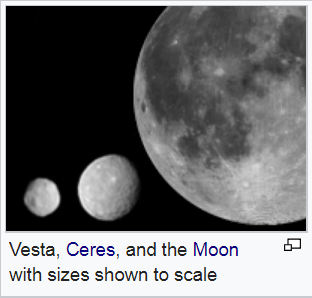 Really... What your thief did with pollination is just one variable in a very long equation. She just made the whole process slightly cheaper. It will take the collaborative work of many other people in other fields to make space food growing economically feasible.

But who knows? Maybe she solved the last problem left unsolved, so kudos to her.

Because there was no profit in it: The companies sponsoring the colonies had planned on making their money back by selling them food. The recent price-hikes may not even reflect market conditions back on Earth!

Artificial pollination could be a well-used technology on Earth, but the patent holders are either being paid not to license the neccessary technology to colonies, or are the import companies themselves.

Your thief has managed to design or acquire technology that fulfils a similar function to some of these patents, but with a sufficiently different method of operation so as to fall outside those patents.

(Such as LEDs in a world where incandecent filament lightbulbs are tightly controlled, or a Mechanical TV vs a CRT TV or flat panel display - not neccessarily 'better' or 'worse', but different.)

{EDIT} Considerations: Since the thief's drones were originally designed for help in their "extra-legal activities", they are probably optimised for things like silence and stealth over speed, they are not normally equipped with anything suitable for collecting/distributing pollen efficiently, and so on. On the other hand, multi-spectrum scanners (IR/UV/etc) to help with "liberating" objects would also be useful to distinguish between plants that look the same to humans but different to insects

Actually bees are nearly free. (Also, some bees, but not always the ones used for industrial crop pollination, make a product you can sell as a honey bonus.) So yes, currently people are trying to make robots that do bees’ work, but I believe it is only for show. Who seriously wants to pay to develop, construct and maintain thousands of robots while the bees are doing it for free? Flying robots are expensive, but bee-robots are so even more because:

And you can multiply all these because:

I guess the cost of the robots made it cheaper to import the apples.

Insect are dangerous for colonies

In colonies that are in hostile environment, insects of all types represent a threat:

Basically, the more isolated from backup, and the more hostile to human life is the surrounding environment, the less you want randomness in your colony. So, you don’t want any little creature that can randomly create havoc in your colony. You are going to spray a lot of insecticide in your colony and vessels coming in, and bees are especially sensible to that.

You don’t have bees, and other insects, simply because they are dangerous in a controlled environment and you don’t want them. It’s cheaper to import apples than to import replacements parts due to insect damage.

(As a side note, I would like to stress that, for the exact same reasons, thinking that bees' dying out is not a problem because of technology is totally nonsensical)

There are many self-pollinating and wind-pollinating varieties of fruits and vegetables, I don't see why these wouldn't be selected as crops for feeding a colony. The technology could mean a greater variety of fruits and vegetables are available and would allow a colony with the robo-pollinators to compete (economically) with Earth and Mars grown foods being sold to other colonies.

A pollinating drone needs to be very small to access the flower, and small drones are very susceptible to wind.

On a windy Earth it would be very difficult or impossible to perform pollination with bee-like robots, but in a space habitat there is no natural wind.

This is why the tech was never developed on Earth, much easier to take steps to keep the bees alive.

Colony collapse on Earth is a very real problem. It would be the same effect on an asteroid colony where no bees exist. An artificial pollinator is required. The research is already being done. Apparently, protecting the real bees is not cost effective but selling micro-drones is. From there, it is just a matter of programming the drones. One reason that someone would not want to provide pollinators would be the aspect of controlling the population. Removing self-reliance is a great control mechanism. 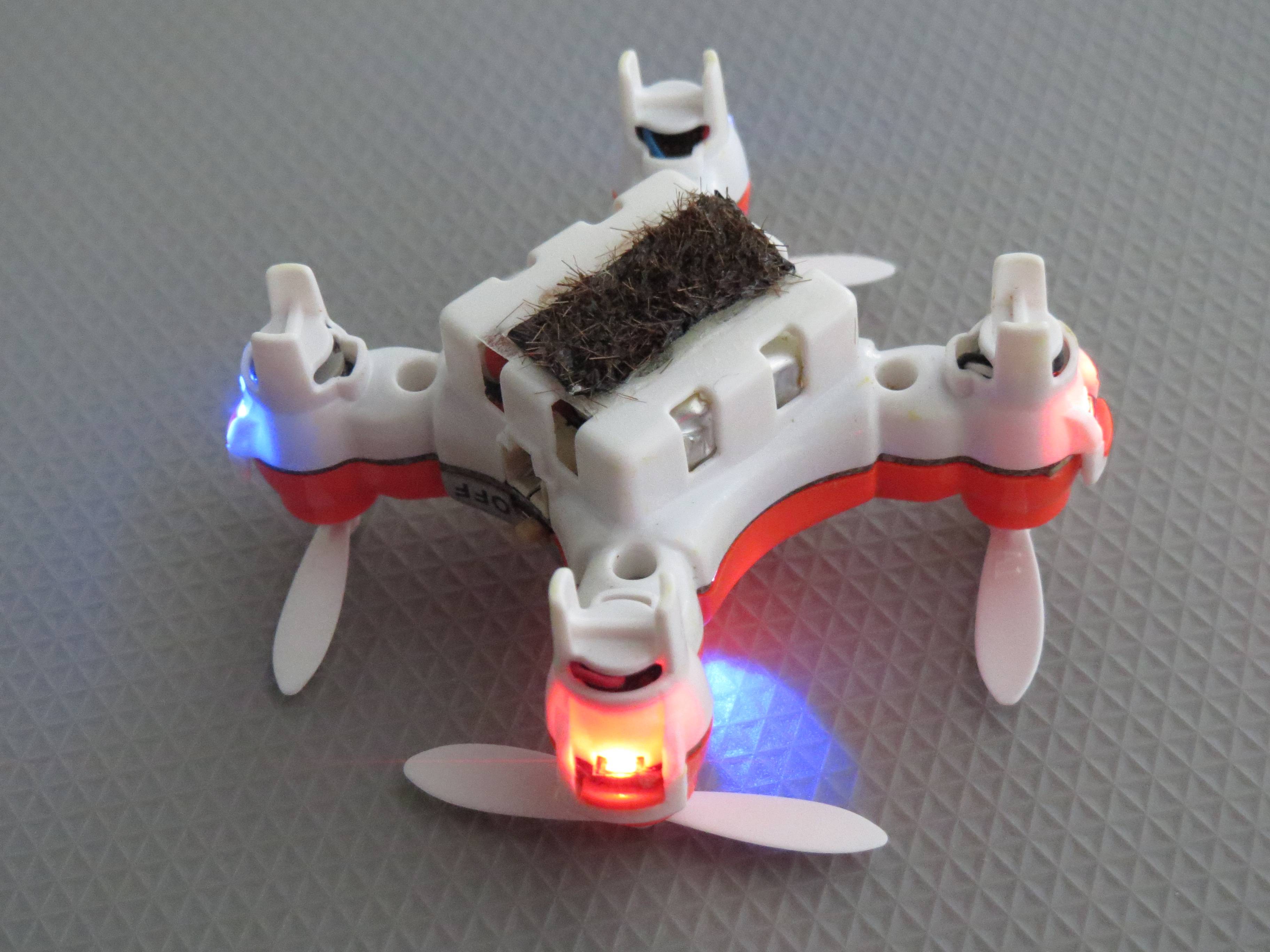 Originally the space settlers tried to bring bee hives with them. Was a bit of a trying journey for the settlers whenever the hive wanted to swarm.

They had trouble getting the bees to survive the trip and those that did survive couldnt adapt to the alien environment. Being endangered, it was also very expensive.

In the mean time, after many failed attempts at transporting live bees and failing to adapt Earth-based alternatives, they had managed to develop a hand pollination system.

They kept wanting to develop an artifical system, as humans are naturally lazy at these repetitive tasks. However, piped pollen sprayed on the crops kept blocking the pipes and causing expensive delays and repairs. Pollen is sticky.

Artificial drones amd other Earth based robotic pollinators had magnetic/alien planetary interference which kept preventing the drones from communicating effectively with the domes artificial environment control system (AECS). They need a better acronym. This means that even though the drone systems work on Earth, the systems just are not compatible in an alien offworld environment.

AECS has total control of the entire settlement and even controls security. For security purposes all domed and inhabited areas are scanned for unexpected metal/plastic visitors. Many thieves have thought to use drones before.

What your protagonist has done, is actually develop a shielding for her drones which prevent them from being scanned by security. She used some alien mineral or highly clever handwave computer trick to provide a shield coating to her tiny friends to bypass AECS security systems. The drones communicate amongst themselves.

Instead of providing feedback on their position to a central server and being controlled by AECS, the drones are receiving feedback from amongst themselves and do not need outside control. The shielding from the security system has an unintended side effect of negating the planetary interference that had previously hindered pollination attempts.

Your protagonist has developed a proto hive mind drone based AI. She provides them input parameters of what she requires and they then go off and do their own thing without needing constant movement reports from AECS (which is what all previous attempts had attempted). As they no longer need to report their position and the shielding from the security system preventing other planetary interference, they succeed in stealing trinkets for her, and later making her quadrillions of credits when she commercialises her product.

What the Martian colonies look like after the Drones realise sentience is another story.

26
Reasons to colonize planets of another solar system?
9
Habitable environment on a big moon of a gas giant lacking magnetosphere
9
How to Effectively Collect and Recycle Space Junk?
27
How should fledgling planet colonies deal with supply crews suffering from barophobia (fear of gravity)?
5
Self-sustaining Mars colonization
10
Best Foods/Plants to Grow in Generational Spaceship?
11
How large would a space station have to be to hold one million people indefinitely?
8
Long-term food preservation techniques [200-300 years, preferably in a form of MREs]