Can moons counteract each other?

Would two moons of equal size and distance on opposite sides of a planet counteract each other's tidal pull?

Setting apart any consideration on the long term stability of such configuration, we can look at the situation on Earth, where tides are generated by two bodies: the Moon and the Sun.

The highest tides happens when the Moon, Earth and Sun are aligned (new Moon or full Moon), while when the Moon-Earth line is perpendicular to the Sun-Earth line (first quarter and last quarter) the tides are at a minimum/ 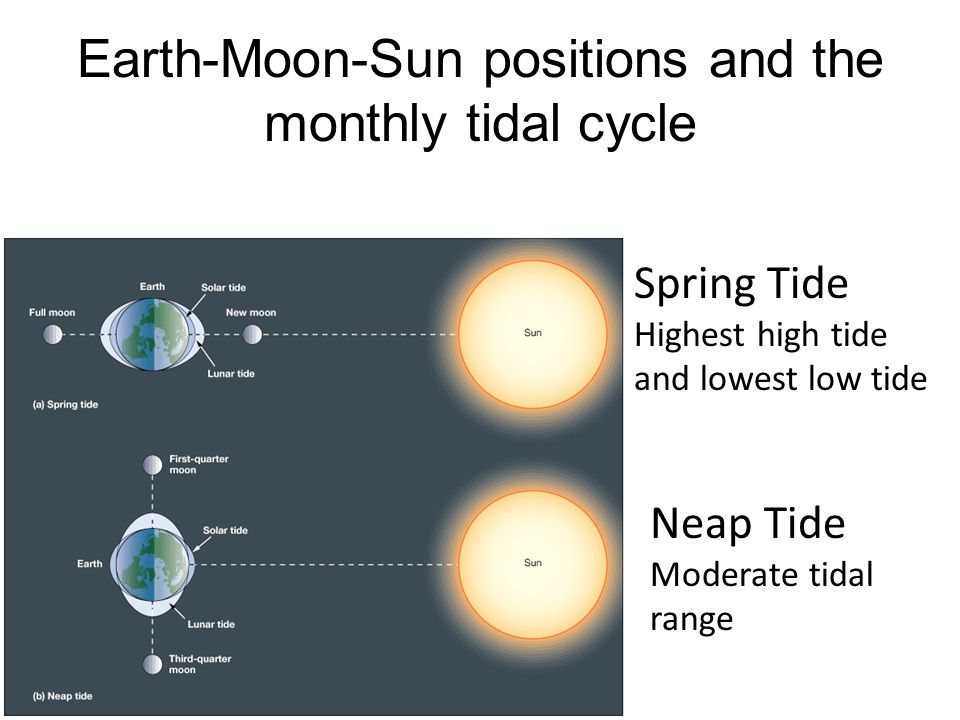 By analogy, having two moons facing each other with the planet in the middle would give higher tides than what would be with the two moons shifted by 90 degrees in the sky.

So even if the two moons had the mass to completely balance each other's pull when they were at 90 degrees (see L.Dutch's answer), they would only do so now and then, not continuously.

No, they would not counteract eachother's tidal pull because the pull of gravity does not increase linearly with distance. The planet would still have two tides, as water will be attracted to each moon.

110
How would having multiple moons affect tides?

110
How would having multiple moons affect tides?
13
What effect would three moons have on ocean/landscape formation?
11
A world with a moon orbiting much closer than ours
2
How would three moons that were equally separated effect the planet?
7
What mathematical function would describe the relationship between two moons?
5
I'm building a fantasy world like Earth but it has two moons adjacent to each other in a co-orbital configuration and need help
1
Planet half the size of earth with two moons. Livable? Climate Range?
10
Moons in Binary Orbit
1
Effects of multiple moons on a planet
9
Moons that can't see each other