I am building an idea for a terraformed environment with 1/6 the gravity of Earth, with a permanent human colony that has been established and sustained for 40+ years. I have thrown around a few ideas as to how these colonists might live there with the lowered gravity, but have not come to any satisfying conclusions.

I would like to imagine they could walk, rather than hop along the ground. But I want to avoid a typical science-fiction scenario where the surface has some "gravity generator." The colony is taking advantage of the benefits of low-gravity with mining, building, etc. Yet they daily life of a human should be similar to ours on Earth.

Any ideas are welcome! Thank you!

[EDIT] I realize this question was too broad, sorry! I am imagining a version of our Earth's moon that has been successfully terraformed with an atmosphere, flora and fauna (the fauna being engineered), etc. I am trying to think of ways for humans to live out their lives in a city on this version of our moon without being genetically engineered themselves.

I've been thinking about a Moon base for a long time.

For sustainable living, non-woody plants like vines and other typically ground cover will do well there. They will not need to be as stiff to support themselves. For O2 generation, the higher the percentage of green on the plant the better. Pick plants and grasses that have edible leaves and stems. That gives you air and food. You can also use their roots to process some of the waste.

Stairs would be less useful unless people's muscle mass seriously decreased. I suspect that ramps would be used more or modified ladders (where no loads need to be carried by people).

The only things that would be more difficult would be things that use gravity for assistance. Drilling into the ground would require that the drill be either 6x as heavy or bolted to the ground. Swinging a hammer would be less useful also since you would either need to anchor yourself to apply as much force as you are use to using on Earth.

People will likely walk normally but running will require a bit more headroom. People will not have to do the "bunny hop" due to the low gravity. Our Apollo astronauts did that because the pressurized suits had joints that were hard to bend. So it was easier to hop than bend the knee and hip joints.

@ShadoCat is correct that this question will eventually be closed, but I'm going to refrain from my own instinct to do so because methinks the following needs to be said.

Earth is only a conceptual reference

So very many questions about living in a low-G environment come with the baggage of our Earth perspective. For example, you just arrived to colonize the Forest Moon of Endor. This is the usual perspective... how do I deal with my Earth-based body, construction techniques, perspective, etc?

But let's assume that you evolved on a low-G planet. You'd walk around just fine. You'd build buildings, mine ore, etc. just fine. Why? Because you'd find solutions that work just dandy in your environment — just like we did.

And that's the point. Earth doesn't and shouldn't represent some mental block in terms of how to work with different gravities. It's only an issue when you're talking specifically about humans within a short period of time.

Because if enough time passes, humans will adapt to the new gravity

You only need the metal boots if you want to somehow retain your Herculean Earth-based muscles. In reality, you would quickly learn to adapt to a lower strength requirement. Each passing generation would grow more accustomed to it. The eventual result would be muscle atrophy that makes walking on the low-G world completely normal.

The same is true for facilitating everything we do. Mining means taking smaller bites and moving less material because you don't have the leverage of Earth's gravity. Big deal! You'd think we all want to jump off the planet for a heavy-G world because the mining would be simpler. (I'm not convinced that would be true, BTW.)

The simple truth, as unsatisfying as it may be, is that humanity would adapt. We're actually quite good at it. No magic. No high technology. I wouldn't be surprised if the first generation born on the planet were able to walk, run, and play without issue at all.

If this doesn't work for you

If this answer doesn't work for you, then we need to act to avoid its closure. That means narrowing the question (telling us about tech level, the size of the society, the needed industries, etc.) and reducing it from a "let's throw spaghetti at the wall and see what sticks" fishing-for-ideas question to a "this is my idea, will it work?" question. Narrow is the name of the game. The more focused the question, the less likely it'll be closed.

This might be difficult in 1/6 G environments but a "Gravity Balloon" could provide the answer. If you imagine a huge dome built over the floor of a crater and filled with air, then suspend rapidly spinning habitats over it, the people can live and work in terrestrial gravity, while accessing the mineral or other resources of the planet below. 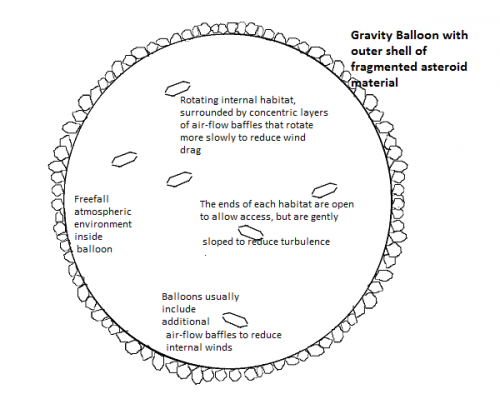 A gravity balloon inside a zero g asteroid environment. Picture this cut in half and the rotating habitats strung like beads on a string

In many ways, this might be similar to living on a suspension bridge (with the exception of the rotating habitats). Most of the work can likely be done from inside the habitat, either through teleoperation of surface machinery or doing office jobs which don't need to be done in any particular place. People needing to physically get to the surface would go out on the tether and take a ladder or elevator down to the surface. 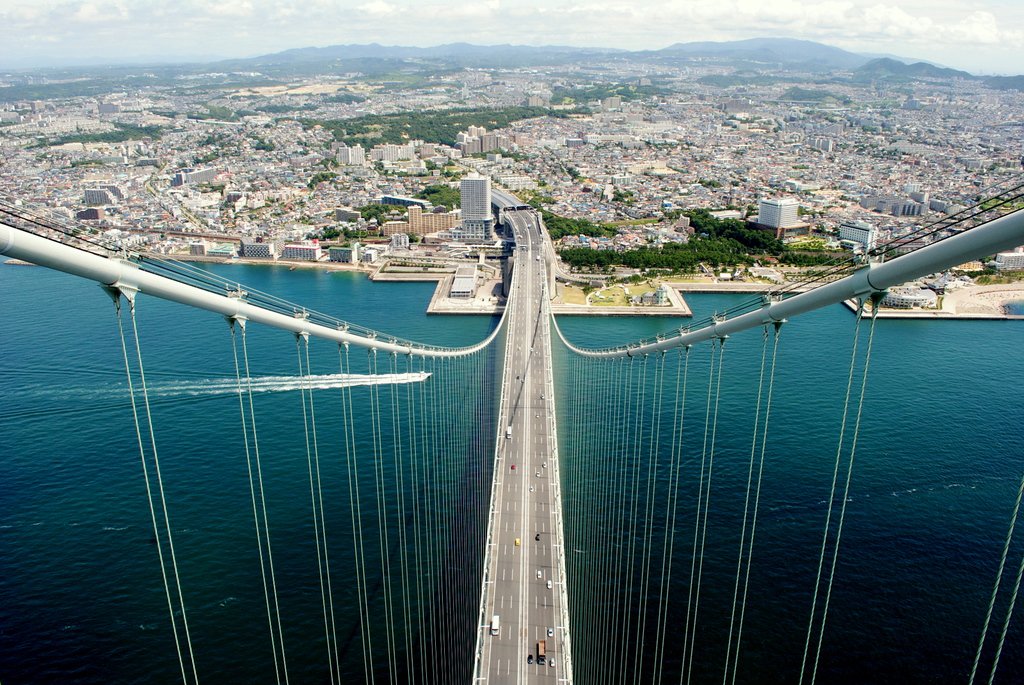 The rotating habitats would be strung along the cable, while the vertical cables represent your routes to and from the surface

This provides full gravity, eliminating the possibility of health problems induced by lack of gravitational pull on bones and muscles, while still providing access to the surface whenever desired.

Not the answer you're looking for? Browse other questions tagged gravity moons terraforming or ask your own question.

9
Architecture of richest person's house on the moon
13
Gravitational anomaly (Mascons) creating water-hills
3
Amputees, cardio, and flying humans
3
Is it be possible for creatures to make use of other metals, besides or in conjunction with calcium or chitin, as part their endo or exo-skeleton?
5
Creating “Sunfall” on the moon of a gas giant
3
Minor terraforming that allows people, and doesn't inconvenience local flora and fauna
3
Terraformed Planet
1
The Effects of gravity on humans and animals on a world 4x the size of Earth
7
Protecting Mars with no magnetosphere: Can genetic engineering help?