How might a slow fire energy weapon reliably neutralize its target?

Inspired by this question, so credit to them for the core idea. How might a slow fire energy weapon reliably neutralize its target? Here are some details about the precise design I had in mind:

Some extra bonus points if you can also justify using bayonets on these rifles, since I feel that's a question that isn't large enough to justify its own question. Entirely optional point, however.

The military is currently working on a laser based weapon that would be able to be mounted on a specially designed Humvee. It is a pulse laser that when fired vaporizes a minute bit of the target material, then fires a second more powerful pulse only microseconds later into the expanding gas cloud to ionize it into a plasma, which then explodes violently. It is a pretty small explosion mind you, about enough to knock you on your backside, the secondary effects are actually more interesting. The electromagnetic phenomenon produced by the blast disrupts neurological activity in a (supposedly) less than lethal manner that is said to be incredibly painful and disorienting. The idea is for a weapon that can be dialed to incapacitate or kill as needed. With a current understanding of physics and technology it can reasonably be built to fit an infantry vehicle specially equipped to have a large battery, capacitor bank and dedicated generator instead of a passenger area. Nothing with the sort of energy storage required to fire such a weapon can be made that would be considered man portable at present, but the technological concept itself is pretty solid. There's no reason some sort of hand wavium based power source couldn't be written up to power a man portable version of this concept.

Here is a weapon for infantry, with a slow rate of fire, inexhaustible ammo, which works by knocking out or breaking a bone of the opponent. It is ranged. It is extremely cheap. It has a long history of successful use in combat. 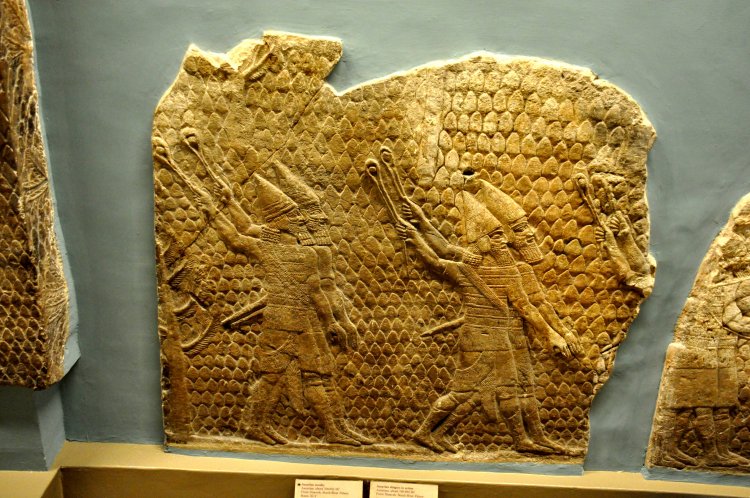 As a weapon, the sling had the advantage of its bullet being lobbed in excess of 1,300 ft. A bow and arrow could also have been used to produce a long range arcing trajectory, but ancient writers repeatedly stress the sling’s advantage of range.

The sling was light to carry and cheap to produce, while stones for ammunition were readily available and often to be found near the site of battle.

The sling was mentioned by Homer and by other Greek authors. Xenophon in his history of the retreat of the Ten Thousand, 401 BC, relates that the Greeks suffered severely from the slingers in the army of Artaxerxes II of Persia, while they themselves had neither cavalry nor slingers, and were unable to reach the enemy with their arrows and javelins.

Energy weapons are fine but eventually you will run out of charge. You can pick up rocks everywhere you go. Getting hit hard by a rock will slow you down.

Given time both these technologies have the possibility of being shrunk down to man portable designs. Both don't have a huge power requirement which means it can be reduced and used for long periods

10
Can biological material be magnetic?
13
Slow moving projectiles from a hand-held weapon - how do they reach the target?
4
What would be the ideal way to weaponize plasma?
25
Could a 19.25mm revolver actually exist?
3
How does this dragon's self-defense mechanism not burn the user?
10
How to effectively defeat an alien "infection"?
6
how might look and be used the firearm hand weapon for four-handed humanoids?
7
Designing a railgun to disable man-portable firearms