How would you exterminate my species of mermaids? [closed]

They are spread over several underwater-forests and live in small tribes under rocks. They eat fish and plants and all live in a big connected Ocean which is about a mile deep. Their level of technology is similar to ours in the Bronze Age.

To "kill them all" as a single person, I thought of creating a virus or a biological weapon, but that doesn't sound very original.

Is there a more original way you can come up with or an example from another fantasy world?

This is assuming that the ocean is a small ocean, only a few hundred or a few thousand square miles.

Use excessive quantities of fertilizer and dump phosphates and manure into the major rivers leading into their home. 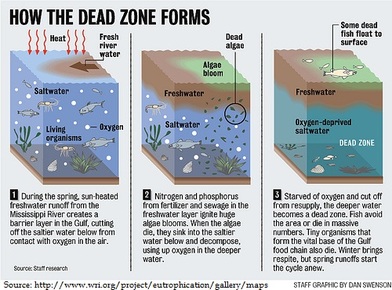 The low-oxygen water will cause large fish-kills which will lead to even more rotting organic matter which will enlarge the anoxic zone further. 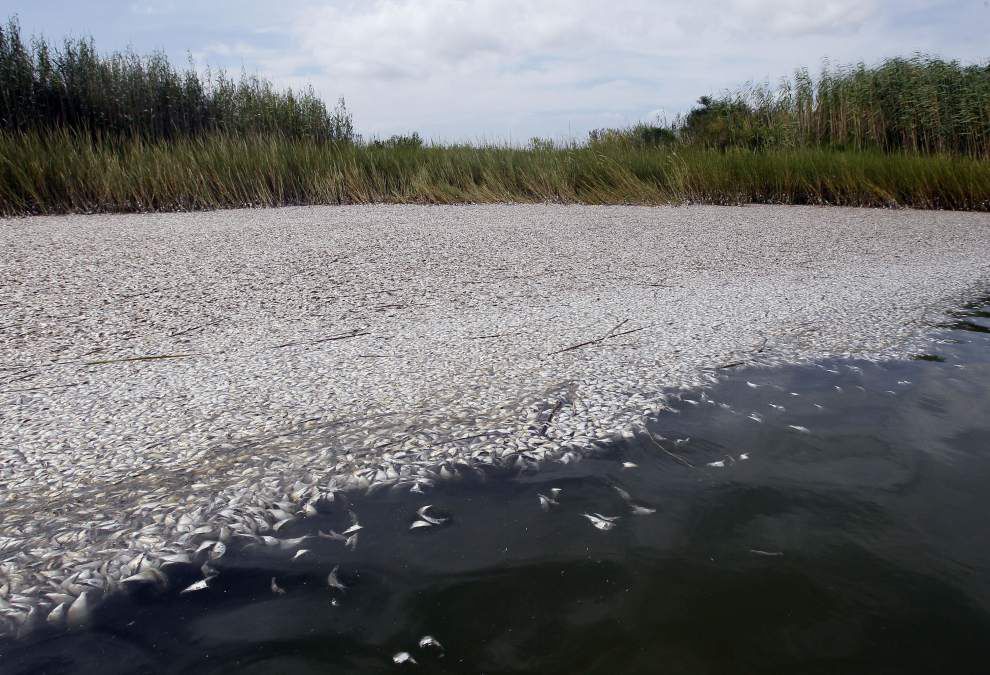 One option might be available if there's an inland sea like the Dead Sea with extremely high salt content that's also above sea-level and available to the humans.

They dig a large canal between the inland sea and the ocean and then release the inland sea to flow into the ocean. The ocean floor might end up under a thick layer of brine, note, this might kill everything so better hope the humans don't rely on the ocean at all for food. 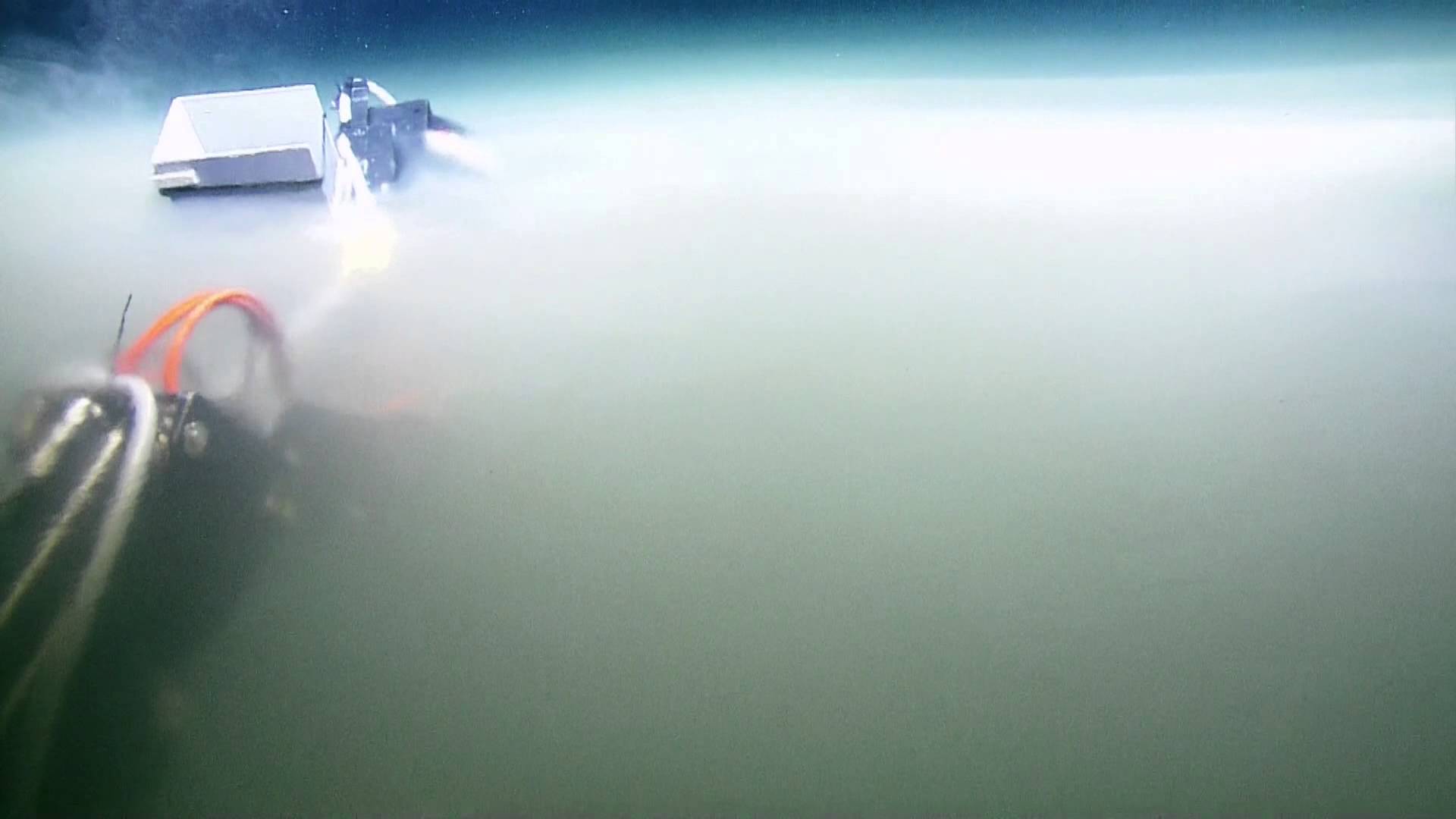 Introduce lionfish to the reefs where these mermaids live. These fish are an invasive species that has been destroying ecologies around the world because they eat a huge range of other species and -- due to their toxic fins -- have almost no predators themselves. They have been devastating the western Atlantic in recent years. If you collapse the small fish and mollusk species on which the mermaids depend, no amount of bronze smithing (however that is achieved underwater) will save them. 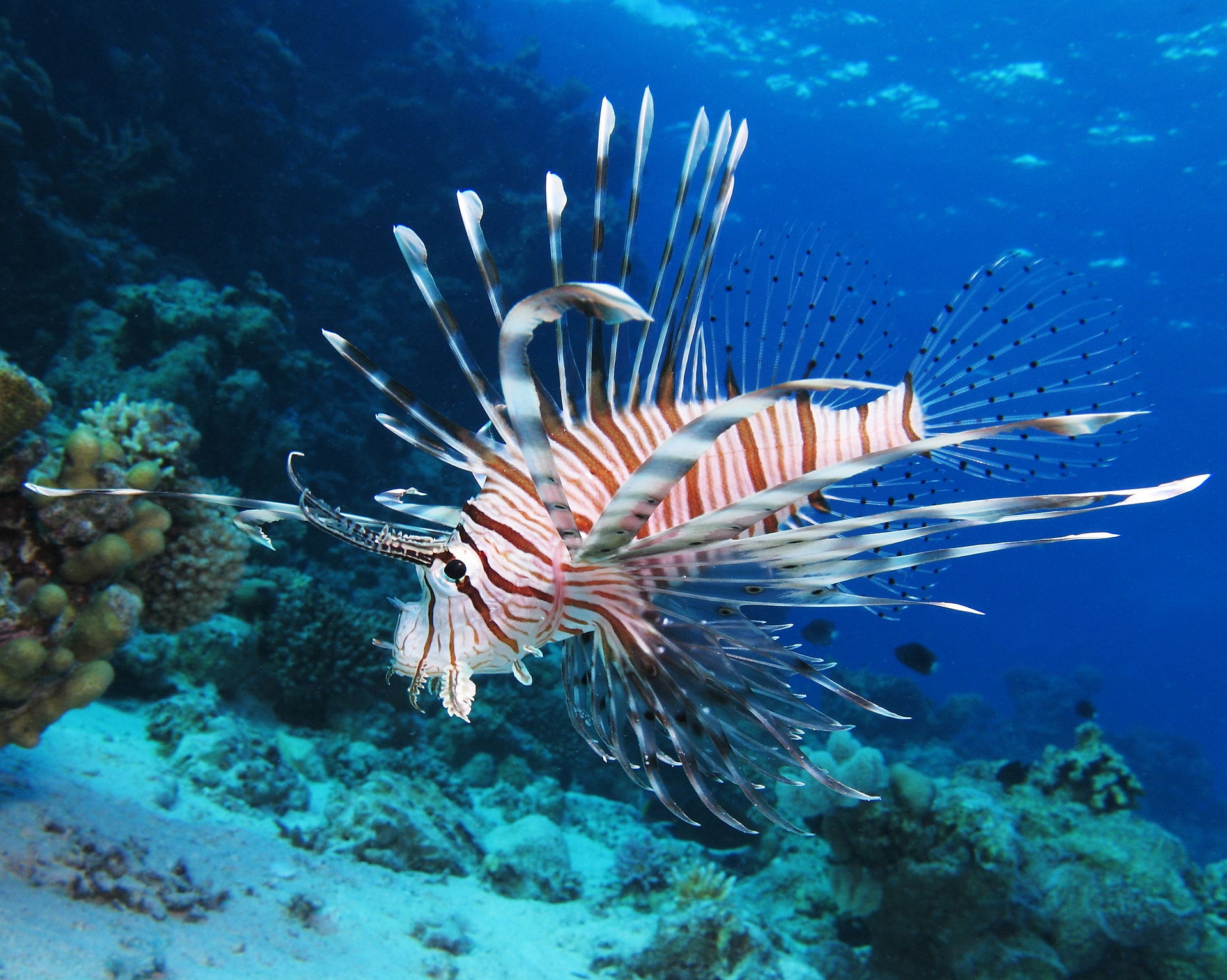 Most strategies fail at the absolute level everywhere, so I expect you need to take several answers and deploy them in an appropriate order to first weaken, then thin out and then finally finish off the populations.

My first to weaken would be incite racial tensions and war between the various mermaid factions and let them do the initial bulk work at low cost per unit.

You will likely need to prod and provoke and breed some really nasty fanatics to get things going to the genocide level, but divide and conquer has long proven success.

I really like Murphy's salt / oxygen starvation approach to finish them off, especially in smaller enclaves that become isolationist in the face of the growing troubles before you get to this final stage.

The middle is more difficult though, most internal strife will be burnt out by then, populations too scattered for disease or high effort localised methods to be effective, and there is plenty of space for them to keep running at this stage.

How about nuclear or conventional depth charge ?
The shockwave should be enough to kill them and beeing in the water there is nothing they can do to avoid it.

Also, since there is a so big difference in the technological level, you can also use a guided torpedo to deploy the charge in a place as close as possible to your targets without they suspect anything.
Bonus point: you can conceal your torpedo in a big mermaid figure since yo uhave not the problem to make it stealth

Throw trash in the water. People do this all the time. Think about oil, plastic and nuclear dump that's thrown into the ocean. We're threating the whole ecosystem without even trying. I think you should do that.

1) Engineered plague and a clean up squad. Disease won't kill all of them, but as long as it kills 80-90% it will be relatively easy to send in submersibles to harpoon and blow up the rest. Keep the kill squads around for a generation or two and whatever fragments of the Merfolk survived will be too small a population to be really viable.

2) Colony drop. Take several years or decades to maneuver an asteroid to land in the ocean. The shockwave, earthquakes, and decimation of a lot of the sea life will kill many of them. As soon as it's safe for humans, send in the kill squads and have a few nuclear bombs ready to destroy any large cities and pockets that survive.

Since this is a big ocean poison won't work as a realistic option, you'd have to sterilize the sea basically and at that point an asteroid would be cheaper. Nuking and attacking each settlement could work, but too many could escape unless you can cover the entire ocean in drones to track their movements.

It's easier and more cost effective to take the time initially to get them in one big hit.

Also to make the clean up easier, setting up refugee camps where the survivors could get food and resources as the rebuild, would be a good way to get as much of the surviving population in a few places as possible. Once the majority are in these places of safety set off a nuke in each one. That way the kill squads won't have to hunt down nearly as many to finish off the race.

Search for all the trapped carbon on earth and below oceans, mostly in the form of petrol. Pump it, refine it and give it to everyone so that they can burn it to get energy.

By doing so, they will release industrial level of CO2 in the atmosphere, thus leading to an acidification of the oceans. If the mermaids could survive it per se, it’s likely that their coral and forest homes will die, bleached out. Their food will disappear. They will get sick, starve and reproduce less. Eventually they’ll die out.

You could also encourage heavy fishing with destructive means such as bottom trawling to accelerate the phenomena.

As a side bonus, your civilization will prosper happily, with a nearly free source of energy and food (as long as they have another planet to go to if something unplanned goes wrong with the aforementioned plan).

Not the answer you're looking for? Browse other questions tagged biology aliens civilization or ask your own question.

20
How would an aquatic civilisation forge tools?

5
Would mermaids be able to sleep?
6
How do mermaids' ears work?
10
Would it be possible for an alien species to eat metal?
117
How does a species who cannot distinguish left from right build their cities?
6
How could aliens exterminate the human race while leaving the Earth unharmed?
11
How would a sapient species descended from felids become herbivorous?
4
Feasibility of albino lizard people
8
Adjusting to the Sound of a Waterfall