So, I have a design for a medium (minivan-van-small truck-sized) dragon whose fire expands quickly, and easily fills confined spaces. How, realistically, could that work, and what would it plausibly be used for?

Use electrolysis, or some other form of splitting water (plants do this with chlorophyll and sunlight)--have the dragon have a specific organ (a fuel storage bladder), and then use the hydrogen gas as the explosive gas (it's highly flammable.) You could also use ammonia or methane, produced by digestion. You might add some sort of dust (ever heard of flour exploding? Pollen would work too, anything fine and combustible(perhaps undigested proteins?)) The uses? Defense, attacking. Perhaps some industrial uses (I wouldn't reccomend smelting; the explosiveness and the tendency to have sudden high heat might damage the metal.) Perhaps as an energy generator.

Fire generally does expand quickly, our ideas of projected flame are based on either highly pressurized gasses (like a rocket engine) or a stream of burning liquid like a WWII era flamethrower. A dragon breathing a cloud of fire would be either a low pressure rocket engine or a stream of some sort of burning liquid, as just releasing flammable gasses and igniting them would consume the dragon in the fire. 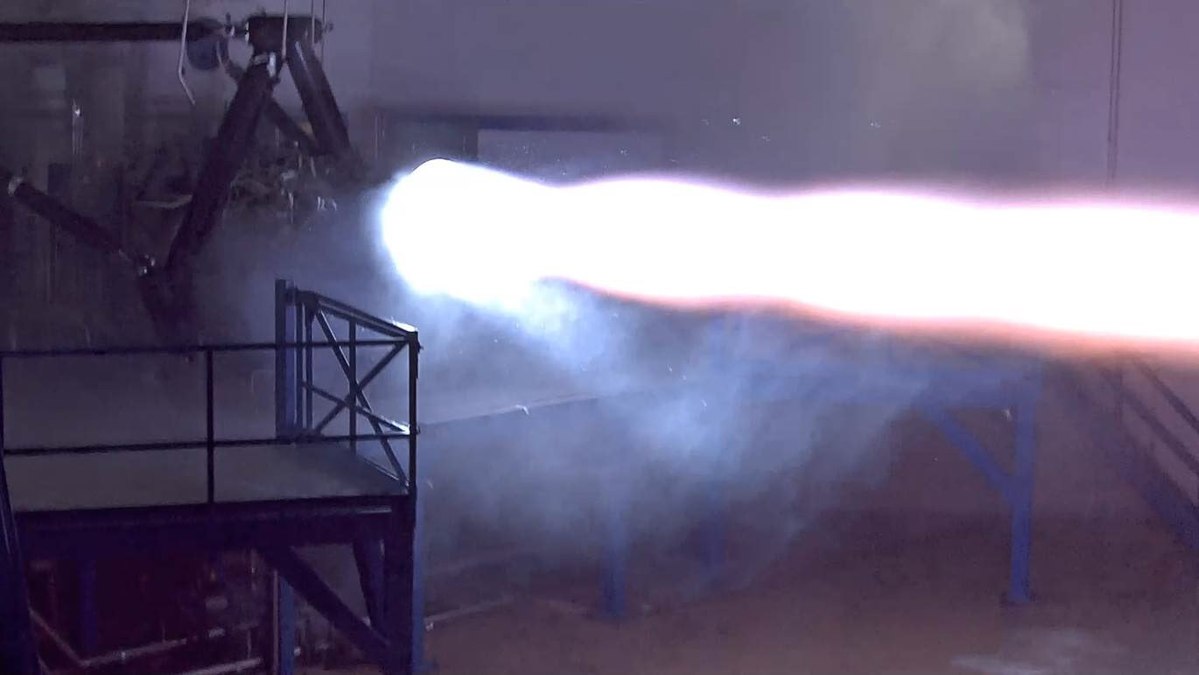 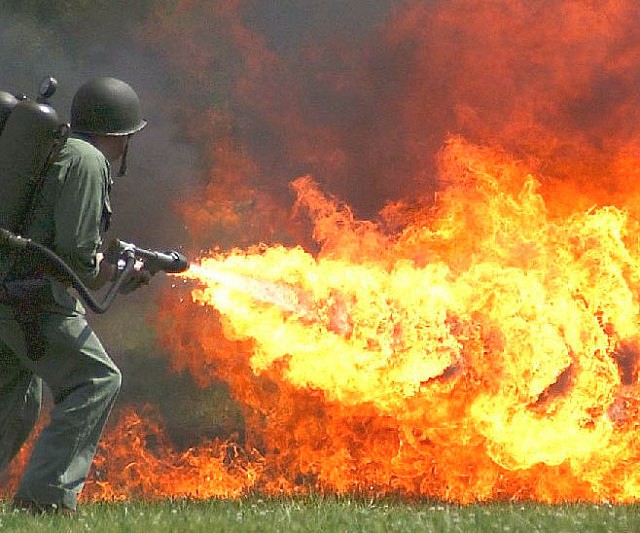 There are multiple questions about dragons on this site, so you can use the search function to look up details of various proposed flame generation systems for dragons.

The only way to reasonably interpret your question is to suppose the dragon has a flame resistant skin, and has evolved hard, fireproof nictitating membranes, the ability to seal its nostrils and maintain an internal oxygen supply sufficient to remain active while the flames burn around it (somewhat like a whale swimming underwater). This would allow the flame to act as a defensive mechanism, so the dragon expels a ball of fire when threatened to drive off potential attackers. Since releasing and igniting some flammable gas would only result in a small, rapidly dissipating ball of fire, the dragon might be releasing flammable gasses out of its cloaca for a sustained flame. Some sort of enzyme or chemical might be excreted as well for hypergolic ignition. 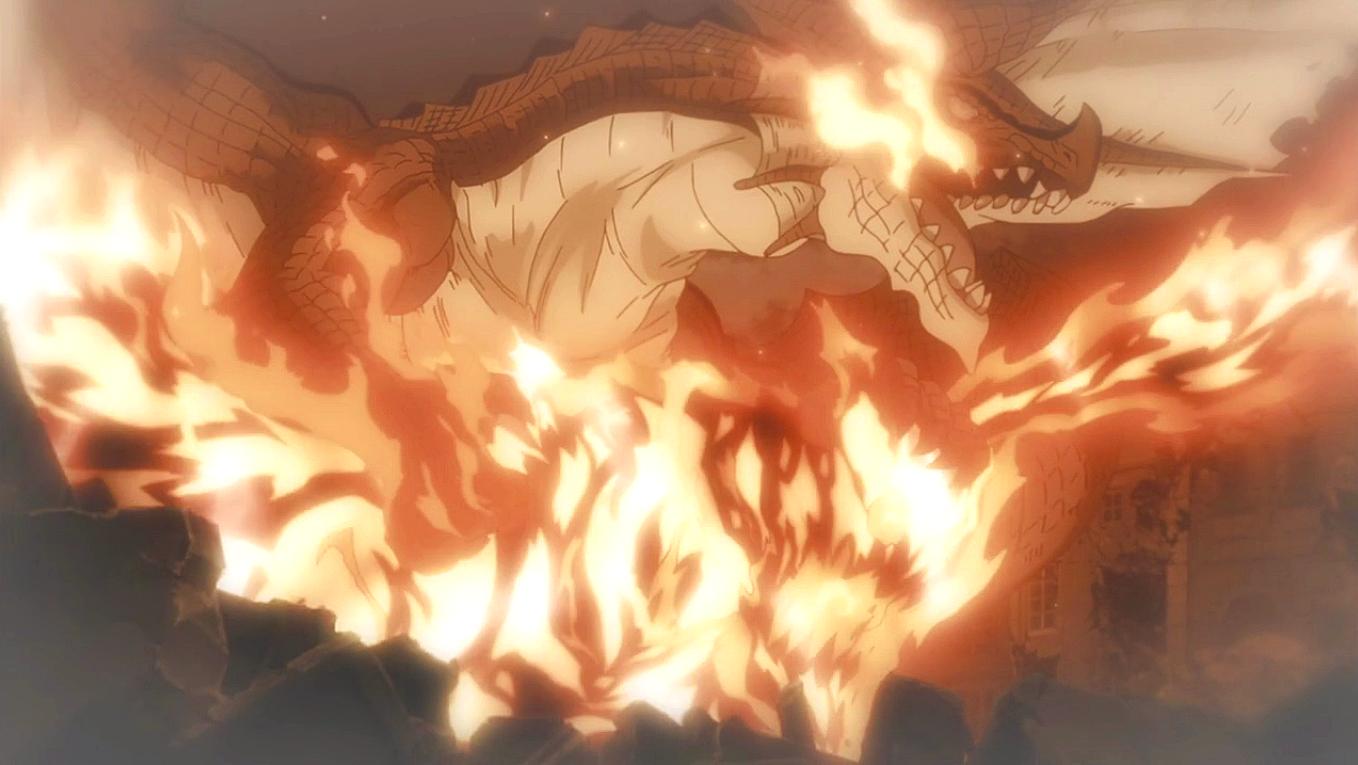 Not exactly where you were expecting the fire to come from

So instead of offensively projecting fire against its enemies, your dragon will create a cloud of fire around itself to defend itself from its enemies instead.

Intestinal gas is rich in methane. Methane is pretty easy to set on fire.

Your dragon only need to revert the flow, so that its intestinal gas escape its body from the other way.

The dragon can also host in his intestines fermenting bacteria which produce a bigger part of methane or even some alcohol.

Then it just need a spark source to ignite the outgoing flow. This can be achieved with a piezoelectric organ located in the mouth (modified tooth that generates sparks when compressed).

The thermal expansion of the burning gas will take care of saturating the environment where the fire is directed.

Your dragon would need to forage more on veggies than flesh to keep producing methane, but aren't grass eating dragons cute?

Definitely done this with a funnel, powdered sugar, and a propane burner. Fun, fun. For the dragon, just have it spit out some aerosolized liquid through a special gland in its mouth - maybe even pyrophoric, which means it ignites when it makes contact with air. So no spark is needed. If it flares up big, but doesn't persist it might be more useful to scare off bigger (non-fire breathing) predators, and/or your dragons could be pack hunters that use their fire to scare and corral prey. And of course fire is hot, so even if it's not napalm, it's a good addition to the list of natural weapons along side teeth, claws, horns, and tails.

For a fire to be able fill a space, it would need a source of fuel, such as the dragon. If the dragon is physically able to exhale the gas/combustible liquid/etc, then it would be able to fill a space with flames.

My personal favorite version of fire breathe, see doodle below, is this. The dragon can expel methane from his nose, instead of expelling as an animal normally would, they store it for this purpose. This dragon can also expel pure oxygen from its mouth.

Just as the the image states, as soon as this combination is released, the dragon quickly snaps his mouth shut, causing a spark. 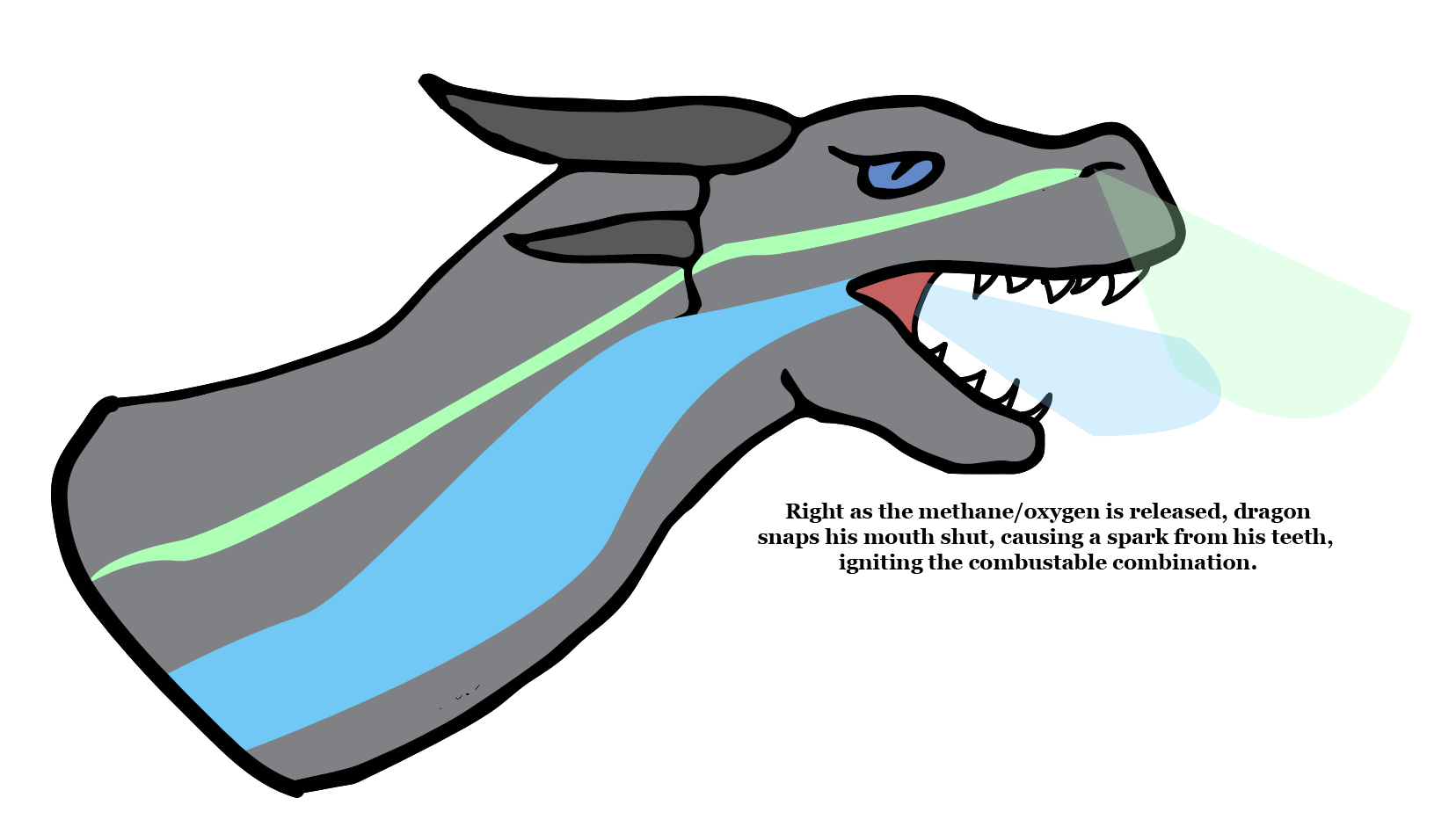 Here is a link for a much better example, also where I this so credit to them.

Since both methane and oxygen is a gas, as long as the dragon has a decent supply of both, he could easily fill the room.

Not the answer you're looking for? Browse other questions tagged reality-check creature-design dragons or ask your own question.

29
How effective would Dragon-Dragoons be?
11
Dragon vs Antiaircraft Artillery
11
How to artificially inseminate a very particular dragon?
10
Possible material for dragon wings
6
Hallucinogen Dragon Venom?
1
The Electric Dragon
6
How hot is my dragon?
7
Mythical dragon diet
15
How might boat designs change in order to allow them to be pulled by dragons?
7
Dragon fire As Powerful As Possible