Considering there are at least several thousand depictions of trolls in the media, we’ll be talking about the traditional trolls from Scandinavian folklore.

They’re usually described as being

They are described as having a temperament similar to that of a bear: peaceful when left alone, but if you mess with them, they will kill you. Could these evolve in nature?

P.S. Let’s leave out the part about them turning into stone in sunlight, because let’s face it: nothing in nature does that.

There have been a lot of postulations about the evolution of anthropomorphic fantasy beings, but I haven't found many on trolls, so here's my theory:

Due to competition from Homo sapiens sapiens, a community of H. s. neandertalis migrated north towards Scandinavia. Here, they experienced colder climates, and adapted accordingly. They grew hairier to keep them warm, and their noses became larger so that cold air could heat up before breathed. As Bergmann's rule states, endothermic large mammals in colder latitudes grow larger, so the Neanderthals grew taller and their arms grew longer. Then, to conform to Allen's rule, their extremities grew smaller (Looks like we'll have to do without the tail if you don't mind.), making them large, but stout. The disadvantage of life in the Scandinavian wilderness is the presence of large predators - bears and other carnivores. To evade them, their hearing improved - and they could hear the faint rustle of a bear in the snow.

So, that explains how they're tall, stout, hairy, long-armed, big-nosed and large-eared - everything you asked for except the cow's tail, which I really can't see evolving for reasons of both practicality and timescale. But, do note that when I say "towards Scandinavia", I mean the southern fringes of Scandinavia. Most of that part of Europe was buried under massive ice sheets at that point, and even on the sheet's borders life would be incredibly tough - to be honest, the conditions would have been so harsh I'm not even sure this theory is entirely plausible. Then again, nature has produced some death-defyingly extremophilic creatures, so maybe it is possible.

Oh, and about the temperament, that doesn't really need an evolutionary explanation. They would live in the same sort of environments as bears, and such habits are all but a requirement for life in a place like that.

This may be the easiest question in the anatomically correct series.

Some humans are born with tails:

Here we present a case report of an infant born with a true tail. A 3-month-old baby girl was brought to paediatric surgery outpatient department, with the complaint of having an 11 cm long tail. At birth it was approximately 7 cm long which grew to 11 cm in 3 months.

Some humans are tall, stout, hairy and have long arms. Here are some pictures of french wrestler Andre the Giant: 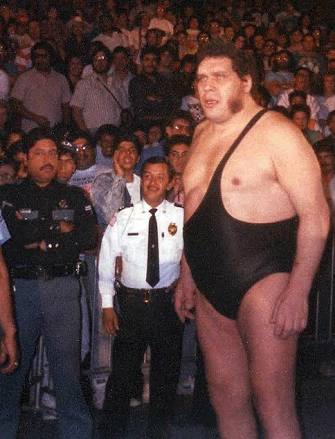 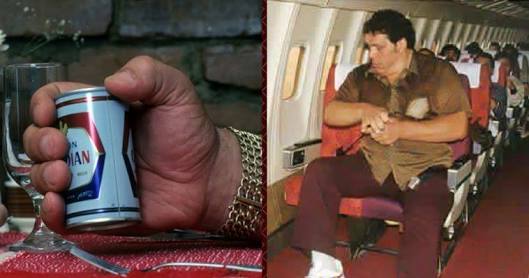 As for the big nose: that is quite common among humans.

So, we humans are less than a handful mutations away from a troll. Imagine a hominid species that does have the genes for those traits and you have a troll.

As for turning to stong in sunlight, that may be a historical grammar mistake of the same kind that caused orcas to be killer whales nowadays (the original name for them was 'whale slayers'). The word "petrified" has more than one meaning in English:

As soon as they got on the stage they were petrified with fright.

(or do you really think Gloria Gaynor meant she had turned to stone?)

Anyway, trolls might be afraid of direct sunlight, maybe due to having eyes better adapted to dark environments. Misusage of the term caused legends to spread claiming that they turn into stone rather than being frightened.

Not the answer you're looking for? Browse other questions tagged creature-design fantasy-races anatomy or ask your own question.