I'm trying to incorporate elemental 'magic' in my story. Say the characters in the story have the ability to manipulate particles at will. But to efficiently utilize them, they have to understand the physics/chemistry behind it. For example, to use fire 'magic', the user must understand the fire triangle, then they can use the magic

So what would the characters need understand to generate lightning blasts. I'm looking for something along the lines of the fire-benders using lightning from Avatar the Last Airbender series, if possible.

From a scientific perspective fire and lightning actually aren't really related except for the tendency for lightning to create fires. This is due to the heat produced by the lighting itself. Fire is really the rapid oxidation of a fuel, while lightning is a massive electrostatic discharge, or plasma in a more physical form (not by much).

In our non-magical world we can manipulate fire by manipulating either the fuel or the oxygen (i.e. spraying like a flamethrower or changing available oxygen levels). Lightning functions far more radically, but we have gotten quite good at directing it with grounding wires and Tesla coils.

For your purposes, you could in a way use "magic wands" as a near literal lightning rod. Thus the lightning would strike the nearest grounding point (i.e. dude you point it at). Alternatively, if understanding is all that is necessary in your universe, I might suggest the physics of electron transference and really anything relating to plasma.

I would recommend keeping the sorcerers(?) control over lightning to a limited state. If it were finely turned then it essentially becomes control of electricity and by extension the bonds between matter itself and you end up with X3 Jean Grey.

I have read a few theories on lightning weaponry by using two high powered lasers in parallel to essentially ignite the oxygen between them into plasma. You then already have the burning affects of the lasers, and then the disintegration (for lack of a better word) produced by the lighting. This is just a more real world example that might give you ideas for how to do something similar in your universe.

That said, if you want to connect fire and lighting like they do in Avatar, I would say it isn't fire or lightning bending, but rather light bending at different levels of proficiency. I imagine that might open up all sorts of other possibilities if you start relating to the entire electromagnetic spectrum (i.e. radiation, invisibility, infrared and xray vision, etc...).

Taken on a small scale, how would you blast something with electricity? STATIC SHOCK 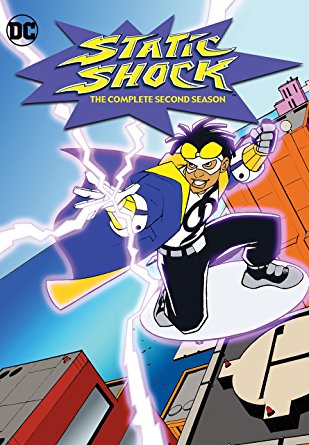 For your electricity powers to work you need to know the balance between negative and positive energy (electron buildup). For example, maybe your magic users need to move or vibrate against specific materials in order to build up charges (magic carpet?!?!?!) by building up a large amount of electricity, the wielder can exert magical ability to retain or discharge the power into something with less charge. Thus a high level lightning user would be able to use magic to absorb lesser attacks while also being able to overload a lesser magic users with more electrons than they can handle.

The first thing to understand for such a mage is static electricity. It is everywhere. It's prevalent and very high voltage. Human bodies experience up to 10kV regularly, and don't even notice a zap until it hits around 3kV. Voltages can get up to 35kV without corona discharge. What it lacks is energy: these little shocks are high voltage but very low current.

A static mage may learn to manipulate these via ion bridges. A little plasma goes a long way in this case. Air is a very good insulator, at about 22kV/in. However, once it breaks down and ionizes, that insulation drops rapidly. Ionized air can approach the resistance of a simple wire. This means fun. If a mage can chain together several "batteries" in series by linking charged objects together in parallel, you might get some useful energy going.

The real power would be from the ability to wait until mother nature builds up a charge in the clouds. How does that happen? We don't actually know. To date, we still don't have a good comprehensive sense of why clouds build charge, but we know that they do.

All a lightning mage would need to do is to ionize a path for the lightning and let physics do the rest. Of course, the physics is pretty impressive. Also worth noting is that they will be limited to roughly 60m wide targets. Lightning tends to jump towards targets within 60m.

Easy, take a plasma and just hurdle it against anything you want. Just wear that ironworks silver suit because it's gonna get hot.

Just throwing an electric arc would be not so bending as lighting would search closest negative leader, which could be behind caster and not in the place he would like the electric to go. Or they could be quickly smitten by their own magic by opponent throwing washers at them.

That's a good idea for making a villain an electric bender and how to defeat him. Wait for him to start bending, throw galaxy nexus 7 at him and watch as he is consumed by the explosion.

I'm not sure but this is my global idea of electricity and how to bend it. Lightning is created when there's to much energy that isn't used.(cold clouds blend with warm clouds create energy). Maybe if the can manipulate the heat/cold of the air at miniscale they could bend lightning.

First they need to understand static electricity. If the can manipulate particles at will they can create static buildup at will.

Then they need to move a stream of conductive particles to cause a discharge of the static on the path they want it to go (Path of least resistance). And move Particles out of the way to where they don´t want it to go (vacuum as insulation)

5
Shapeshifting and Scientific Magic
0
Magic of the Three Gods (Fire, Lightning, Ice)
3
What happens if two lightning bolts collide?
6
In a medieval world, how a melee soldier practically defend against a lightning bender?
24
How can a firebender become an effective, but stealthy, assassin?
10
How can elemental magic aid forensic in a magical murder?
4
How big of a fire do I need to create a hurricane?
8
Diving into water to escape lightning attacks