How big of a city could my volcanic island support?

Now this volcanic city is not just any volcanic island, it is only a couple hundred miles above the northernmost tropic but that really isn't important, what is important is that the coasts of the island approximates a triangle very closely. So if your following along on paper you should draw a triangle pointing downwards to represent the island, however at the bottom you see it compared to crete so you don't need to.

on each coast (especially the west and north) there is volcanic mountains, this should make especially fertile soil from what I know. So on the northeast corner of the island there is a massive city, it has access to a bay and the vast majority of rivers/creeks run into it, it is the only major city on the island so how big could it get?

For further detail, the island is not physically isolated, however the inhabitants are very isolationist believing that the surrounding lands are ruled by a demon out to destroy them. However eventually the island was invaded and the invasion was not beaten back and the inhabitants realized that the neighboring land wasn't controlled by a Demon and so they began trading with the land to their west. The east coast cannot see any land east of them (except maybe a few islets). The question is really how big this port city would be and if it would be reasonable for their to be a port city before they began their trade with the west?

The inhabitants have wings but (from what I know) can only glide, if it would be more reasonable for the city to be inland (maybe in the islands middle) then a port the question of how big a city this island can support still remains the same.

they have iron but saying that they are bronze age or midevil level technology would be... not the best descriptor. They can work metal, they have farming technology specialized to maximize their food production with simple tools and no major domesticable animals.

Based on the map example, your winged inhabitants live in an area with less than 400 square miles. That's not much, to say the least.

Currently, it takes about 0.5 acres of farmland to feed one person -- but that's with modern equipment, automation, increased plant size, etc.

Early farming was limited and generated far less output, but people were also considerably smaller and consumed less. Since I can't find data on early consumption amounts, let's surmise that each inhabitant could survive on a single acre a year, supplemented with fishing.

Considering the mountain ranges, volcanic rock, forests, and sandy areas -- let's say that they somehow manage to have a full, 25 square miles of suitable farmland (dispersed around the area).

That would result in a maximum of 16,000, wingaling inhabitants (one per acre). 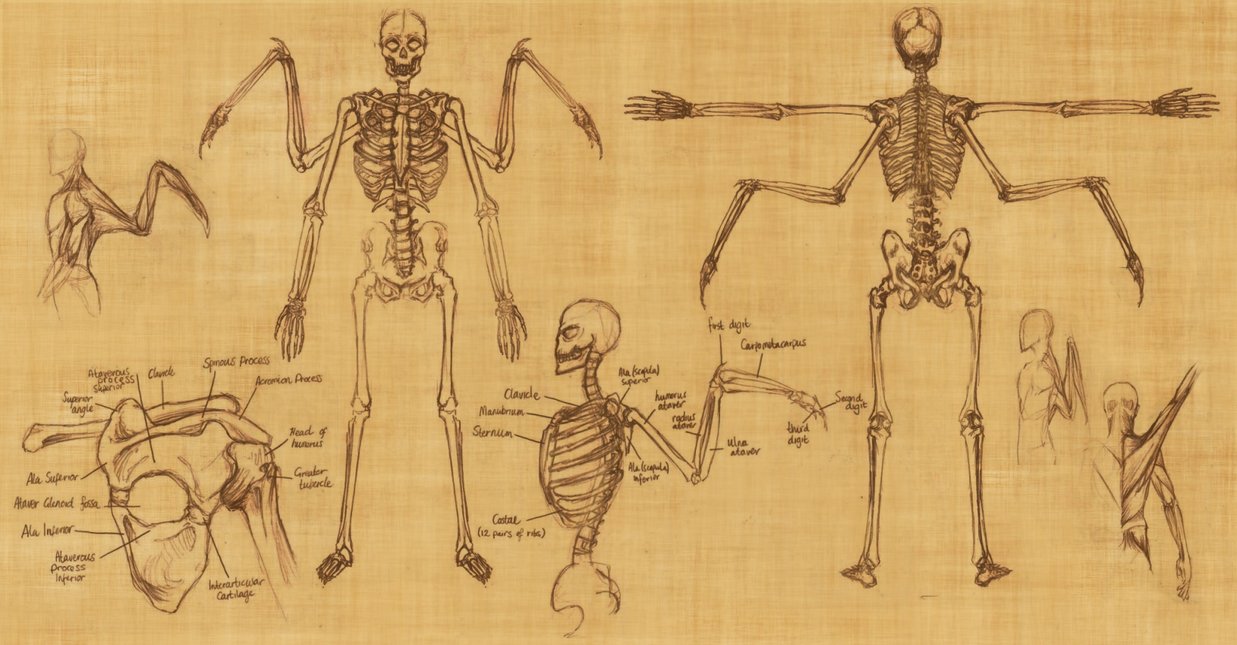 Jared Diamonds theories of civilisations may be worth reading.

There are many factors that contribute to why civilisations rise, fall, get big, or remain small. Although fairly populist, it may be a good introduction. In his earlier publications, he mentions 3 factors that influence the power and size of civilisations:

To conclude: He also cites villages in Papua New Guinea - why did they not evolve into cities? The answer, he surmises, is that there were not many others nearby to collaborate, trade, or conflict with, no crops to support large yields (like wheat), and finally no ability to alter the environment to suit new techniques of farming and water transport (due to terrain). This is why they only remained in fairly small villages for over tens of thousands of years.

There are many other influences of course, but in general a broad question delivers a broad answer.

Rule of thumb: It takes an acre of farm land to support a person. Lots of fuzziness to this. Less land with rice, more land with grazing. This assumes also that people have a way to keep most of the food from being eaten by rats.

Behind this: It takes about 2500-3500 calories to support a person who is working physically. For grain, you get about 3.5 calories per gram. So it takes about 2 pounds of grain per day. This agrees with numbers used by the Roman legion.

On the average a woman and a child will use about the same number of calories for a sufficiently loose about.

A modern bushel is 60 lbs of grain. So it takes a bushel a month to feed someone. 12 bushels a year. So if we can get 20 bushels per acre, we come out ahead. That allows us to feed chickens, a pig, some rats. It allows us to dedicate some land for a cow or a pair of oxen as draft animals. It covers the 20% needed for seed for the next crop. And a few bushels to the Tax collector.

Based on this, a square mile of land in agriculture will feet about 600 "man units". If, at any given time peasants average families of 6, with a man, woman and 4 kids, figure that woman and 1 kid is a unit, and 3 kids is a unit. This would be 200 families of 6 people or 1800 people total.

A subtropical climate can produce 2-3 crops a year, if the soil is managed properly.

A smaller creature uses less energy, a larger one, more. See Poul Anderson's "The Earth Book of Stormgate" for a good example of a sentient avian alien.

If they actually fly, they need a higher metabolism -- more food per day.

If you are going to have combat, then it takes about 30 peasant families to support a man at arms, and over a hundred to support a knight.

You can have an armed yeomanry (England at Crecy and Agincourt) but this is uncommon. Being a warrior in a muscle powered society requires the sort of dedication that being a professional athlete does. You need to spent hours both in workouts to keep strength and wind, and more hours practicing the skills. In battle, you don't have time to stop and think. Even grunt type positions, such as pike bearer, take months to learn. A roman legionnaire took about 6 months of training, mostly in how to stand, how to carry a sheild and how to thrust, and how not to run away. And how to make camp. At that point he was transferred to a legion, as being someone who wasn't quite as dangerous to himself as to the enemy.

Not the answer you're looking for? Browse other questions tagged cities civilization or ask your own question.

8
How big is a big city?
7
City in the wake of the Yggdrasil: Engineering Considerations
33
Is it reasonable to have a town that is only accessible by sea?
11
How big could a city possibly get?
20
If 1 million people were plucked from the Earth today and put on a new planet, how long would it take for a civilization to arise?
5
Water supply on an mountain fortress
8
Land Requirement for Island City
8
Feasibility Check- Is aquaculture a possible food source for my civilization