How could a sentient life form move an exoplanet the mass of the Earth?

Okay. I have been piecing together the elements of another story for my school PDF newspaper (we publish one to a wiki page every two days). Yesterday I asked this question on whether a second habitable planet could evolve life in the solar system and what its location could be if we kept all of the inner planets. Ckersch pointed out in his answer that a planet could orbit stably in the L4 and L5 positions.

I have decided to make this second habitable planet have intelligent life. Technically, in my world the planet will come from out-of-system, meaning it has been a rogue planet for a long time. The intelligent creatures that lived on it have survived and when the planet began to pass our solar system, it entered and the aliens figured out where the stable L4 and L5 points are in the inner solar System. Since their cities and society above ground froze solid soon after exiting their own system, most of the infrastructure for the planet is still semi-viable (explaining why they don't simply jump ship to Earth or Mars).

The point is, they manually moved their whole planet into the L5 zone. My question is, how could one move an Earth-sized planet? Would one use rockets of some sort? Are there any feasible manners in which to do this, assuming my alien race recently discovered how to mass produce and use antimatter as a source of energy?

If the occupants of the exo-planet were technologically advanced enough to survive the permanent ice age which comes with their world's out-of-system rogue status, they might also have a handle on direct manipulation of gravity. Specifically, they would need to be able to bend the fabric of space without the conventional crutch of mass. They would need to be able to induce and dissipate intense gravity wells by application of energy alone. And as skysurf3000 suggested, they would need an incredibly huge amount of energy.

Now given the availability of stable orbit points at L4 and L5, and with respect for all of the gravitational relationships already in play in our solar system, I would suggest that there exists at least one perfect vector and speed upon which a rogue planet could enter our solar system and be captured into L4 or L5 orbit around our primary, without disrupting the other planets' orbits significantly. The planet would have to be coming from just the right point in exospace and would have to be travelling at just the right speed in all three dimensions, arriving at just the right moment... It would have to be perfect, but it could (and previously has) happened.

The trick would be to calculate the exact vector, speed and timing and then manipulate the rogue planet while it is still out in deep space until it conforms exactly to that course. The manipulation would involve creating multiple gravity wells into which the planet would plunge or from which it would climb, each time changing its course and speed until finally everything was just right.

The exoplanet aliens would probably also need a rather large space ship to shelter in off planet during some of the more radical preparatory course changes, but that is a rather small requirement compared to the equipment needed for planetary billiards.

A problem with moving planets is they have vast inertia, and trying to move it quickly into a new orbit would probably be very disruptive (think giant earthquakes, volcanic eruptions and other natural disasters).

You can move planets by shooting asteroids past them. The gravitational interaction will transfer energy from the planet to the asteroid (or vice versa, depending on how you choose the orbits and interactions), with the lane gaining or losing a small amount of energy with each flypast. Multiply this by millions of asteroids over thousands or millions of years, and you have a fairly stress free way of shifting your orbits. It is thought that something like this (on a grander scale) can explain the shifting of the orbits of the Gas Giant planets in our solar system since the creation of the system, or the strange orbits of "Hot Jupiters" orbiting close to the suns of other solar systems.

Of course this takes lots of time and resources. A rogue planet coming in from interstellar space is quite possibly moving far to fast to even be captured by the Sun, and will simply fly through the Solar System on a hyperbolic path and exit back into deep space.

In Larry Niven's novel pictured below, you can gleem that moving planets is part of the plot. 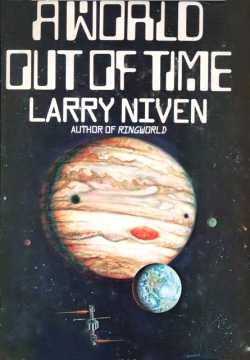 He used a gravitational tether: move Uranus around and Earth will follow it after approaching closely. To move the ice giant (he probably thought it was a gas giant in composition) he had a thruster use the atmosphere for fuel and reaction mass. Ejecting a fraction of the planet will move the remainder.

So, you move one planet in a manner that would deatroy it or stress a rocky planet, slosh oceans around, etc. Then use that to more gently move the target planet.

Gravitational tethers have been studed seriously in later decades, for use on asteroids.

Also, we know that planets move (change their orbital parameters) naturally. Neptune and Uranus did not form anywhere close to their curren positions and were in the other order.

A story set in the future could use some evolved more mature nomenclature reflecting the known objects and ways to classify them used by people to effectively communicate within their fields of study.

A world-sized object with rich solid structuring and renewing surface, hydrosphere and atmosphere with dynamic behaviors worthy of study individually, is the thing being studied by an entire scientific discipline, so it ought to have a name. And they don't care about the location per-se, so Titan (not a planet), Earth, and the untethered world (not a planet) all are that, and parking the untethered world is intentionally not changing those characteristics.

5
how could I move an earth sized planet?
3
What would the consequences be if there was a planet other than Earth, Venus, or Mars that was in the habitable zone?
3
Could we move and terraform the planet Venus?
1
Could we make the Solar System or the Earth a space craft using only local materials?

17
How could you keep a rogue planet warm(ish)?
14
Are trojan planets possible? Are habitable trojan planets possible?
13
Can two stars orbit each other but each have their own planets in stable orbits?
6
I've determined how many planets my solar system could plausibly have. How do I figure out what kind of planets they are?
5
How does the n-body-problem affect a star system around a red dwarf?
12
How might people try to stop the world becoming a rogue planet?
14
Could a creature carry its own biome and be self-sustaining?
6
Binary Star System Build - Alpha Centauri
3
Is this rogue planet capture process possible?