How to completely destroy a city, without leaving clues for humanity 4,000 years later?

I want to burn down a city completely. Nothing must remain, ashes to ashes, dust to dust. Even though I'm a supernatural being, I want this to happen in a natural way. I also want the destruction to not leave any traces that can be used by humanity 4,000 years later to identify what exactly happened. The event may however leave traces that make them guess what happened, but it should definitely not lead to the exact cause. 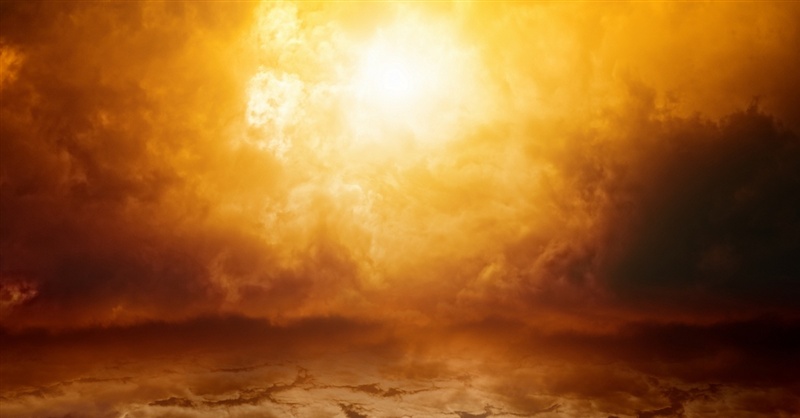 What are my options? Any natural disaster that can be of use? Is this even possible in a natural way? Please be creative.

I was thinking about "fire from above", but a meteorite impact would be visible for more than 4,000 years.

Edit 2: The amount of answers and comments is overwhelming, thanks! I have rewritten the requirements/details to make things a little bit more clear. I also added the word "preferably" to two of them, meaning slightly more answers should be possible. Just keep in mind "preferably"...

Also note that this question was first talking about two cities. I changed this to one city because: if it works for one city it will probably work for any amount of cities.

You can use nanobots, basically converting anything organic and synthetic to carbon or any material -let's call it ash for now - you choose until they themselves consume themselves leaving but a pile of whatever material you want to be blown across the world by winds. If you choose to just have the nanobots convert just organic and synthetic things then you'd be left with a lifeless barren rock, mountains and water. If you want just people and man-made structures to be consumed then just program the nanobots to do so.

Honestly, you can probably just kill off the people who live there through some nasty supernatural means that makes the city "cursed" in the inhabitant's eyes. Then you just let time and the environment do it's thing. Metals degrade and completely break down over thousands of years. Clay and stone would take the use of water to degrade since H2O is a pretty good solvent that can dissolve silicates pretty easily given the time and chance.

So, yeah. You don't need to do much at all, really. Time and environment will do most of the heavy lifting for you.

Not the answer you're looking for? Browse other questions tagged reality-check cities weapon-mass-destruction ancient-history natural-disasters or ask your own question.

19
What is the likely method of surviving a Tsunami in a city?
1
In this scenario, which natural disaster is more likely?
4
How would an unexpected zero-g event affect a city?
49
How long could the sun be turned off without overly damaging planet Earth + humanity?
13
How many “years without a summer” can society survive?
7
How to wipe out ALL life on Earth, but leave it habitable?
9
How big could a meteor crater be without causing significant secondary effects?