Is my idea for a creatures natural armor plates realistic?

First of all:
I don't think that diamond is a good material to use. It isn't even really resistant to pressure. So... it's a stylistic choice and of course I want to know if nature could be this crazy.

The "Creatures":
The alien creature I'm talking about has a wasplike abdomen. All kinds of necessary fats and fluids are stored there. In the mid of it, there's also "the organ in which the babies grow". (This isn't easy for me)

The "Baby":
When the first growth process of the "baby" has ended, the "armor" gets added on its skin just before it gets spilled out.

The "Process":
Graphite gets around the "baby". It sticks on some places, on others it doesn't... 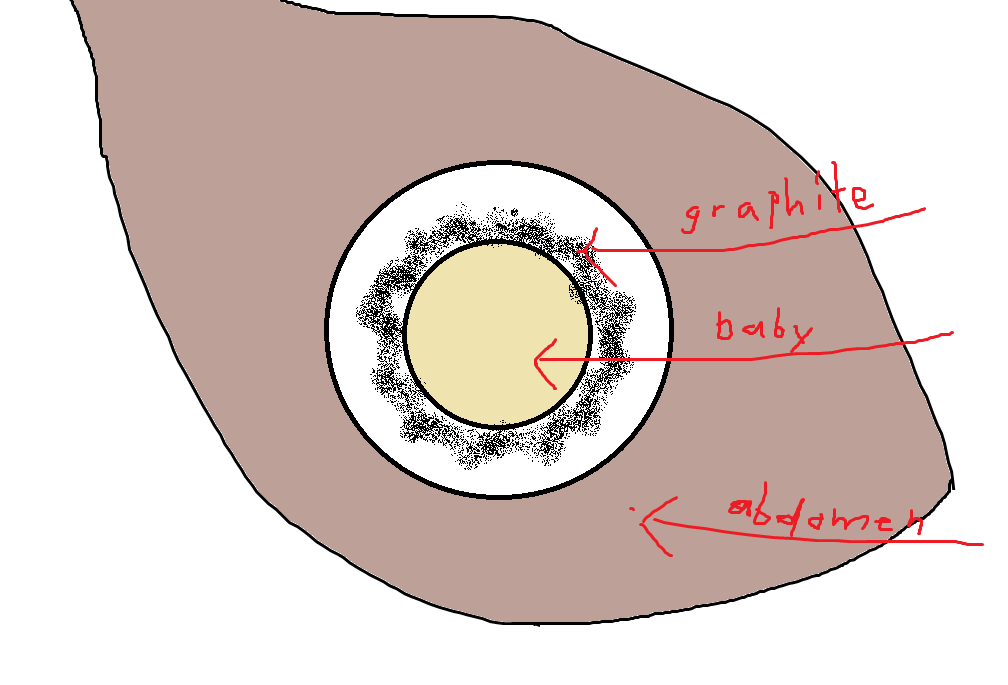 Some sort of hydrogen-gas-mixture is made hot through micro waves. (Somehow by another organ) The generated plasma turns the graphite into a layer of small diamonds. 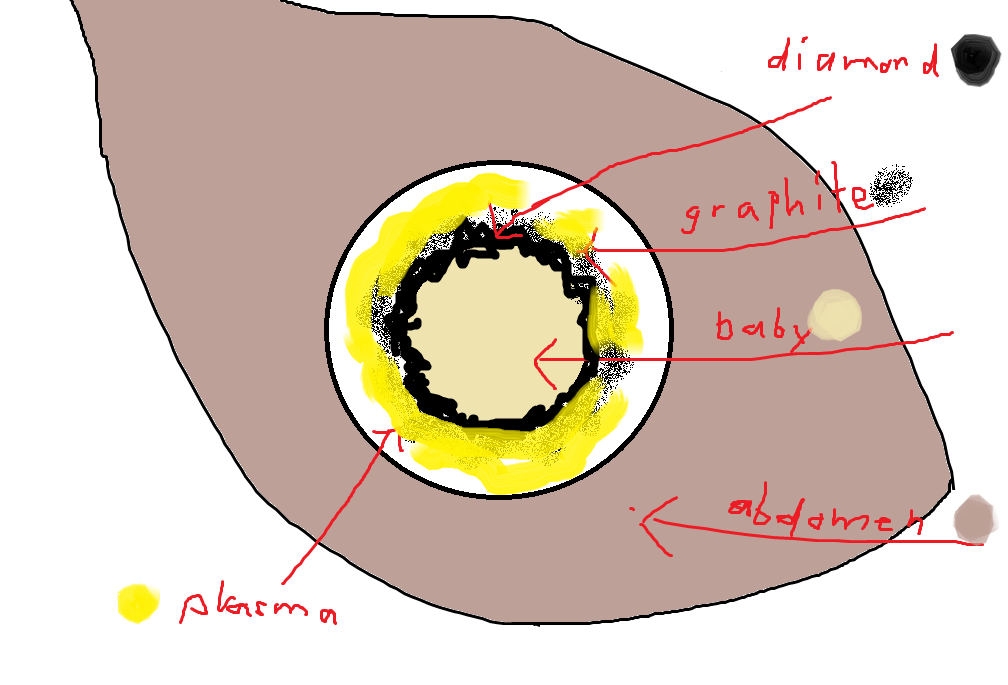 The Diamonds stay and are later used as armor, teeth and nails.

Nature does not use the Haber–Bosch process (requires 400 C and 20 MPa) to produce ammonium, it uses nitrogenase enzymes from rizobia bacteria. Do the same: Make up a bacteria that can generate diamond, and have them live in symbiosis with your animal, in its skin.

You are running into the problem of Occam's Razor, aka Parsimony, and others...

So the first problem is that to get to where you want this species to be you require so many contrived circumstances for a benefit that isn't even really that good (diamond skin?), that it is extremely unlikely to happen. It is not realistic, because if a real organism needed this amount of defense (diamond shell/skin) there is almost certainly a better, cheaper, more efficient, and more advantageous way to evolve a comparable benefit. For example if the problem is predators, have extremely dense bone? Be faster to not get caught? Etc.

So you would need a ridiculous number of very specific circumstance to get to the point where what you have suggested could even be possible. But after it is, you still have problems with this species that would basically guarantee it dies immediately. For example what happens when the organism grows? Diamonds don't really expand to fit the shape of the growing animal underneath. So you have created an animal will likely go extinct in its first generation as it is crushed by developmental limitations, unfortunately. But this is not even the biggest problem.

The biggest problem is the radiation. You're talking about having microwaves passing through this animals body that are so strong they turn gas in the womb into plasma. Nevermind the problem of containing plasma. Any animal that uses DNA will never be able to survive the radiation, or make a thriving species with that limitation. Any baby using a genetic coding system (even if it is different from dna) that can be destroyed by intense microwaves everywhere around them, microwaves that are strong enough to create plasma in its womb, would also have this coding system get destroyed. Think immense dna damage or even just have the rest of the animal turn to plasma too, why only in the womb and not all of its flesh? Regardless a baby that has to develop from a single cell or a small relatively unprotected embryo at some point in its developmental cycle will not survive any of this process.

So is this realistic? It is not. Even in a crazy sci fi setting this is still not very realistic. But somehow somewhere if you think hard enough, there might be some way for this thing to exist. But you are looking at thousands of very specific environmental pressures.

For this one you are probably going to need a lot of hand wavium.

Not the answer you're looking for? Browse other questions tagged science-based biology chemistry or ask your own question.

6
Could a creature harden its natural hide plates with metals it consumed?
21
Could human bone act as effective natural armor?
13
Is it possible to have detachable natural armor?
3
Could natural armor plating protect a creature from radiation?
3
Best natural armor possible for a fantasy humanoid
16
How can my powered armor quickly replace its ceramic plates?
8
Is my idea of Wyverns realistic?
5
Origin of portable armor for a race of creatures