So there is a humanoid creature 9 feet (2,75 meters) tall, about 1000 pounds (about 450 kg), and 10 times the strength of even the strongest men. What would be the best one-handed, blunt weapon for him to use assuming he primarily fights regular-sized humans in small groups?

A mace, preferably the leftmost one in the picture below - given the strength of the creature the blunt force should be enough to shatter anything.

All the added bells an whistles on the other maces would increase the chance of getting stuck in an enemies armor or braking/bending under the impact. That would needlessly slow you down when already having enough destructive force. You main concern will be getting swarmed so you need to shift targets quickly

You also would want to make the weapon rather short against regular-sized humans in small groups. If the weapon gets too long it would risk being under-run and unable to act effectively in close quarts. The usual reason for longer weapons do not apply when you are able to shatter any defenses or polearms of your enemies with the flick of a wrist and already have a 50% greater reach.

On anything made of wood the handle would probably shatter after a few blows - given that the creature and thus his hands and the weapons handle are only 50% bigger than a normal human but he has 10x the strength.

Best counter tactic for the humans: Swarm out and attack with ranged weapons or attack with short sword/daggers, surround him and get really close really quick. 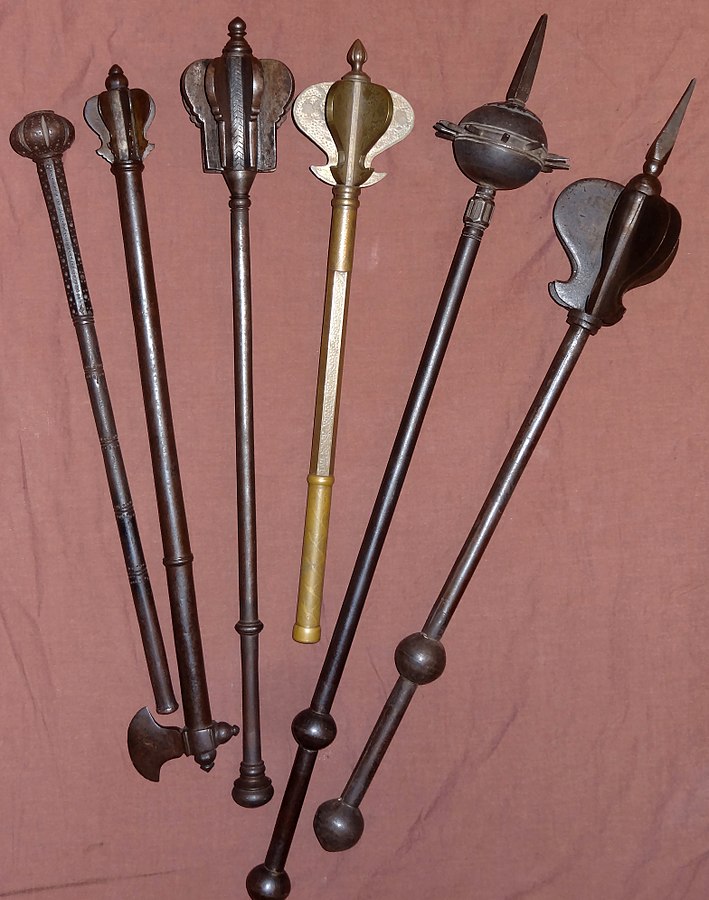 In battle or in arenas where a gladiator or warrior is used to fighting often, tactics involving protection and maintaining distance are paramount for repeated victory. Assuming he could get his hands on any equipment, he'd likely favor a long-range weapon that is unobtrusive and a medium-to-short range weapon that still allows him distance without getting hurt.

For the long-range weapon, assuming there are pistols and rifles, a pistol would likely be an excellent compromise. Kept loaded and ready, he'd likely favor the pistol because it is light and he could get in a shot before having to switch to his medium-to-short range weapon. He probably would not put much stock into being able to reload it in time for a second shot, meaning he'd load it prior to battle and fire it once before close range fighting.

Against smaller "normal" humans, a polearm would almost certainly allow him to inflict serious blows while keeping his distance. One of the disadvantages to the polearm is that it is slow, but my guess is that with superior strength, he can more than makeup for that disadvantage. It has also the considerable advantage that against multiple fighters, a single fast pass can at least destabilize the fighters, but far more likely that they would immediately sustain injuries, armor or not. He could maintain a distance which would otherwise not be possible at close range by using swords or daggers.

Other short-to-medium ranged weapons would be likely equally suited, as they all depend on maintaining a reasonable distance, but would be difficult to use without significant strength and size. These include the flail, scythe and lance (though the latter may be less useful against multiple fighters).

I think any king of fighting stick will work very well, like the ones used in escrima or kali. Better if it is all steel. 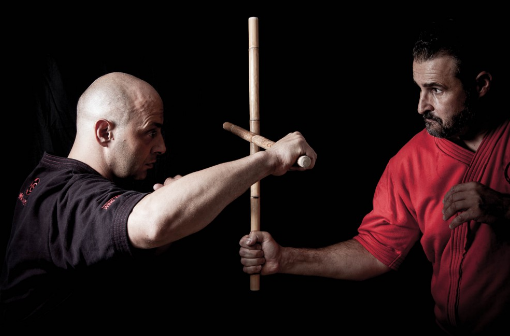 Basically, your "giant" hits with so much strength, that any blow would cause broken bones even with a good padded armor.

So he just needs his weapon to be durable (with his height, he'll hit a lot of helmets and push out of his way another weapons), fast (because he is fighting groups) and with a better reach than a one handed mace (because his enemy will probably use spears and halberds against him, so your humanoid will need to take advantage of his longer arms).

Bonus point: sticks can be thrown quite well (there is even a hunting technique based on breaking the legs of your prey by throwing sticks at it and the boomerang was born like this). This will help your "giant" against archers, javelineers, horseriders and, of course, annoying shepherds with a sling.

A War Hammer would be nice. It allows you to use either the blunt or the pointy side, or even grapple, depending of your needs. With his superior force, your guy could unbalance a foe by grappling his shield, then take a strike in the opening.

Against another of his own kind, you are back to a human-human like fight (even if bigger scale), so the "rules" for humans apply, I'd say a sword for duel and a bow for long range shots.

A chain also can be accelerated faster than a solid rod because you don't have to put your whole body into it. If the average strength of a human is (100kg x 1 gee acceleration = 1kN), then your creature's strength is 10kN. Then the acceleration on a 20kg ball is around 500 m/s/s. Using the velocity equation, is about 57 meters per second. Convert that into kinetic energy with $ E = {1\over2} mass \times velocity^2 $ = 60 kJ, or roughly the impacting power of a car at 20 miles per hour. And that's without a good wind-up. 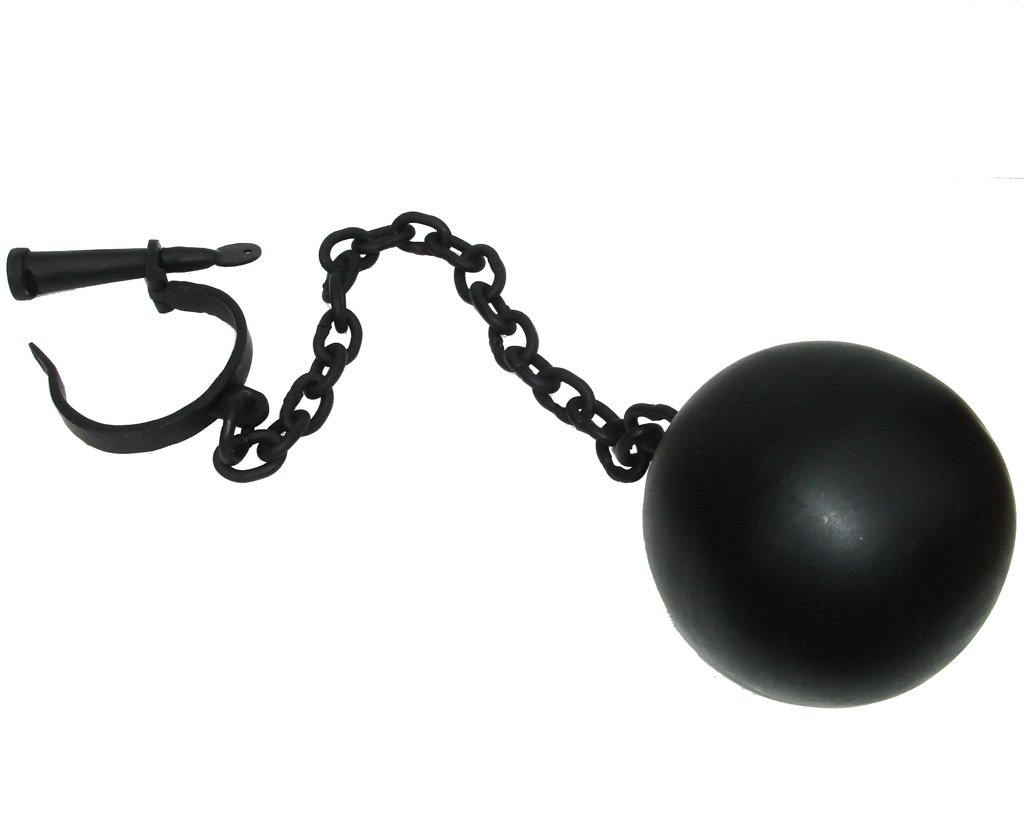 By contrast, with a solid weapon, your creature's whole body weight is put into the swing. This works against it in the velocity component, only allowing about 2 m/s on a good swing (roughly equivalent to what a human would do). On the other hand, most of the 1,000 pounds of the creature's body weight is keeping the solid weapon moving. Net is roughly 2 kJ.

With the chain, you can sweep large groups of people at once. Also, since the weapon doesn't require any high degree of craftsmanship, it's cheap and easy to produce or replace. 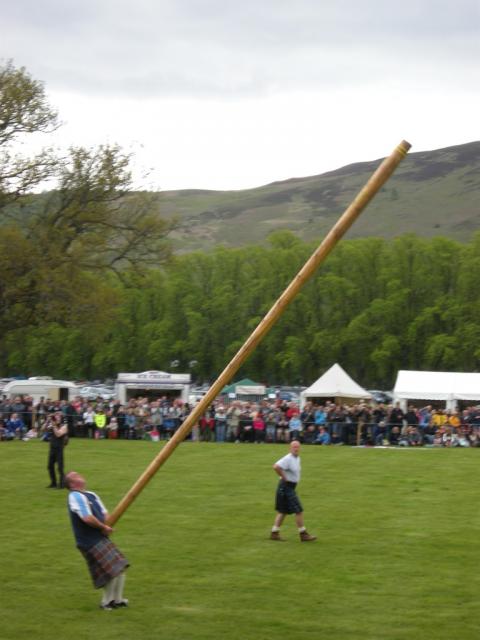 37
What would be the ideal melee weapon for someone with superhuman strength?
11
What would be the best fighting styles for a humanoid with a low center of gravity?
4
How win a medieval war with air superiority?
15
How do you make a gun that shoots melee weapons and/or swords?
5
How Many Soldiers are Needed to Patrol/Defend a Medieval Wall?
1
Dragons are supposed to have a “smart” breath weapon. How could that work?
15
Metal or alloy for special sword