What would the government of a medieval city-state be and how many people would be running it?

In my book I'm writing one half of the island is littered with city-states. I was wondering who would be in power there and what type of government there may be.

Here's some information that may help: The city-states are a good size, tentatively I say around 10,000. Most are on the coast but a few are in the mountains and grassy areas. Also, A few are near a kingdom that has a monarchy if that would change things? They also have a class system much like any other.

(Sources: Thomas Adolphus Trollope, A history of the Commonwealth of Florence, from the earliest independence of the Commune to the Fall of the Republic in 1531, vol. 1, London, 1865; the articles Republic of Florence and Signoria of Florence on Wikipedia.)

The Most Serene Republic of Venice was not really a city-state, as it held a considerable territory, both around Venice and overseas. But it certainly began as a city-state.

The Free and Hanseatic City of Hamburg is a great example because it still is a city-state, one of the very few city-states remaining in the world.

(Source: M. V. Clarke, The Medieval City State: An Essay on Tyranny and Federation in the Later Middle Ages, Routledge Revivals, 2015; the link goes to Amazon.)

Medieval city states were oligarchic republics, where power belonged to a restricted body of rich, or at least well-off, men. In the north, city-states operated generally by consensus; in the south, city-states had complicated election laws, which commonly included some sort of sortition, intended to ensure that no faction ever gained the upper hand.

(Just to clear a common misconception: in the Middle Ages true autocratic power was quite rare. A few Byzantine emperors were true autocrats, although they all claimed the title. A very few western European kings. One or two Popes -- in the Middle Ages Popes did not even have ultimate authority in matters of faith. But by and large, medieval sovereigns were caught in the complex web of personal allegiances which is characteristic for the medieval society. I don't know of any medieval city state ruled by an absolute monarch for any length of time.)

In a fantasy world, the government could be practically anything you want. You just need the appropriate reasons to justify it.

However, there are two things you have to take into account when choosing your system of government:

That said, let's take a look at some government options.

Classical Athens is a most well-known example of ancient democracy. However, it was not the kind of democracy we know today.

To start with, only adult males could vote. They were about 10% to 20% of the total population. Women, men with suspended rights, slaves and foreigners were not allowed to vote. It was also a direct democracy system. Any male with the right to vote had the duty to go to the assembly and vote. Vote could not be delegated.

Most officials were chosen by lots among those who nominated themselves, and magistrates held office for a year. Of course, not anybody could afford to nominate themselves. The full system was a bit more complicated, including councils and tribunals.

In you world: Fitting a Athenian-like type of democracy with the class system you mention would be easy. Just limit those who can vote with something like censitary suffrage, which basically means that only those who hold a minimum amount of money or land could vote.

Another Greek example is Sparta. It was a mixed government system governed by a system of laws.

Sparta was ruled by two hereditary kings supposedly descendants of Heracles, with religious, judicial and military duties. The existence of the dual monarchy had usually legendary explanations.

They were not autocratic rulers. The Gerousia, the council of Elders, made up of 28 men over 60 and the two kings, made the decisions of high state policy. The Ephors shared the executive branch of government with the kings. The Apella was the assembly of citizens, that only could decide between the alternatives presented to them.

Until the end of the 18th century, there existed several city-states Republics in Italy and the Dalmatian coast. Though officially called "Republics", their governments were, in fact, oligarchies, with the power in the hands of a chosen few.

Venice is, perhaps, the best-known example. The Doge was the ruler of Venice, were elected for life by the city's aristocracy (of which the Dogo was also one) though a council of 40 members.

Early Doges were autocratic rulers (they held all the power), but their powers were later limited and shared with the Great Council, composed by members of the patrician families. With time, the Doge's power was limited again by the establishment of the Minor Council, with the power shifting mostly to the Council. There were also checks put on it to prevent the development of an hereditary monarchy.

The Doge also had a ritual role, symbolizing the marriage of the city with the sea (Venice was, after all, a thalassocracy).

A city-state the size you propose could easily be ruled by a single ruler, that could be a (Sovereign) Prince or even a King. Other titles historically used were Grand Prince, Grand Duke, Count, Margrave, Landgrave, Count Palatine or even just Lord. You could also have a dual rule, a diarchy, with two kings, princes (see Andorra) or a prince and a religious leader (see Tibet).

Phoenician city-states were ruled by Kings. Principalities existed in Medieval and Modern Europe. Liechtenstein, Monaco and Andorra are the only surviving ones nowadays, with Luxembourg being a sovereign grand-duchy.

The lordship could be either hereditary or elective, where the king/prince/lord is usually chosen by a council of nobles or, in other cases, by the army. It can also be a mix of the two, with the council choosing from the members of a single family (for example, between the children of the previous ruler), or provisions may be put in place to prevent a single family from holding successive kingships.

Dukes and Counts also ruled independent territories in the Middle Ages. For example, the Catalan counties that broke off Charlemagne's empire or the Duchy of Milan.

In your world: A Prince may also be vassal of a king while remaining sovereign (see the history of Monaco). That option could work with the cities near a kingdom you mention. These cities could be sovereign, but required, for example, to pay some kind of tribute or have their foreign policy supervised or curtailed.

If religion has an important role in your world, the ruler of your city could easily be the High Priest(ess)/Pope, etc, ruling by "divine mandate".

The Papal States were a real-life theocratic elective monarchy and so it's the Vatican City nowadays.

The best system of government is the one that best fits the world you've created, whatever it has a real-world equivalent or not.

The population is about the same that your City-States. Two kings rules the city, with a 28-member 'council of elders' limiting their powers. These men are recruited from the highest social class, the aristocratic Spartiates.

Beneath is a middle class, called the Perioeci. Made up of farmers and artisans, the Perioeci pays taxes and can serve in the army, but they have no real political rights.

At the bottom are the helots: a slave class.

For a City-State, I would think of no better choice. But I believe your City-States are a bit... too small for this kind of government. I will leave this here in case you want to adjust the numbers and give you a second option. 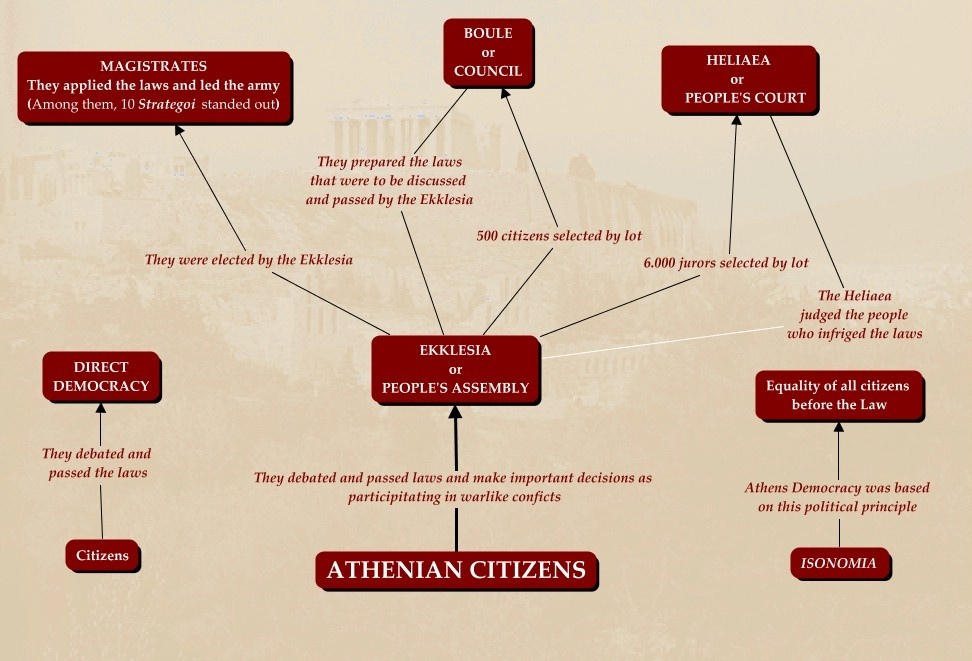 Not the answer you're looking for? Browse other questions tagged politics government medieval cities or ask your own question.

13
How could a monarch rule in a vast, isolated, medieval city
26
Creating a realistic world - Governments
10
How will people and cultures behave if they can have no certainty about their origins and history?
64
How would government change if everyone died by the age of 25?
13
Medieval politics with fantasy races - Round 2
22
How might a government pass a law without the population knowing?
9
Resource Production Logistics for 15th Century Europe-Era Island
4
What are the pros and cons of a client state based sci-fi empire?
1
How would a medieval army conquer a treetop city?