I am wanting to know if an empire with a continental size, lots of biomes, and a lot of diversity could survive. Might be good for the start or the middle of a story. 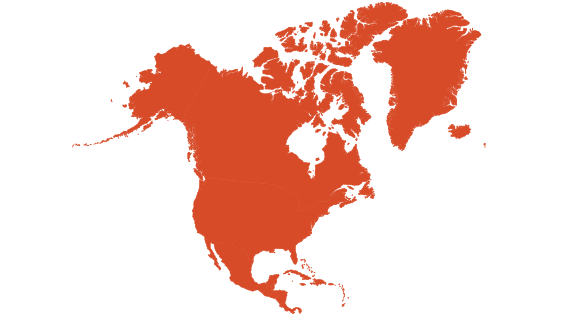 I am going to say that these are its biome percentages:

Of the forest I will divide it like so:

The wetland divides even further into:

Wet meadow also counts as a grassland so I won't include it in the grassland subdivisions:

This is high. Here are the groups of people here:

Arctic natives generally are very pale and have thicker, denser hair all over their bodies. These are adaptations to the cold and low amount of sunlight. They don't need as much clothing to survive in the arctic as the people who live in temperate or tropical climates

These people live in deserts and dry grasslands. In fact you could technically call a dry grassland like for example prairies a desert of some sort because they don't receive much annual rain. These people have adaptations against dehydration such as getting water from plants, concentrated urine, and ways of cooling off besides sweat. These people also have dark skin and very thin and sparse hair

These are people who live in forests. They climb trees better than anyone else and they have very good vision. Some can see heat, some can't, but all have evolved great night vision which is important when you are hunting for your food. These people avoid vitamin D deficiency by eating the organ meats of their prey. Some that live in deciduous or coniferous forests don't have to eat organ meats as often because the sun shines through the canopy of the forest. These people have a range of skin colors, hair thicknesses, and hair densities.

And of course culture varies throughout the proposed empire so there is even more diversity than these biological adaptations would suggest and there is also technology and urbanization to take into consideration.

The politics is more democratic as to be fair to everyone. I actually found out yesterday that democratic empires are possible(the EU would fit into this category of democratic empire if it was considered an empire). There is 1 person who rules over the entire area but that 1 person takes into consideration the opinions of everyone when new laws are being made, thus democratic.

If some people find a law to be unfair to them for some reason, the ruler will make those people an exception to that law or make a new law which is more fair to everyone to replace the old law that was unfair to a certain group. There are elections for the next ruler though these are not as regular as for a president and are usually done either when the ruler is old or unhealthy. There is some precedence towards electing a family member of the ruler but of course there are times when the people think that a ruler outside of that family would be better.

Communication across such a wide distance is needed and how things are communicated depends on the distance the message has to get across. If for example a message has to get from the arctic to the tropics, the internet or satellite communication would be used. For small distances, just walking to where the message is to be received and saying what is in the message or mailing it would be enough. In between these extremes you have radio which can be used to send messages that are important a long distance, electric cars for between cities or within a city, horseback for across more sparsely populated areas, especially grasslands, and of course you have aircraft and trains which are more commonly used to send messages to someone in a desert or on permanent ice in the arctic, though an aircraft might be used to send messages to people in wetlands.

This communication over long distances is 1 of the things that makes them consider themselves 1 people even though biologically and culturally speaking they are very diverse. Another is the fact that they know they are governed by 1 person.

Of course there is the internal threat that some people within the empire might want to dissolve it but as far as external threats there aren't very many. About the only external threats they might face is resistance to expand which to be fair would not be much of a threat. I mean with the continental size of the empire it is plenty big enough without expanding.

Taking the size, biomes, diversity of people, politics, and threats in the proposed empire into consideration, is there any chance that this empire could survive?

With no external threat, and the only uniting sense being that they can communicate with one another (and are governed by 1 - essentially remote - leader), this 'empire' will not last.

Resources are finite, and individuals will compete for these. Individuals who can get an edge over another individual will - on average - take that, and if not for themselves, then for their family, clan, social group etc. At some point, your different peoples will come into conflict, and the 'empire' will collapse.

Your setup also relies on beneficent emperors, and both history and modern politics show that this is unreasonable. The longer an individual remains in power, the more power they draw to themselves and the more likely they are to become - well - less beneficent. Even if you have a single life-long altruist as emperor, what is to ensure that the successor is similarly minded. I doubt this 'empire' would exist for the lifetime of a single emperor, and would certainly collapse over the reign of multiple emperors.

To hold a group of disparate peoples together requires a strong within-group identify ("We are all citizens of Rome"), together with some strong laws, and the ability to enforce them, particularly with regard to those who are dissidents. Look at the 'life-cyle' of historical Empires - Rome, British Empire.

The only hope for your empire would be either existential threat from outside (commonly in sci-fi this is an alien race/invasion) to counteract the natural tendency of internal factions to favour their own, or a state of utopia, where all individuals are satisfied with their lot in life, which would not be particularly realistic (in that it doesn't match with what we know about the behaviour of humans or other known species).

Surviveability of empires is usually not determined by their size, people and biomes. Things to consider are

The important thing is that these factors have to come together to form a longtime stable empire.

Look at ancient rome for an example: Roman culture, citizenship and religion formed a strong ideological basis, with which most of it's inhabitants could identify, the periphery profited economically from being part of the empire, it's political system worked well for most of the time and adapted multiple times (from republic to empire to the rule of two emperors in eastern and western rome) and it's military was a very capable force, functioning as an integrating factor by allowing non-citizens to become citizens and even as a way to economic wealth.

During it's decline (which is measured in centuries), these factors did not work together smoothly. Its institutions became divided between eastern and western rome, the east felt exploited (they contributed most of the taxmoney, which was used for a military that was mostly occupied in the west), ideological infighting weakened it and it's military suffered from sometimes poor leadership, civil wars and legions disagreeing over whose commander should be next emperor. To all this came religious conflicts.

Most Empires lacked at least one of these factors, and, in consequence, were short lived (when compared to rome). The British Empire never had an ideology that was uniting the motherland with all it's colonies, and thus it did not last as long as rome. Alexanders empire lacked in terms of ideology, politics and economy and did not even outlive it's founder by much.

Your actual question is hard to answer, because it does not adress most of these factors sufficiently. Given what you question provied, I answer your question with "No". The main reason are ideology and politics: Your politics depend on benevolent emperors to work, which is just not going to reliably happen over extended periods of time, and I don't see any common ideology holding all these people together (being ruled by a common emperor is no such factor, as history has shown, because this emperor and his rule could also be the very reason people and regions want to leave the empire). Economics might be a factor, too, because your question does not sound like there is a sufficiently developed infrastructure to govern the empire efficiently and let the different people engage in meaningful trade.

You could make it work though, if you adress these issues: You need political institutions that can reliably run the empire (again: the emperor having to be benevolent does not count as "reliable"), economic developement even in the periphery, some common ideology and a working military. Basically all the things that would have most likely developed anyway during you empires rise to power, any 'empire' without them would either never expand that much or collapse quickly (Alexanders empire is an example for the last option).

Edit: The other answers make me think that it would be helpfull to specify what you mean by 'survive'. Do you have a specific timeframe in mind? Does losing some provinces still count as 'survived'?

Yes, the Spanish ruled an empire of similar size and geographic diversity for hundreds of years.

Between the 1510s and the 1540s, Spain conquered most of the lands from Southern Mexico through Central America, Colombia, Venezuela, and the Incan empire. It also established colonies in the Río de la Plata basin.

Between 1580 and 1640, Spain and Portugal had a dynastic union. During this time, most of the colonies in what is now Brazil shared the same monarch as the Spanish colonies.

By the 1770s, Spanish colonization extended to the Philippines, Paraguay, most of what is now Mexico, plus most of the coastline of what is now the U.S. state of California, plus much of New Mexico. Spain also had colonies in Texas, Louisiana, and Florida.

The Spanish Empire collapsed during the Napoleonic Wars (1800-1815), when the French gained control of Spain, and the English encouraged the rest of the Empire to throw off rule by Madrid.

Not the answer you're looking for? Browse other questions tagged politics empire-building .

11
City state with a direct democracy turns into an empire?
9
How large could an empire with WWII-era tech become on a very large world?
19
Why Would a Nation Choose to join A Foreign Empire?
9
How can a highly advanced sub-luminal galactic empire minimise the effects of speciation?
4
What are the 'pacifist-spiritualist' galactic empire be like?
5
How likely is it that an interplanetary empire could exist in the future?
19
How can I prevent semi-independent royal families from rebelling against the empire?
10
Why would most species avoid democracy?