How much further could vacuum tubes have been improved given commercial interest?

Vacuum tubes were a mainstay of digital computer technology until around the 1960s, where transistors (and later integrated circuits) replaced them for most applications. In real life history, one of the last commercial tubes to be developed and widely manufactured was the nuvistor, a small, relatively reliable tube used in radio equipment and televisions. The linked Wikipedia article has photographs of the tube, which has a metal casing and is about 11 mm in diameter.

In a hypothetical setting where the invention of transistors and integrated circuits were delayed indefinitely, how much smaller and more reliable could 'traditional' vacuum tubes operating on the principles of thermionic emission been made, given sufficient commercial demand for further innovation? What limitations (heat dissipation, fundamental physical effects) might come into play that would prevent tubes from shrinking beyond, say, the size of a grain of rice, or a grain of sand?

(I'm aware of the existence of nanoscale vacuum tubes, but these devices are fabricated using the same photolithography technology invented for manufacturing integrated circuits, and for the sake of this question I'd like to exclude them, or anything else that relies on semiconductor technology or technology developed as a direct result of semiconductors.)

The only similar technology which has survived until today is incandescent light bulbs.

I say they are similar in the sense that they require to put some electrodes in a vacuum and have current flowing between them.

A google search shows this article, allegedly reporting the smallest light bulb in the world. 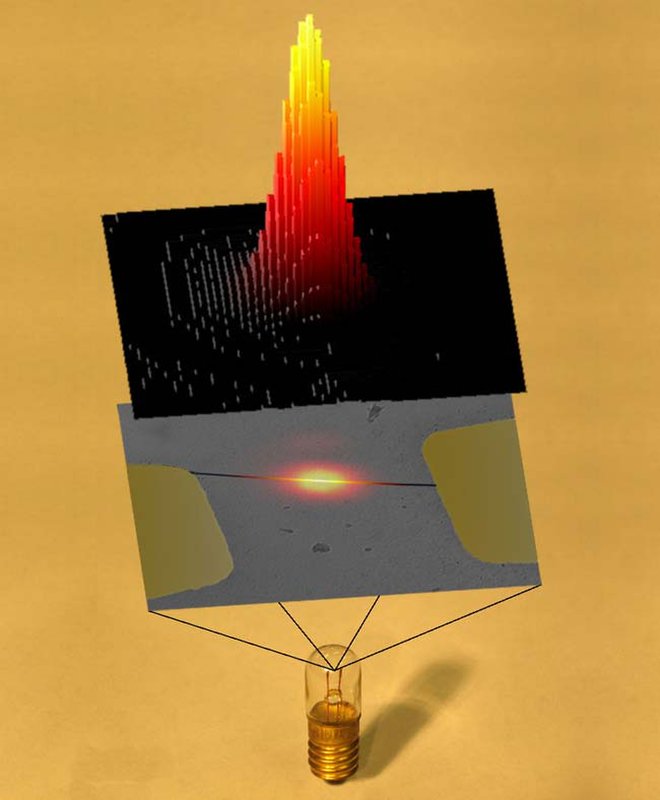 Though, as the article says

The lamp's filament is just 100 atoms wide. It is made from a single carbon nanotube.

it is pretty evident from the photo that the bulb in its whole is not that small.

Let's scale it down by a factor 2 to compensate for the different usage, we still are in the mm length realm. And I don't think you can go much lower, as the real issue is handling a small bubble of molten glass and let it stay a bubble while it becomes solid.

Not the answer you're looking for? Browse other questions tagged technology computers or ask your own question.

11
How fast could a civilization advance if given access to information from future?
66
How could I have modern computers without GUIs?
3
How could Earth be propelled into a further orbit?
20
How could the current model of the Solar System have been recognized and accepted earlier?
6
Could a split cycle intercooled flamelicker have been a viable power source?
6
How much damage could a complete loss of technology cause?
30
How much tech advancement could be made out of modern processor appearing in 1980s?