Could a 2-litre milk carton be used to knock someone unconscious? [closed]

More specifically: could a 2-litre milk carton like the one pictured below be used to knock someone unconscious via a single blow to the head, or would the carton burst from the force?

Here is some information I could find on the carton and the milk:

I've thought about asking this on physics.SE or biology.SE but I don't know if it would be considered on-topic.

If this question would be better suited somewhere else, please migrate it. 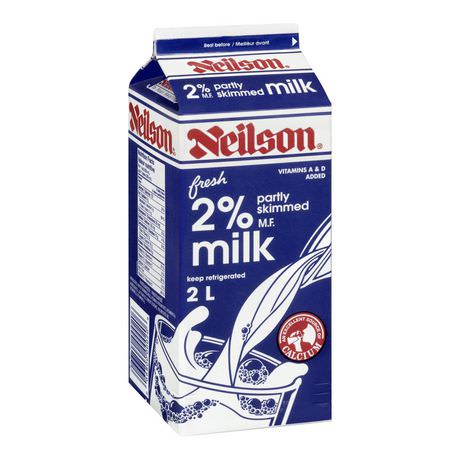 A lovely quote comes from the movie Valkyrie:

Any problem on Earth can be solved with the careful application of high explosives.

You can knock someone out with a stream of water if the water is flowing with enough pressure. Therefore, given enough velocity, a 2L carton of milk will rip a person's head off. Your real problems are these:

So, can you do it? You bet. Is it believable? Only if whomever is throwing the carton is literally giving it everything they've got. And even that might not be enough.

Therefore, I'm going to give this one a 75% smirk factor — which is the measure of how likely someone is to smirk if they read about this in a story. Definitely higher than normal ... but not impossible. (Knocking someone out with a feather duster would be a slammed 100% smirk factor, just for comparison.)

By the way, the folks over at Physics.SE and Biology.SE are purists (and rightly so), which is a fancy way of saying they wouldn't answer a question like this because it's not serious enough. I asked them how long the copper and zinc rails inside the barrel of a potato gun would need to be to power a sound effects circuit — I had some comments, but no answers.

I think the most reasonable answer is "it depends." There are a lot of different variables in play in striking someone with an object. If it were only a matter of mass, the answer would be yes - a fastball weighs much less and can cause unconsciousness. Is the milk in the carton frozen? A 2kg weight like that could be a deadly weapon.

If the milk remains liquid, then it seems as though it's not going to transfer all of its kinetic energy to the back of the victim's head, tending to burst the carton instead. Someone smarter than I can figure out what the bursting point of a milk carton is, and what percentage of the potential energy is lost to spray out.

Is the carton being swung in someone's hand? A punch can knock someone out, and your hand doesn't weigh 2 kg. Is the carton falling off a shelf, or off the top floor of a building, or being thrown from a moving car? All of those impart different speeds to the object, so each scenario would change the odds of a single-blow knockout.

I'm led to believe that the thing that actually makes you unconscious is your brain bashing against the inside of your skull. Therefore, it's not the weight of the object per se, but how rapidly that object can make your head move upon impact. If the carton can hit your victim just right, nighty-night. If not, you just get someone pissed off and covered with milk.

Not the answer you're looking for? Browse other questions tagged science-based biology physics weapons water or ask your own question.

25
How to safely knock someone out

9
Magically knock someone down and pin them using Science
4
Could someone stay unconscious for roughly twelve hours under a set of given conditions while in a desert environment?
25
How to safely knock someone out
0
Could resonance be used to break free an object covered in ice?
10
Could a cow produce bottled milk?
0
Can E=MC2 be used when thinking about human strength
1
By any scientific/pseudo-scientific means could plasma be used to increase the lifespans of living creatures?
6
Can a naturally occurring milk river exist?