How would a creature see with two pupils in each eye?

Currently, I'm creating an alien species with two eyes, but two pupils in each eye. Though I'm not sure how it would affect its vision, whether negatively, positively, or both, so I've been looking for an answer.

I previously asked this in the Biology community, though I was suggested to turn here instead.

From the perspective of a human, the results are bad.

But, if the eye is designed for something non-human (like a goat, frog, cat, or...) like two holes, then there could be some benefits.

So, if the eye is a two-chambered retina and the muscles of the eye are designed to manipulate two pupils, we have an ultra-cool solution with an amazingly high geek factor.

If, on the other hand, you're just thinking about human eyes with two holes. Nope, there's no advantage at all. In fact, it's all downhill.

It's possible and the effects should be positive.

It's possible to have two pupils in the same eye with each adding their own benefit. As linked by Renan, the four eyed fish has four pupils in two eyes (so it's a bit of a misnomer). The upper pupil of the eye is adapted for vision in air while the lower pupil for vision in water. That is, the refractive index of the lens in front of each respective pupil is adapted for the different refractive index of the medium they're seeing in. It also has two separate retinas inside a single eyeball, one for each pupil.

For your own creatures it would likely work in a similar fashion, for vision in different mediums or even different colors or spectra (assuming it als has two retinas).

If you introduced a creature with multiple pupils that had no evolutionary advantage, a reader may question if you really thought it through at all.

Not sure about how this would affect an alien, but in humans this is a medical condition with the following side effects:

Although, Pliny the elder wrote that it may give you magic powers, but that has yet to be determined

There are people of the same kind among the Triballi and the Illyrians, who also bewitch with a glance and who kill those they stare at for a longer time, especially with a look of anger, and that their evil eye is most felt by adults; and what is more remarkable is that they have two pupils in each eye. 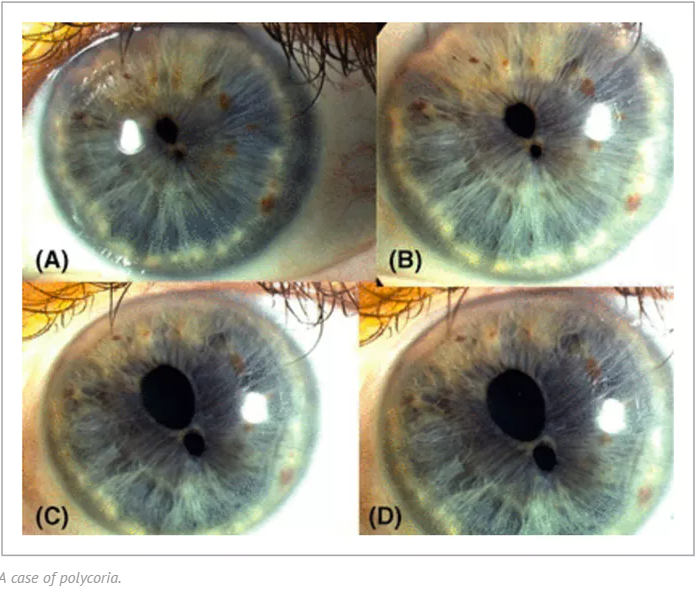 Your creature occupies a middle trophic level. It is a predator but is preyed on by larger predators.

A 2015 study[16] confirmed the hypothesis that elongated pupils have increased dynamic range, and furthered the correlations with diel activity. They showed that vertical pupils enable ambush predators to optimise their depth perception, and horizontal pupils to optimise the field of view and image quality of horizontal contours. 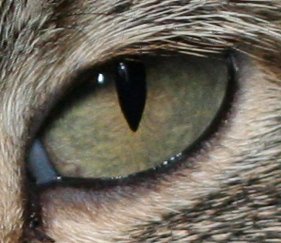 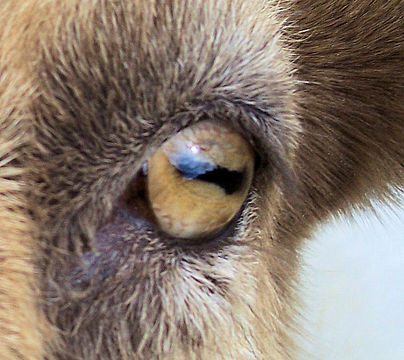 Your alien is related to the mantis shrimp. 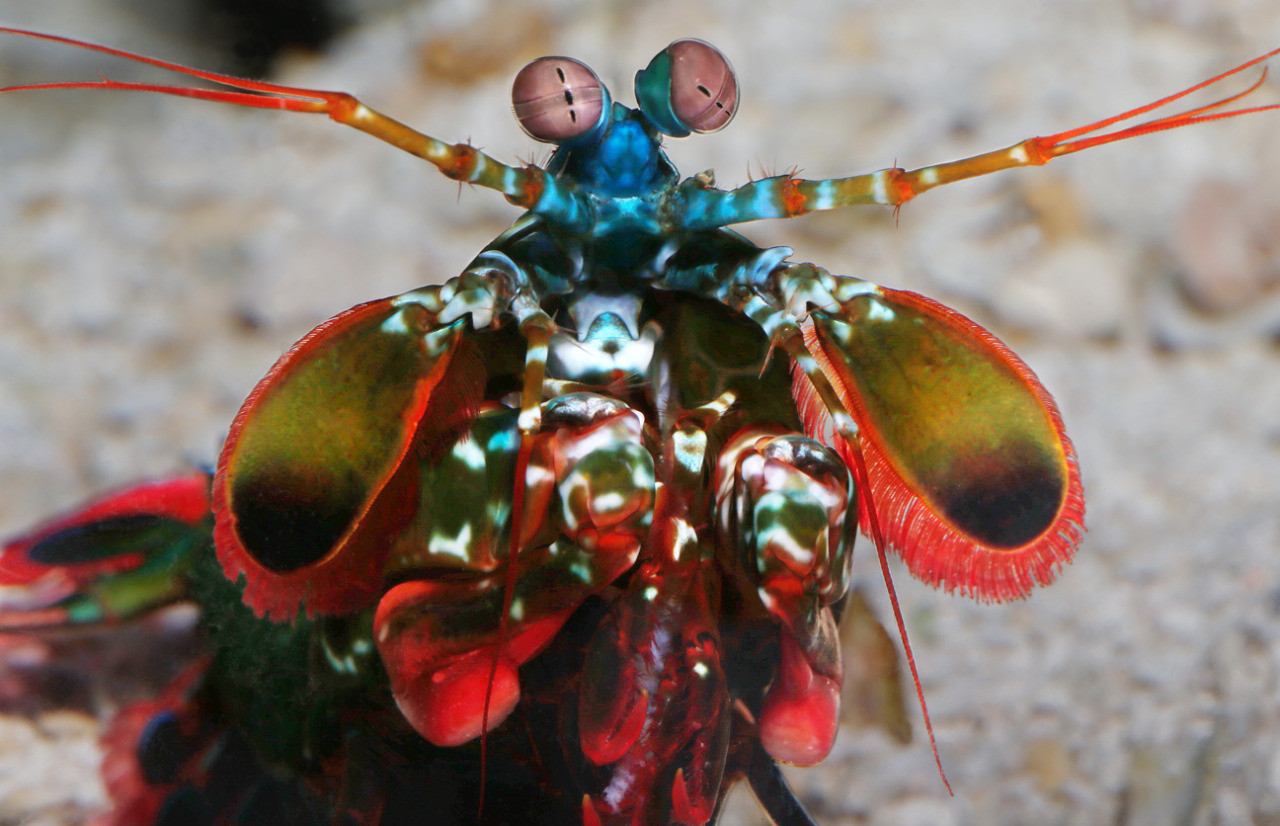 They have the best eyes in the animal kingdom, with not two, but three pupils in each eye. Humans have binocular vision - we perceived depth by focussing two pupils on the same point. Mantis Shrimp have trinocular vision giving them better depth perceptions than humans using only a single eye. Not to mention that they see in the infrared and ultraviolet range and discern polarized light in ways that we can't. These phenomena aren't a result of multiple pupils, but rather because of a larger number of photoreceptors - twelve instead of the three that humans have. In short, their vision is something we can't quite even imagine.

They have other amazing qualities, like being able to create shockwaves underwater that stun prey even if their bullet-fast striking appendages miss. Oh, and the Department of Defense is studying the structure of its shell for the sake of designing better body armor. But I digress.

Correction by Samuel confirmed - their eyes are indeed compound, like those of insects, so their "pupils" that we see in the photo are an optical illusion - which I think is still pretty cool. Details in this article, which also tells how they can distinguish between right- and left-circular polarization of light, and may even use this as a communication method. Their vision is still trinocular, however, as each eye has three distinct sections.

I wasn't going to, but LSerni in the comments already did. Obligatory link to The Oatmeal, though the notion of them being able to see so many colors was disproved - many of the extra photoreceptors are used for some of the above purposes.

I'm no biologist, but a pupil typically isn't just the aperture, it's also the area the Lense fits to.

If you have two pupils, would you not have two lenses? In which case having radically different lenses would enable very different behaviours of the eye without sacrificing the benefits of one over the other.

Eg: Extremely good distance vision AND extremely good close vision in the same eyeball without having to refocus dramatically. Sort of a built in bifocal lense.

Not the answer you're looking for? Browse other questions tagged aliens vision .

15
Alternative to writing for creatures without eyesight?

20
At what minimal technological level would the inhabitants of a binary planet system need to be to communicate with each other effectively?
6
How would eyes, pupils and camouflage evolve if the sun was stationary near the horizon?
13
What would be different if a person has broader visual spectrum than normal
10
How would eyes that evolved in air differ from our own?
9
How would a life form conform their anatomy to fit whatever they wear?
5
How far can a human see?
44
How to get cool night-vision without lame drawbacks?
28
A fast aquatic predator with multiple eyes and pupils. Would these eyes be possible?
7
Vampire vision comparable or superior to human vision at night
5
How can I cool the body of a human such that it can see Long wavelength IR light without its eyes glowing