I’m planning on writing an urban fantasy story featuring humans living alongside fantasy races since the time of early man. While there is some magic (which is treated with the same caution as nuclear energy or electricity, as in it naturally occurs in nature in small amounts, is utilized by sentient races for energy and personal use and can cause potential harm and destruction if not handled carefully), but other than that, it’s still mostly realistic (natural evolution and all that).

One of the races would be fairies, which I envision evolving from insects, being social and being relatively large compared to normal insects.
In the setting, there are at least three breeds of fairy:

All three have a generally humanoid shape, relatively human-like faces (I.e. a vertebrate style mouth), very limited amount of magic, and usually grow about as big as the larger insects like Goliath beetles and giant wetas (other than the fantasy elements, the world is still relatively the same as it is now, including climate and composition of the atmosphere). As for relations with other races, they’re usually considered pests, but are seen with a varying degree of endearment. The biggest issue I have is how to depict their intelligence. After all, even in a setting like this, anything evolved from an insect is going to have limitations on how develop. They do have social groups instead of the usual hive mind, but would it be more realistic to have them be to use simple tools or be more advanced than that. What would be the best way to make them realistic? 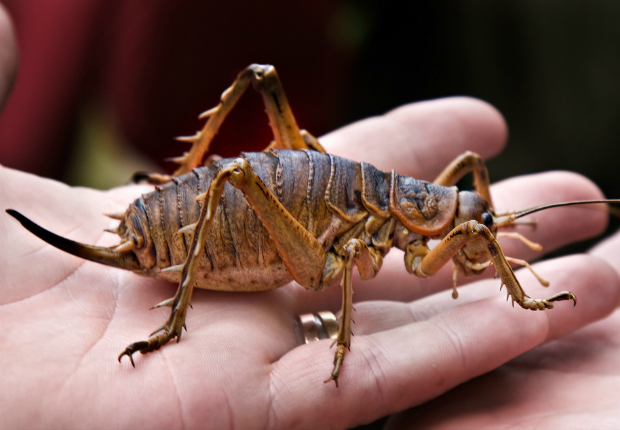 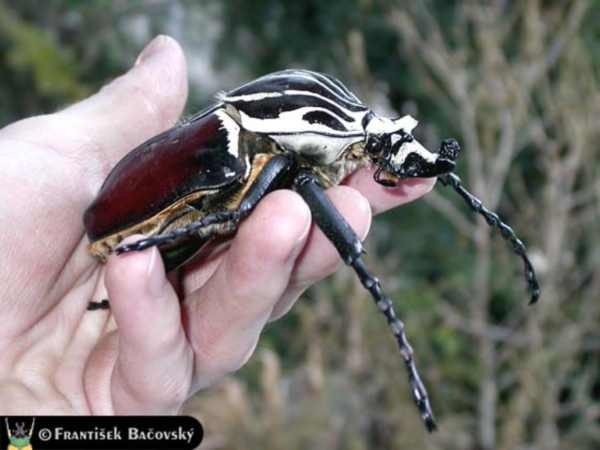 This answer will be only part of the picture: how to pack a lot of intelligence into a small package. The ideal candidate here would be birds.

Recent research has shown that the brains of intelligent birds pack a far greater quantity of neurons into a given volume of brain as intelligent mammals: https://www.the-scientist.com/?articles.view/articleNo/46309/title/Bird-Brains-Have-Numerous-Neurons/

Apologies for not having the source (New Scientist article a few months back), but the way they achieve that is interesting. The problem with small neurons is that they cannot generate enough of an electrical charge to travel the distances required for a reasonably sized brain. Birds get around that by having clusters of very small neurons connected by bigger neurons to bridge the gap between clusters.

If you're looking for enough detail to enable people's suspension of disbelief that might help :)

I'm not going to answer how these particular faeries are realistic but rather the question of how to make them appear realistic. There is a slight difference in wording that may help you get around the too broad and opinion based vtc. If you are in fact asking for help creating and describing them...well, sorry.

What you need is to figure out, (1) how you want them to end up looking and/or (2) from what creature they evolved from and (3) how is your creature magical.

(1) Most people figure out what characteristics they want as the end goal and then work backwards to figure out how they evolved and what creature they evolved from. This is the easiest method as you know what you end up with. Most people have an idea of the original species so that they can work from B back to A in a 'straight line'.

(2) deciding on what insect creature to start with and seeing where you can go with evolution (magical or otherwise) is more 'difficult' ** as you can end up with weird and wonderful designs but not what you had originally intended. You may end up describing a sister species to your intended creature.

** difficult, as in less predictable.

If you do have an idea of what you want as an end goal (1) and start point (2), it can be hard to 'force' the evolution to match your mental image and then you get frustrated with yourself and your creature.

Some people don't know what insect their creature is based off and have to figure out that out as they go backwards on the evolution history. Obviously that is alot more time consuming than knowing both ends of the story but can lead to some interesting and surprising discoveries about your creature that gives you story ideas for later.

Knowing both the start base and end base will also help reduce the number of unrealistic creatures such as butterfly wings with a spider legs etc. You can immediately see glaring contraditions. If you happen to be set on a particular combination that doesn't 'join up' in the recent evolutionary past you have more work to do to make it more realistic and believable. You can have those weird combinations, it's just more likely that it won't be believable if you are not especially adept at creature creation.

(3) You will also need to figure out how your faerie is magical and how this would have affected or been effected by its evolution. It could be that the magic hindered certain aspects of what we consider normal evolutionary history of the insect it is based on, leaving vestigial organs/appearance. Or it could be that the vestigial organs from normal evolution are the source of the magic etc. Is the creature magical in its own right or is from intake/absorbtion from the outside world. Etc.

Hopefully these guidelines will help you in your design to making your creature as realistic as possible.

Not the answer you're looking for? Browse other questions tagged creature-design fantasy-races or ask your own question.

13
Anatomically correct pixie
8
What does the anatomy of a fairy (10-20 inches tall, flying humanoid being) look like, as evolved from a regular human being?
10
Non-Magic, Real-Life Faries?

36
How to make a realistic 'giant'
5
What kind of weapon would enable fairies to defend against the invading 13th century medieval army?
11
Could fairies be a hominid subfamily?
18
Suggested steps for creating a new race?
12
Could accuracy compensate for lack of strength in archery?
5
What evolutionary pressures would lead to fairies?
3
Creating a plausible Cyclopia disease
30
What do fairies wear and how can they evade detection by our cameras?