Many games have various side bonuses on their armors other than just defense. These bonuses can often be active things like having a ghost thrall to protect you when wearing a special armor or more passive bonuses like ''+15% strength''.

Leaving aside the active bonuses, how can an ancient armor directly increase ones strength when wearing it? Is it actually possible without ''magic'' or high futuristic technology ?

Here is a way super armor could improve strength without invoking magic. It improves strength in comparison to other armored situations.

Suppose you have 16th century plate armor. It will protect you. It will also slow you down and limit what else you can carry, because it is heavy. Your primitive plate armor comes with a strength penalty.

Now you have 22cond century nanofiber / polymer armor. It protects you as well as the plate armor did, but you have a minimal strength penalty or none at all. Compared to your situation wearing the plate armor, the high tech armor has increased your strength.

Neither of these armor situations increases your strength as compared to you wearing only your gold lamé shorts, nor do these armored situations get you looking any better than you do in those shorts.

Aside from @Willk 's great answer, if the armor is actuated somehow. Steampower, Electric cirquits or just plain magic to help move the joints and make your movements harder to stop with outside forces would fulfill the requirements.

Regardless of what you pick, magic is going to be involved somehow to shortcut some requirement. Steampower for example would need too much water and fuel to work comfortably unless you have guys running after you carrying water and fuel or magic it somehow, and any actuator would need computing power to keep the movements in line with yours and smooth.

The only real technology needed here is a basic knowledge of Electricity and Muscle Anatomy (of course much more than a basic understanding is needed if you want to make this more realistic).

Think the "Pickle-Rick Fights Rats" sequence from Rick and Morty, where he makes himself a suit of armor that enhances his strength without any advanced technology, only the advanced knowledge to construct it.

But that's the big problem with the idea. It really depends on what type of Ancient Empire made the armor. An Atlantis-type society of science well ahead of their time would really be the only type to come up with something like this, anything else would just be unrealistic (unless a single brilliant ancient scientist had a remarkable amount of free time).

Even if it's not the most realistic, it's the only somewhat-plausible solution without incorporating Magic or Technology I can think of.

Many games have various side bonuses on their armors other than just defense.

Where breaking the laws of physics in the name of fun is perfectly doable.

how can an ancient armor directly increase ones strength when wearing it? Is it actually possible without ''magic'' or high futuristic technology ?

Make no mistake: It can't. There's no way that loading on lots of dead weight (whether as plate mail -- weight: 27kg -- or a leather or iron curiass -- only 3 kg) will make you stronger while wearing it. 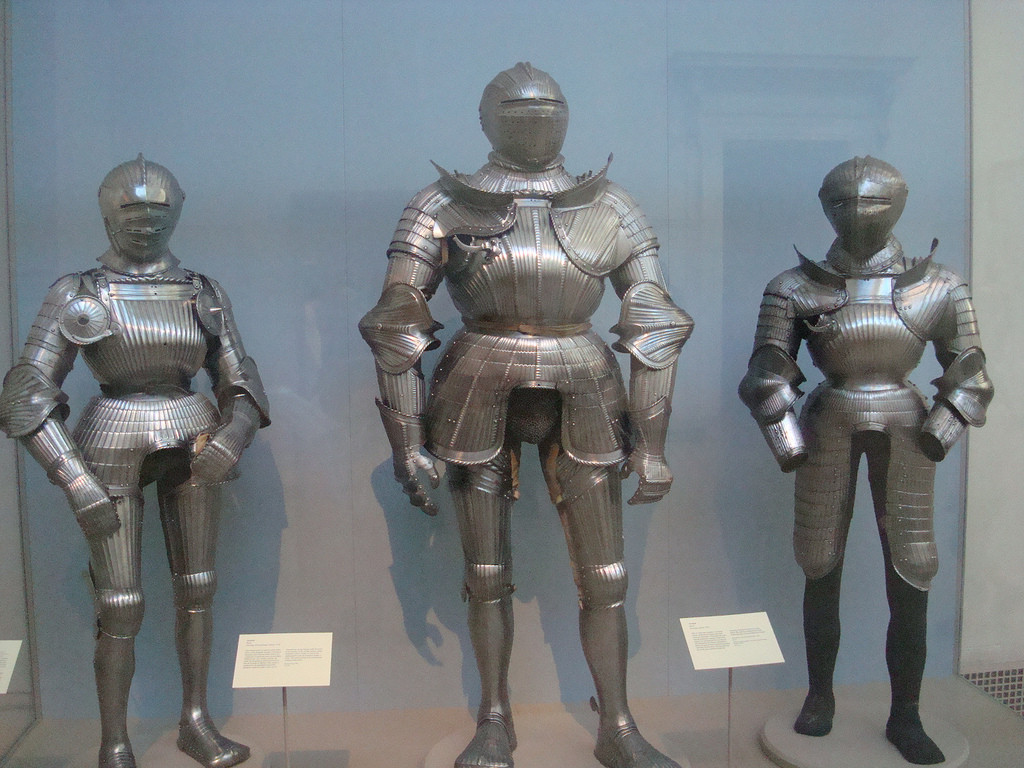 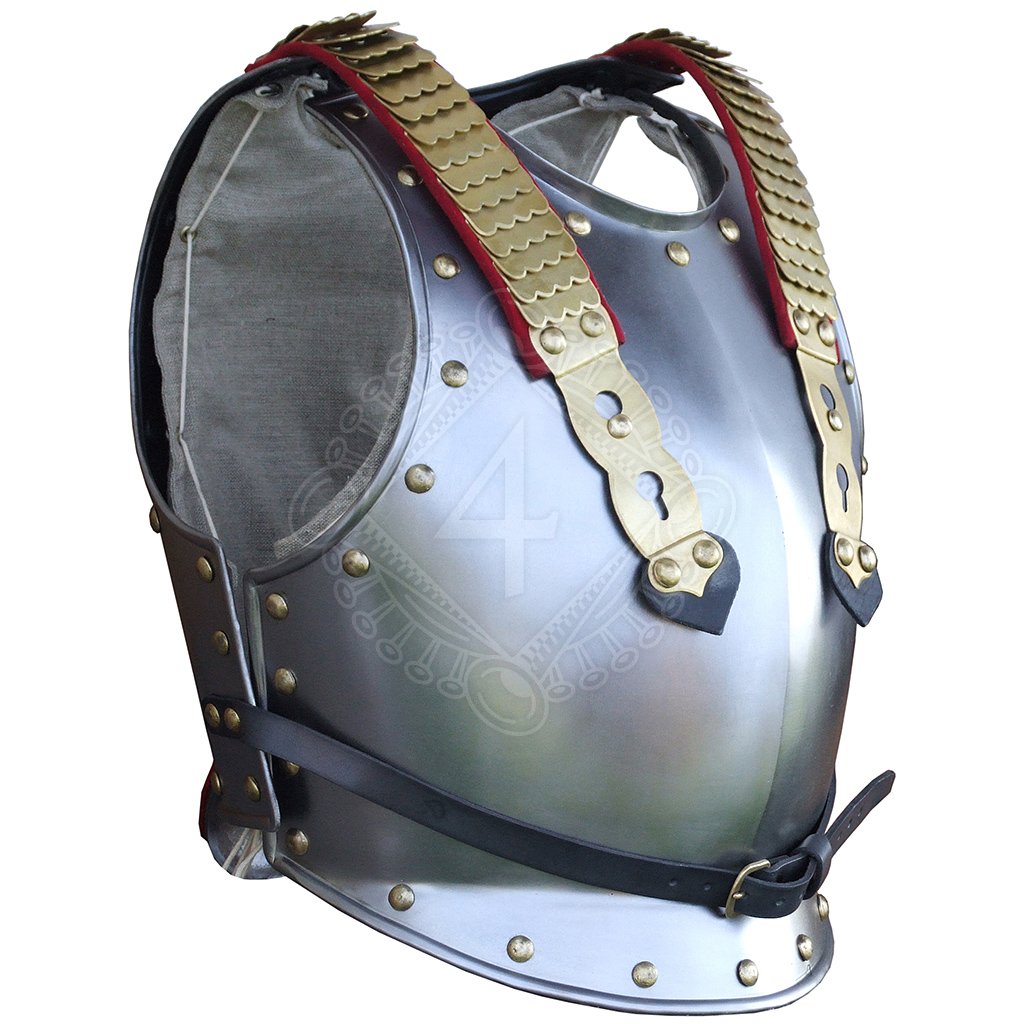 It's all a matter of chemistry and biology. Starting in the 19th century people began isolating and identifying Anabolic Steroids, but they had been in use (from animal gonad sources) long before they were chemically identified.

Your "magic" armor is either biological (shells/leather/other tissues) or is otherwise treated with biological material. It naturally secretes the hormones stored while the animal was alive, imbuing those who wear it for any length of time with increased strength.

Maybe not in the very truest and most technical sense, but consider the case of compression clothing.

Compression clothing is believed to improve performance and recovery times when exercising and many people swear by it. However according to this article, there is little to no evidence to suggest this is the case, or why it would be the case.

And here's the important bit; despite there being no evidence and no reason why it would improve your performance, those people who believe in it feel they perform better. In other words it's a placebo effect.

Now I doubt modern compression clothing is possible in an historic setting and I'm not sure old fashioned corsetry could do the job, but really it doesn't need to. You don't need your armour to actually do anything (though something noticeably different about it would probably help) all you need to do is tell your warriors their armour has been enchanted by the most powerful mages in the land, or blessed by their gods, and they will feel stronger.

It may not be the kind of effects games prescribe to magic items, but it could still give that performance boost.

Not the answer you're looking for? Browse other questions tagged science-based reality-check alternate-history ancient-history armors or ask your own question.

6
How would a human society in the Age of Sail be affected by the existence of a portal network?
7
How magically increasing external muscle strength will influence common activities like running?
4
Strength of a fictional armor against a crossbow bolt
3
How could someone recognize another person as being magically mind controlled?
0
how well would a magical scale armor-strength cloak work as armor?
5
Reality Check: Sub-Dermal Armor / Dermal Armor