I am writing a Sci-Fi story that involves space ships shooting each other, as is the custom. I'm using a lot of handwavium, e.g. reactionless drives, FTL, gravity plating, etc., but I'd like the actual combat to be closer to reality. The ships mostly shoot each other with missiles from very long ranges, but occasionally get close enough to each other to shoot each other with projectile weapons strong enough to pierce each others armor.

I'm imagining a layered armor for the space ships that consists of multiple layers of plating and non-newtonian fluids. I also want to add a fluid/material as part of the armor layers that, much like a self-sealing bike tube, seals the armor against atmosphere loss if the damaged area is small enough, using pockets covering the inner layer of the hull to make sure larger damage, e.g. from a missile hit, doesn't drain the fluid from the whole hull trying to seal a ten meter hole.

Is there a fluid or other material that hardens to vacuum and might create a seal tight enough to withstand combat maneuvers or is one conceivable? 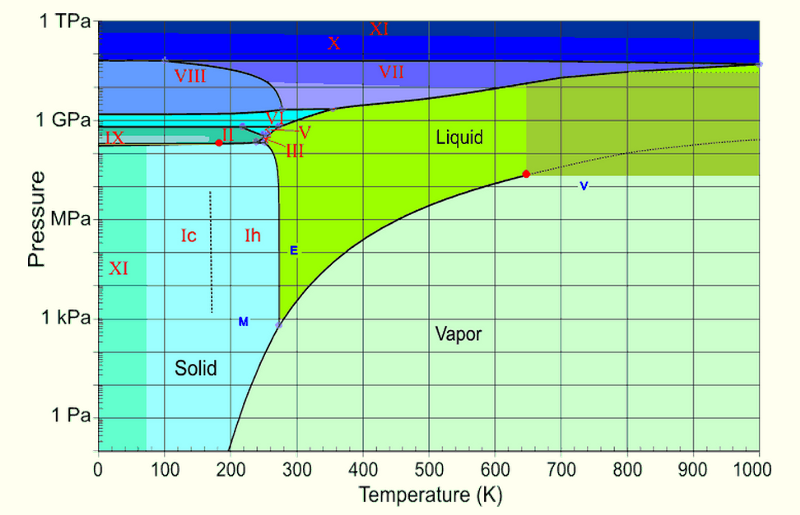 Jacket your ship with water. The outer hull is not insulated and so this water will be ice. Incoming rounds will expend their energy breaking and heating the ice which is good. Heated ice might become liquid or even vapor but will rapidly lose this heat to the space-cold surrounding 100K ice and regenerate the ice jacket. You might lose some vapor or liquid to space.

A metal-less outer hull made of ice covered with plastic would be pretty cool.

How big of hole do you need it to seal? If it is on the micro or very small scale, maybe you could use a powder that has a high Hausner Ratio, which causes powder to flow poorly and "bridge". When exposed to a vacuum, the negative pressure would pull the powder out of the hole until it prevents itself from moving any further.

However, I'm not sure what the effects of 0g have on this. I don't think it's ever been studied. I would assume thick liquids have something similar to this, but I work with powder for a living so that's my expertise.

Another thing to be aware is the cells will prevent total loss, but will also make it more vulnerable along the edge of the cells. This could be combated with a scale like layering of the cells.

It's not a fluid but self healing materials are currently being devloped around the world - https://en.m.wikipedia.org/wiki/Self-healing_material

That being said my favorite option is nanbots, at large numbers they will look like a fluid when moving and as a plus they give you an extra sci-fi feel (while still be within the hard sci-fi realm), under normal condition they resides between bulkheads but once exposed to a vacuum they have sensors that detect the air pressure drop and spring into action, covering any hole in the hull (pardon the pun) by moving to the hole and attaching to either the bulkhead or each-other until the hole is plugged.

Currently helicopters in the military have a bladder inside the bladder of the gas tank to seal bullets holes like the slim you put in tires. the bullet would pass through the first bladder the heat and contact from fuel from the bullet passing the glue seals the hole.

8
What measures (and appropriate countermeasures) would be used for sensing and target acquisition in far-future space warfare?
12
Space weaponry?
6
Hypervelocity projectile damage to spaceships
10
Spaceship Emission Security
0
Energy beam pierces 200m thick steel wall. What happens next?
8
What are the Limits of Laser Weapons in Space?
2
In a hard sci-fi 0g battle what about friendly fire?
3
Orbital Warfare Maneuvers
15
Are nuclear armed missiles effective weapons for spaceborne combat?