I've been trying to design a world and I have been running into some issues with a certain application for a piece of magic.

Basically, it is the use of "heat rocks" to warm up fields so that crops could be grown for longer periods and in places normally too cold for them to grow. I'm wondering whether or not this would actually work, specifically for plants like sweet potatoes.

Note: The rocks could also create light at the expense of heat produced.

I'm wondering whether or not this would actually work

Not if the rocks are in the ground (they're heck on plows; rocky fields are always considered poor fields).

Yes if placed between the furrows when an early/late frost is expected, to protect them from cold damage. (This is similar to how citrus farmers used smudge pots to protect their orchards.) 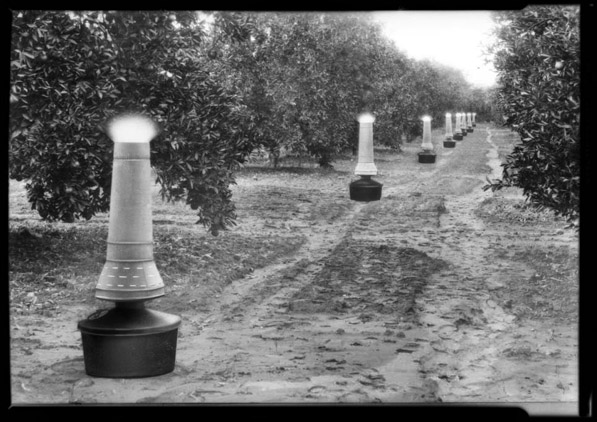 In germany there are heated asparagus fields. The asparagus from this fields can be harvested nearly a month earlier than from ordinary fields.

Beginning of March, winter temperatures, snow far and wide and you can not believe his eyes: the asparagus season has already begun! As is well known, asparagus begins to grow slowly at a soil temperature of 12 degrees so that, depending on the weather, the first asparagus can only be harvested towards the end of April. A sensation, then, this new Schrobenhausen variety? No, heated fields make it possible!

Heated asparagus fields are the reason for fierce discussions, because while all the world talks about nuclear phase-out, energy saving, sustainability and climate protection, this asparagus grows on heated fields. The Spargelhof Lohner grows on 12 hectares of asparagus - in fields that are traversed by hoses through which flows warm water, which is heated by means of a woodchip plant. The soil of these fields is tempered throughout, regardless of whether outside temperatures are below zero and the ground would otherwise be frozen.

In this example the heat is generated by a dedicated plant. Other farmers use the excess heat from big power plants by utilizing the steam from turbines.

So, heating fields can be useful for some crops.

Growing season isn't just about soil temperature but also about light exposure. In the winter there is both less daylight and at a lower intensity. Maintaining growth and foliage for a plant is very energy consuming. In the winter the plants are actually going to consume more energy maintaining growth and foliage than they could get from the reduced sunlight so they go dormant. Most plants base their dormancy period off of light exposure, not just temperature. Soil temp is part of the equation too mind you, just not enough of it to matter on its own.

If you mean you want rocks in the ground to heat up the soil, this reminds me of some modern greenhouses which run hot water pipes about 18 inches under the growing beds to heat it up in the early spring, which gets plants growing much earlier (soil has enough thermal mass it is not as useful for extending into a late season). This is very energy-intensive though, and only useful if energy is extremely cheap, and the greenhouse itself trapping warmer air is overwhelmingly more important, though the amount of sunlight is still the primary factor controlling the growing season (unless you get down to near-freezing temperatures, or are trying to grow inappropriate crops like tropical fruit, sunlight is overwhelmingly important).

A historical example of trying to do something similar to what you want might be the fruit walls which were used in northern Europe from the 16th century to grow fruit father north than their typical range. Basically a brick wall soaks up the sun during the day and radiates it during the night, which creates a micro-climate right next to the wall, allowing a fruit tree planted up against the wall to be grown much farther north than their natural range.

This is very limited in range of effect, so only helpful for that which is trellised against the warmer stone, and even magically warmed stone would be much the same. Warm air rises so you're not going to be able to keep a whole field warm this way. This also only works to keep the night chill off of the leaves, and prevent a frost, so this approach might not be useful for what you are trying to accomplish, but it might give you ideas of how people have approached applying warm stones to growing crops.

The amount of energy which would need to be produced for hot rocks to provide a consistent mass of warm air over an entire field in a cold climate sufficient to significantly affect the length of the growing season, would have a wide range of applications if so cheap as to be spent on keeping farm fields warm. This kind of magic would cause enormous changes in the world as it would change innumerable industries, housing, living habits... basically such cheap easy access to energy would have far better uses than trying to keep a farm field warm. The implications for other aspects of your world might be much farther reaching than you anticipated, especially if you are going for a lower-technology civilization (assumed from the presence of magic).

Yes, if your heat or light source is unlimited. However if it is limited, practical steps can be taken to improve efficiency. 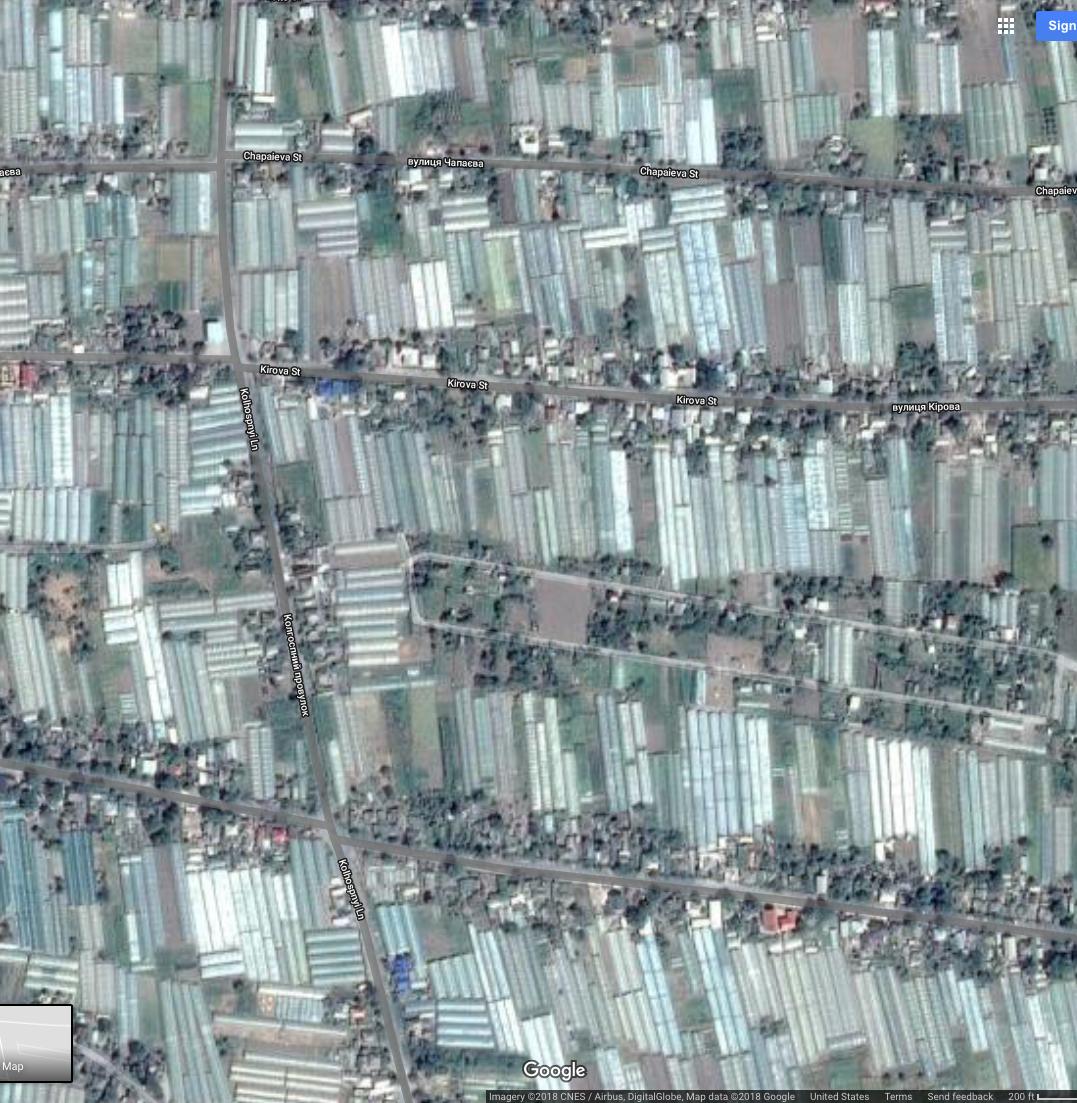 This is Vodyane in Ukraine. These are single-family homes on narrow lots with very deep backyards. Those are almost entirely filled with ... greenhouses. This is but a small part; it goes on for miles.

And just to the east... what's that? A huge industrial complex containing six nuclear reactors and a bunch of coal-fired generating plants, all of which are about 35% thermally efficient and "waste" the other 65% of thermal energy Gee, I wonder where the greenhouses get heat? 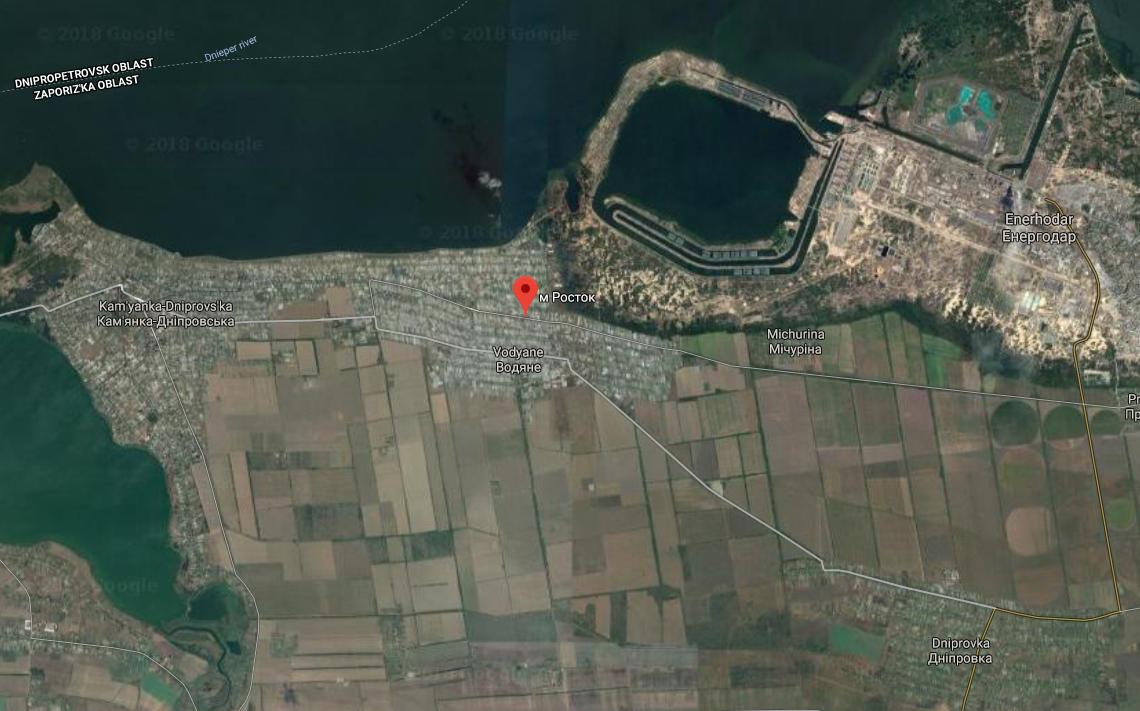 Not the answer you're looking for? Browse other questions tagged reality-check magic agriculture farming or ask your own question.

9
Magically knock someone down and pin them using Science
3
Mix most underground water sources with a substance
7
Practicality of farming termites?
7
How could this flora/fauna symbiosis work?
5
Preventing a Suggestibility Drug from taking over the Story?
3
Would this setup of a terraformed moon hold up?
15
Medieval Crop Yields