Take one of the ideas that Flat Earthers have proposed: an infinite plane of ice, with occasional "world-ponds" dotting it every 30,000 miles or so. These "world-ponds" are rather like other Flat Earths set into the ice and kept warm and friendly by their our small stars. Assume for this setting that there's a field that adversely affects electronics and engines, so aircraft are a bad idea (like going into the Bermuda Triangle, in popular legend: nobody knows the "spooky" reason, electronics and even fairly simple engines [diesel, gasoline, etc.] simply fail).

In this scenario, Stirling engines function, as do hot air balloons, though due to the great distances between strong heat sources, there isn't much of a thermodynamic difference to speak of, hence not much wind between the "world-ponds".

If engines and compasses go to hell out there, and there's not much wind to speak of, then how is one to move around in the first place? Fuel and batteries would presumably run out long before getting to the nearest world-pond, and solar is out of the question in the darkness between the world ponds' suns.

At the moment, I'm leaning most toward a fringe-science form of diamagnetic levitation, with a thorium reactor for power generation (the extremely basic thermodynamics of boiling water aren't affected by this mysterious "Bermuda Triangle field effect", clock- and steam-punk technology are being used to manage the rods, and I'm stuck with hand-waving the radiation issues for the moment) and fuel cells for stored potential energy (as a secondary emergency power supply). Navigation is reduced to sextants (sighting on dimly lit landmarks such as other “world-ponds”, almost like Abbott's “Flatland”, since there are no stars in the sky) and calculating machines. Food (aside from emergency supplies) I'm taking care of with yeast-GMO algae vats.

1) Does this design sound sufficiently functional, or is it terribly broken?

2) If it's broken, then what vital modification(s) is it missing in order to reasonably travel with enforced primitive technology through Antarctic conditions?

3) What obstacles must be dealt with in order to run even a stripped-down reactor via clock- and steam-punk technology?

While there are a multitude of issues with the question, I will address the issue of nuclear reactors. Nuclear reactors are relatively simple devices (they were initially built using 1940 era technology, after all), and much of the complexity of modern reactors is due to making them either very compact and powerful (such as nuclear submarine powerplants), or to ensure safe operation (civilian power reactors) (note these are not mutually exclusive).

Stephen Baxter actually described a nuclear reactor created using stone age technology in his book Manifold Space. Going from the fact that U 235 was more common in the deep past (actually several billion years ago) and that ore bodies sometimes concentrated the enriched uranium to the point that low level fission reactions took place ("natural reactors"), Baxter's fictional reactor has humans in an alternate universe using rocks with naturally enriched uranium placed in a pile in a stream in an underground cave. The reaction is moderated by both the flowing water and the use of charred sticks placed between the rocks by slaves, with the carbon in the charcoal providing the moderating functions. Naturally the slaves moderating the reactor have very limited time on the job....

Thorium salt reactors do need somewhat different technologies (creating the thorium salts is uninteresting chemical process, for example), and no naturally occurring thorium reactors have ever been discovered, suggesting that this isn't something that could be potentially stumbled over by explorers. As well, the reactions using thorium salts are somewhat less obvious that conventional solid fuelled uranium reactors. 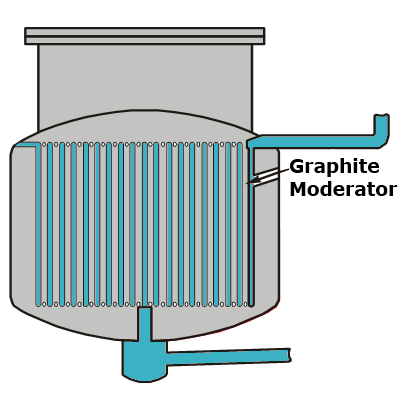 The one-fluid design includes a large reactor vessel filled with fluoride salt containing thorium and uranium. Graphite rods immersed in the salt function as a moderator and to guide the flow of salt. In the ORNL MSBR design[18] a reduced amount of graphite near the edge of the reactor core would make the outer region under-moderated, and increased the capture of neutrons there by the thorium. With this arrangement, most of the neutrons were generated at some distance from the reactor boundary, and reduced the neutron leakage to an acceptable level.[19] Still, a single fluid design needs a considerable size to permit breeding.[20]

The MSRE was a core region only prototype reactor.[21] The MSRE provided valuable long-term operating experience. According to estimates of Japanese scientists, a single fluid LFTR program could be achieved through a relatively modest investment of roughly 300-400 million dollars over 5–10 years to fund research to fill minor technical gaps and build a small reactor prototype comparable to the MSRE.[22]

Other designs are even more complex. Circulating molten salts and having a fission reactor to generate heat isn't the complex part, and steam/clockworkpunk technology is sufficient for these sorts of uses. Complex chemistry is needed to prepare the fuels and separate the fissile materials out from the salts for reprocessing, which is more likely the sticking point in a fantasy setting.

If you are going for a fantasy setting anyway, then there is no reason you can't use fantasy conventions to handwave some of the issues away. A point energy source based on magic can substitute for a reactor (much like magical intuition can be used to navigate). A clumsy hybrid is not going to be enjoyable to read or to work with, I suggest you simply stick with a fantasy setting. 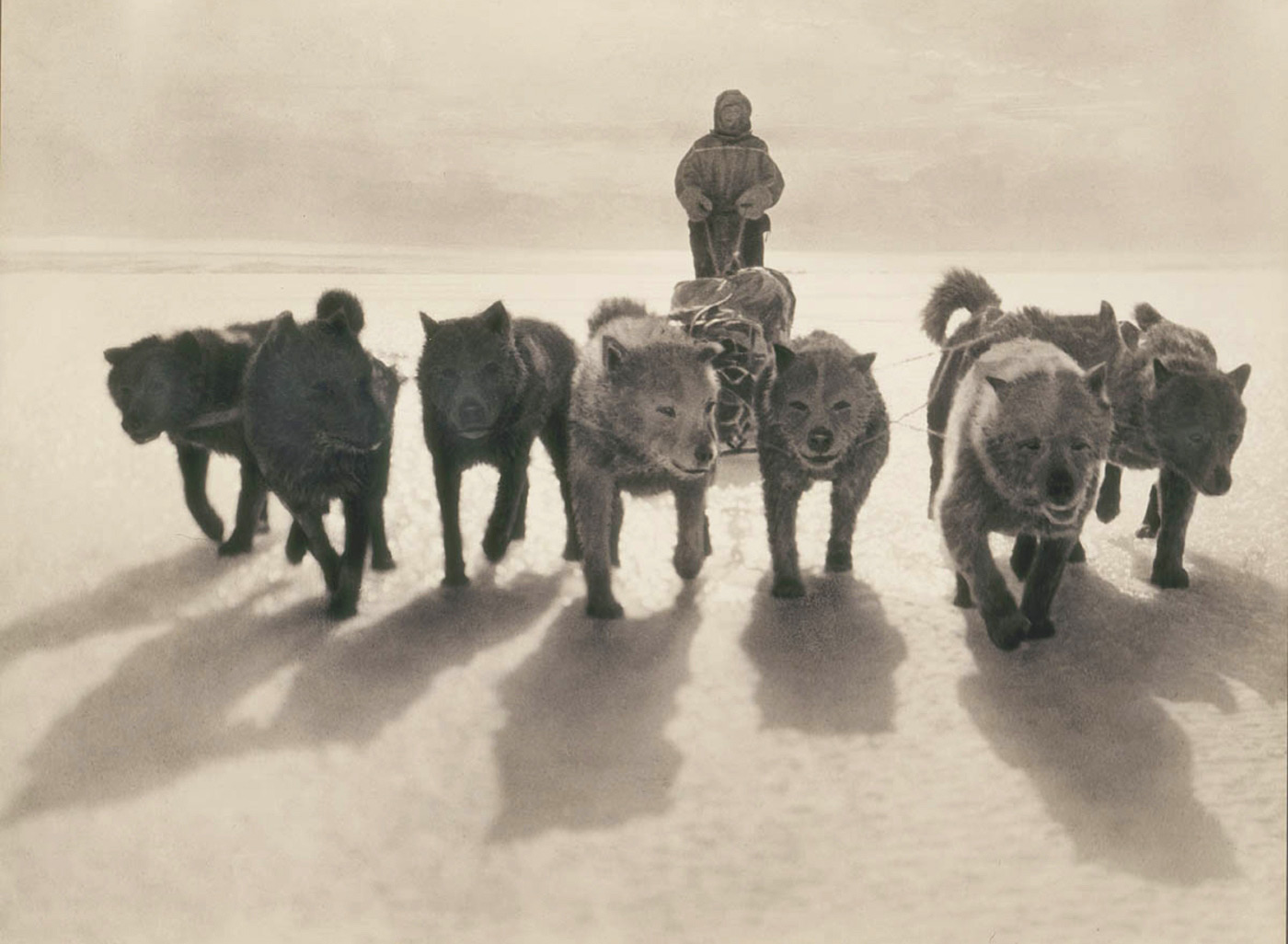 Worldbuild up the native fauna of your alien ice plains. Something mobile, which can survive on whatever resources this land has to offer. These animals can be used as sled dogs. Or if you have enough bizarre outré stuff already, use regular old sled dogs! As regards energy, if we can eat it, dogs can eat it. I am sure the dogs would be happier to subsist on lard and yeast paste than the humans.

Not the answer you're looking for? Browse other questions tagged technology transportation or ask your own question.

9
What is the earliest that a civilization could develop airships?
26
How to make the development and use of Steam Engines preferred over that of Combustion Engines?
11
What features might a wind-powered ship designed for travel over sand have?
7
Designing drop-pods for humans
2
Civilization on an Earth-like planet without using waterways for transport
3
General characteristics of an “aircraft” for gas-planet atmospheres?