Are there more secure way to report location?

I want to write a story about a group of people playing Augmented Reality (AR) games in a city that similar to any city we have in the modern world. A game like the one in the new anime movie Sword Art Online: Ordinal Scale, or something like Pokemon Go if you haven't watched that movie before. The problem is that I want it to be a game with money reward (the money are from advertisement and sponsor, more or less like cash price in eSports)

GPS is not a good solution, as you can see how easy it is to fake GPS location in Pokemon Go. In the Sword Art Online movie, it was solved by having small drones flying around the city to locate the players, where I doubt if any city would allow that legally, not to mention that would be very expensive.

So, are there there more secure way to report location for a AR games?

Realistically, they'd use multiple factors. Deriving location from multiple independent sources is always better than any single solution however neat.

GPS Practically free, so there is absolutely no reason to use it.

Celltowers and Wifi Gives independent verification that the phone is in the area reported by the GPS.

Mesh networking The player devices can probably connect to each other. This is a useful addition since the players move. This means the set of connections a cheater needs to spoof is constantly changing and it would be difficult to control which devices are close to you reliably.

Player cameras AR devices need to see the environment. This includes other players. This means the game will get a constant stream of random identity and position checks. This would make cheating risky unless you can control all the players in the area.

Environment modelling The game can recognize what the players see and verify it matches what other players and cameras have seen. This can include changing elements such as cars, people, or weather which can be difficult to spoof over time, if the game has independent data sources.

Behauvior modelling The game can build models of how players act. This allows it to spot player characteristic actions to support positive identification and suspicious actions or patterns that trigger added verification by the system.

Radio direction finding from cell towers. That's how the police could triangulate on phones before GPS became ubiquitous.

A radio direction finder (RDF) is a device for finding the direction, or bearing, to a radio source. The act of measuring the direction is known as radio direction finding or sometimes simply direction finding (DF). Using two or more measurements from different locations, the location of an unknown transmitter can be determined; alternately, using two or more measurements of known transmitters, the location of a vehicle can be determined. RDF is widely used as a radio navigation system, especially with boats and aircraft.

The cell towers are known locations. RDF from multiple (not just two) towers triangulates the location of the phone built into your AR headset.

I left a comment to another answer but then it was starting to turn into an answer. So I'm copying it here and continuing the thread:

Using only the phone, you won't be able to tell whether it is a real person holding the phone or it is fastened to a drone that moves around in the city and the player is sitting home and operating their phone remotely. Maybe additionally, you could make pictures with the phone's front camera and see whether it is a person holding it but that could be faked by gluing a picture there. Voice commands can probably be issued from the remote location and don't identify the player.

I can't see a way around a means of identification that doesn't rely on the phone itself. So maybe install check points with cameras and a sort of handshake protocol with the phone itself. It would be expensive to install them, though, and probably unrealistic if you're developing this game on your own. Unless you got permission to piggyback on already existing systems.

ETA: I just thought of another way: real world communication between players: your players get instructions to meet other players who are close according to the GPS. When they meet up, they exchange sort of passwords: both players get a keyword or something on their phone and they give it to the other and the other player types it into their phone. This confirms that both players were at the location their GPS said they are and both were humans actually playing the game. To prevent two or more people from cheating by only meeting with each other this way, you give a bonus to players who meet someone they haven't encountered before and give only a diminishing percentage of the points if two people have met before (depending on how many times they met in the past x weeks.) This would be a lot cheaper.

Firstly, for location spoofing, you could use a combination of the GPS and radio location systems already discussed. If they disagree, they go with whatever's considered more accurate for that specific case. It's a lot harder to spoof two systems than one. You could roll this into other methods - occasional NFC/RFID tags to be read, QR codes to scan, 2FA passwords (hat tip real subtle), or even if there are other players "scoring" at the same time and location, group selfie!

Another concern - not being attached to the phone- is quite simply covered- have the phone request photos randomly when points are awarded. If it can't take the photo, no points are awarded and you must take a photo the next time you "score". Miss two in a row and you start losing points until you do take a photo with you in it. Face recognition tech exists already for this to work. Your winners have their history audited against similar photos. Any photos without their face in it, that don't match other photos taken at the same time, or could've been doctored= no prize! 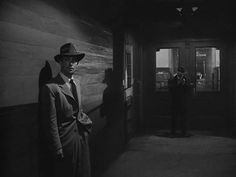 A time tested way to keep track of another person: have someone watch that person. A watcher who is good at seeing and not being seen. If this is for a fiction, it would be a great way to inject the story with a contrasting human energy that has deep roots in pretech thrillers.

Crowd source your player location burdens by offering incentives to non-players who document the location of each player using their cell-phone cameras. Supplement these observer contributed sightings with the feeds from traffic-cams, police-car-cams and public webcams.

There is a movie which used this idea, but I can't recall its name right now.

You could use RFID chips.

One dawback is you would have to plant receivers all over the city. This is sort of a double edged deal. A. you have to plant the receivers, but B. because they are your receivers you control the network. So it's almost a necessary evil.

Even this, though, is not fool proof. The reason the GPS has an issue is not because of GPS its because of the public nature of the data. So even with RFID someone could hack your system and use it to tell were someone is.

These are used at stores to keep stuff from walking off, and I've seen them used at hospitals too, especially on the "baby" floor to keep tabs on the location of newborns.

Not the answer you're looking for? Browse other questions tagged reality-check augmented-reality gps or ask your own question.

28
Are ravens a genuinely realistic way of carrying messages?
11
Is there any lifting gas that could provide more “lift” than hydrogen?
41
Why do people continue to live in an unfavorable location when there are significantly greener pastures?
7
What possible combinations are there for hexapods?
26
Infantry weapons, or why are there people running around down there anyway?
3
Is there a way for a country to rebrand itself?
6
Is there any way to Terraform Ceres?
8
Are there currents in space? Space flotsam?
2
Is there a possible way that humans could experience rapid physical transformation into something more animalistic?
12
What are some realistic locations for a secure location high above the ground?