Tunnels under the ocean

So I build a city on the ocean floor out of handwavium, Bioshock style, but I want an easier way to get there besides taking a boat to the middle of nowhere and then getting into a submersible.

I have an idea to dig a shaft deep into the ocean floor, and then make a tunnel leading to a near-by island, and if it goes well maybe extending to the mainland eventually.

Obviously once you go down to the ocean bottom there is a lot of pressure, but I'm thinking that by going down below the bottom the seabed will provide enough support to keep my tunnel from collapsing so I can have a dry path to run a rail line.

Is this a workable plan?

The feasibility of the city itself isn't a concern with this question. I'm just looking at a way to get to it.

Consider the depth and length (and expenses) of undersea tunnels like the Seikan Tunnel. If you consider the Yoshioka-Kaitei Station an undersea base, there is even that. This example shows that a tunnel is in principle feasible.

Many of the considerations for an undersea base apply to the tunnel -- if one is feasible, so is the other.

The deep oceans floors are made of Basalt (Mid ocean ridge basalt, or MORB). This is unfortunately quite permeable to seawater (and even to oil), so a tunnel would tend to fill with water quite quickly. Above the basalt is often a layer of mud with little mechanical strength.

Your best bet is surely to have a tube of Unobtanium on the ocean bed, or at least line your tunnel with it. Lining the tunnel removes the problems of mechanical strength and water ingress.

This is less difficult than building the city itself.

The key is to pressurize the tunnel, in the same way you have probably pressurized the city. Especially with a train system, an airlock near the entrance would not be difficult. The deepest tunnel now is the Ekiksund Tunnel at 287m under the water. Even if we take twice that depth as the engineering limit for non-pressure regulated tunnels, you're going to be fairly limited in locations. The oceans are mostly very deep. 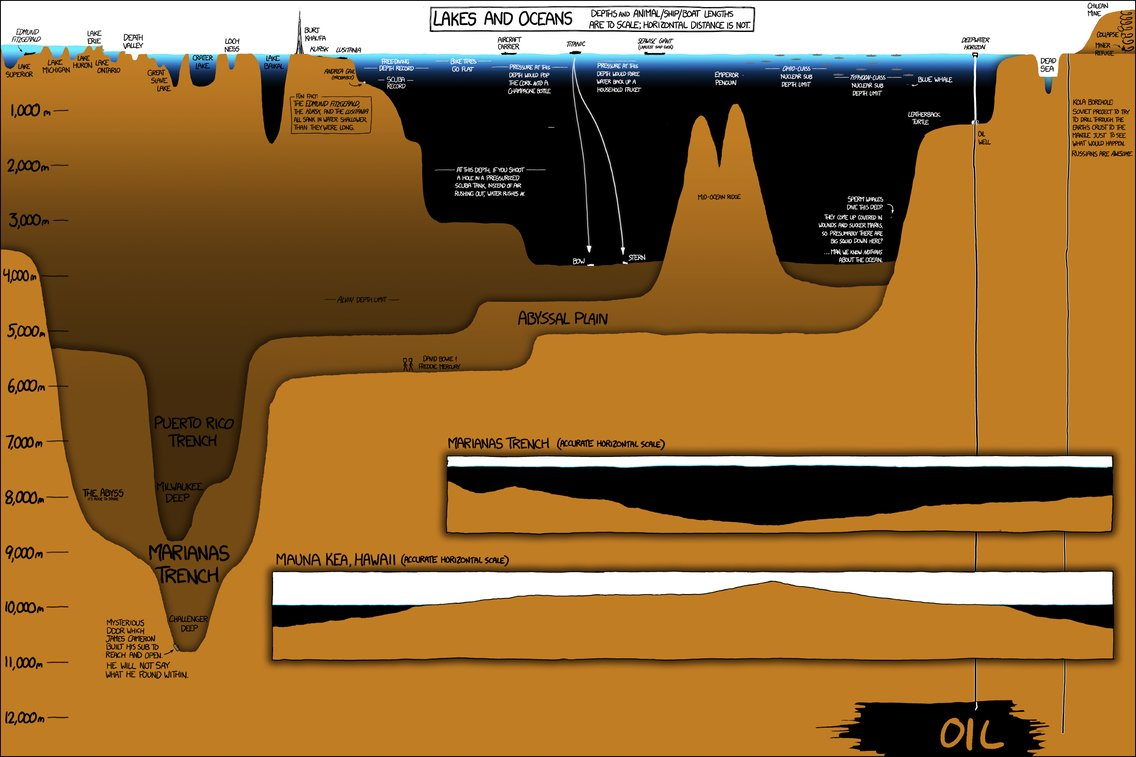 Pressurizing the air in both the city and the tunnel will make the engineering much easier. It also adds some safe limits on how quickly people can leave your city. So for the case of the tunnel, you may wish to have the train itself pressurized differently than the surrounding air. This will allow the train to slowly lower the pressure as it approaches the surface.

The other obvious option is to simply have the tunnel filled with water. Adding aerators will lower the average density of the water and allow the pressurized train to pass more quickly than if it were in pure water.

If you did such a tunnel, you will have to build a pipe inside it, to prevent the pressure from collapsing it. If you are building your city out of handwavium, might as well build a tunnel out of it.

Take the famous picture of power lines curving over Lake Pontchartrain. If you started a tunnel a mile or two landside of shore on each end, and built it as a chord tunnel, it probably would be entirely beneath the bottom of the lake.

If you build a tunnel for long distances underwater, you will run into a variety of problems, one of which is the time the journey would take on long trips. To go from Honolulu, Hawaii to San Francisco, California would take 2,393 miles at best train speed, it would take 8 hours of travel time.

Imagine if you could go anywhere in only 38 minutes.

What you really need is a Gravity Train. 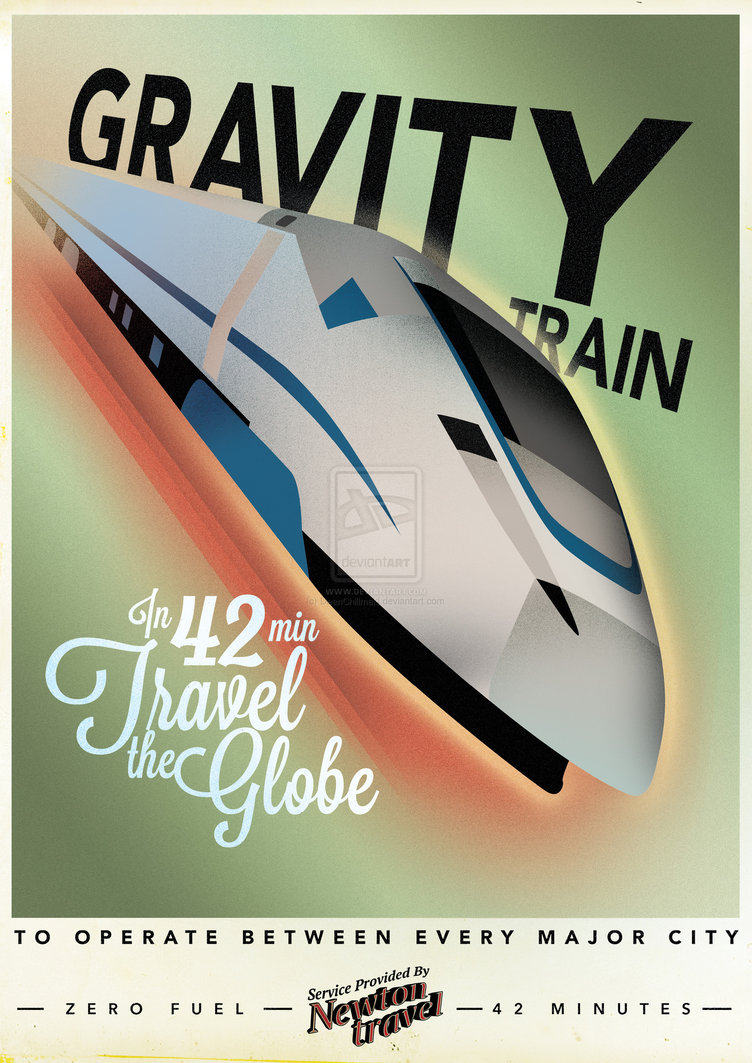 A gravity train is a means of transportation intended to go between two points on the surface of a sphere, following a straight tunnel that goes directly from one point to the other through the interior of the sphere. 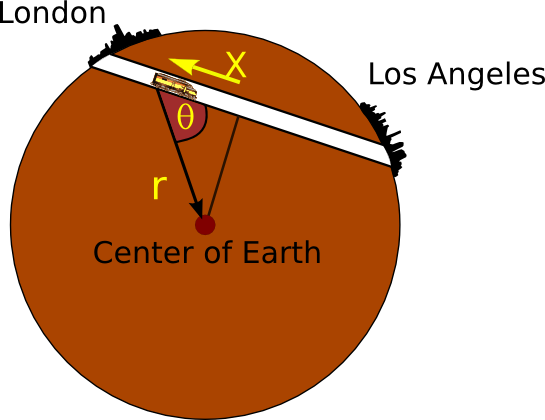 In a large body such as the Earth, this train could be left to accelerate using just the force of gravity, since, during the first half of the trip (from the point of departure until the middle), the downward pull towards the center of gravity would pull it towards the destination. During the second half of the trip, the acceleration would be in the opposite direction relative to the trajectory, but (ignoring the effects of friction) the speed acquired before would be enough to cancel this deceleration exactly (so that the train would reach its destination with speed equal to zero). The math works out that from the time entering the tunnel to the time exiting would take around 38-45 minutes.

Good luck with your choo choo.

Not the answer you're looking for? Browse other questions tagged science-based reality-check mines or ask your own question.