There are many interesting places, many interesting worlds. This world is not one of them. It has an argon atmosphere, and the planet itself is made of a very unreactive, insoluble, extremely difficult to erode, not at all shiny or luminous, monotone grey powder. It is about as dense as sand.

You need not think of how this world came to be, but if you can think of a very good reason why such a planet would come to be, then by all means say it. If necessary, the substance may be synthetic, but avoid anything along the lines of complex or organic molecules.

To eat it would be pointless, but it should not poison you if you did. The alchemists who teleport there babble about the dust having unlimited potential, but then nobody actually takes them seriously. Perhaps it does have such properties.

What is the best candidate for such a material?

You want grey? You got grey. Basalt is mainly composed of silicon dioxide(white colored), magnesium oxide(white), calcium oxide(white), aluminum oxide(white), and iron(II) oxide(black). The darker grey areas that you see on the Moon are basalt dust. If there was wind on the Moon, it would definitely be boringly covering the entire surface rather than being in concentrated mildly-interesting 'seas'.

You want simple? You got simple. Basalt is formed when silicate-heavy lava cools rapidly when exposed to the surface. Because of the rapid cooling, large crystals don't often form in it, giving a very monotonous, fine-grained texture.

You want dust? You got dust. Basalt weathers quickly compared to many other rocks, so the winds on this planet will quickly turn the surface into dust. It's good that the planet has a non-oxygen atmosphere, as a lack of free oxygen will prevent the iron commonly found within basalt from oxidizing and turning red.

You want alchemists to think it's useful? Alchemists could think it's useful. Basalt dust can be used to make a mineral wool called basalt fiber. This fiber can be used as thermal insulation, and thermal insulation isn't that interesting to the common person. However, the fact that a vocanic rock can be alchemized into fire resistant cloth is enough to get any alchemist interested.

Addition, because I forgot it needed to be more boring than sand:

In summary, the components of basalt are mostly boring, with one notable exception. About 50% is just regular sand, about 35-40%(magnesium oxide, aluminum oxide, iron oxide) are used in applications where being inert is a good thing, and 10%(calcium oxide) heats up when exposed to water. That last 10% of calcium oxide could be what the alchemists are interested in, whereas normal people just see the boring 90%.

It's deactivated Grey goo, Smartdust, Programmable matter, Computronium, or something like that.

Basically trillions of nano machines that at some point in the past ate the planet and converted it all into more machines, and then when there was nothing left they turned off. Now it's just this inert dust like stuff. After all this time it's probably harmless...

Edit: So something a little simpler.
If you are looking for something like a single element/compound, you could look into most of the transition elements. They are all metal, and non-reactive.

Best possibility I can think of might be powered Aluminium oxide. It's hard, dull grey, and would be extremely interesting to alchemists.

Something like a tungsten dust. It has a dark grey color.

Another possible option is impure carbon. It's very hard, and with the right impurities would be opaque, though possibly not dull. 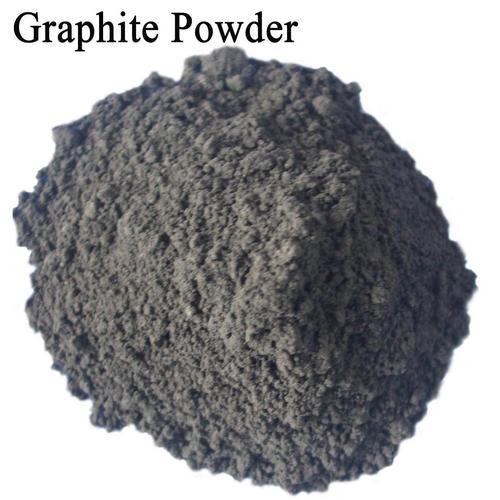 You need not think of how this world came to be, but if you can think of a very good reason why such a planet would come to be, then by all means say it. If necessary, the substance may be synthetic, but avoid anything along the lines of complex or organic molecules.

The planet is a worthless ball of rock whose only remarkable quality is a resistance to corrosion and being drilled through. It might be basalt, or granite, possibly mixed with even harder substances (e.g. moissanite - but not large crystals as they might be valuable). It might be covered in soot. The atmosphere is worthless and unbreathable. That's exactly the point.

It has been engineered that way to act as an enormous shield for the civilization (possibly virtualized in computronium) that dwells several hundred kilometers beneath. They weren't interested in interstellar voyages, feared that someone warlike or otherwise unagreeable might come by, so they retreated and made their whole system as unappealing as possible.

(I would not be surprised if some smaller asteroids and satellites in the system were actually extreme-endurance self-repairing kinetic energy weapons, designed to stop the occasional wandering planetoid).

That's more difficult - boring and with unlimited potential? Either solve it literally: the dust is carbon. Soot, or graphite. Unlimited potential, except it isn't worth the expense to mine from the gravity well. Or it might be made up of the dead nanomachines that deathformed the planet to make it worthless real estate, but in that case the dust might contain some valuable trace elements, which won't do.

This is interesting an interesting question. Like Giter answered, you could have the surface made of weathered basalt. Here is my idea for forming the planet: In a developing solar system, a rocky planet closer than the snow line gets hit by another protoplanet of almost equal size. They hit at an angle so that a large amount of the planet gets pulverized and thrown into orbit as a large ring system, and the main planet gets almost completely melted. The material in orbit however stays as a very separated ring, and no large moons form.

Because the collision was so large, it knocks the planet out of the system and burns away all volatiles that existed on the planet before. Now a rogue planet, far from any star and left to drift for billions of years, it cools down, re-solidifying the rock in orbit and on the surface into basalt. The particles and moonlets in the ring slowly de-orbit, and pulverize the surface into gravel and dust. The rogue planet, left alone for so long, also gradually releases helium gas from decaying uranium in it's core, which is a noble gas unreactive like argon, into the atmosphere, which doesn't get blown away like it does around a star.

The planet is a cold dark body, flying alone under the stars, with a grey dusty and gravelly featureless surface, and an inert transparent helium atmosphere.

Your search is doomed. The best you can hope for is to make it a moderately uninteresting planet.

Making it too uninteresting would attract attention. It would be at the extreme of a bunch of distributions.

So you need to figure out what makes planets interesting to civilizations.

As an example of what some civilizations find interesting, consider Poul Anderson's "Satan's World" This was a rogue world between stars. It was going to encounter a fly past near a blue giant star when discovered.

So what use is a frozen planet soon to be well baked?

In his novel they used it for mass transmutation, using the oceans at heat sinks. As the planet retreated back into the stellar night the level of transmution increased to keep the planet at a reasonable temperature.

Depending on their technological level (I assume they teleported with magic or similar alchemic stuff and not an elaborate highly technological machine), you might also take stuff into consideration that today would be very interesting and valuable like titan but useless in past times because there was no way to easy way of fabrication.

4
Designing the most boring planet ever discovered. Part 1: planetary surface
5
Would Vesta Be A Suitable Spot For Colonization

5
Could a Tidally Locked Moon Ever be "Unlocked" via Artificial Means?
4
Designing the most boring planet ever discovered. Part 1: planetary surface
6
How could a race of humanoids have grey skin?
8
What does a global war look like from space?
1
So, how do you ground a dragon?
48
With what liquid should I fill my dead, intraversable seas?
7
Weaponized Instruments
4
How to block extreme winds on a stormy planet?
8
An ocean of mud?