Reality Check: Is This Habitable Long Term for Humans

Tidally locked planet around a red dwarf that is very active with solar flares being a daily danger.

The habitable zone around the planet is made up almost entirely of mountains, as is a large amount of the surface on the day and night side. There is a large ocean that covers much of the day side, and circles around to the dark side in the southern hemisphere.

The planet has a gravity 0.4 times higher than Earths.

The atmosphere is breathable after some adjustment, it is similar to Tibet for air pressure and oxygen content. The water is also drinkable with basic filtration.

Temperatures in the habitable zone at the foot of the mountains range between 4 degrees Celsius close to the dark side, to 25 degrees Celsius near the day side. These are rough averages, a lot depends on wind conditions, shade, etc.

Hurricanes are nearly continuous, causing heavy erosion on the mountains and turning valleys and plains into swamps. Some life is there, but it's mostly coral like and under water to protect itself from the UV flares.

Due to the heavy erosion and tectonic activity the mountains are riddled with caves. These caves have lots of coral and mollusk like plants that can photosynthesize while surviving the worst UV and hurricanes. This provides food for cave dwellers who spend most of their lives inside the extensive cave systems, creating a food chain further into the caves through their feces. Frequent floods also bring food and nutritious muck into the caves for bugs, fungus and bacteria to eat.

Water seeping through cracks form feeding spots for bacteria, mold and slime, which in turn are fed on by bugs, and are eaten by larger animals. Underground lakes and rivers, often fed by water from the surface and magma vents deep underground, provide life for fish, mollusks, crustaceans, worms, bacteria and thermophiles.

No animal is larger than a good size cat, but they often have poison and the predators will work in packs to get a meal.

The humans numbering two hundred, have some mining equipment, grow lights that with maintenance can last for decades with the ability to make more, and a large amount of survival equipment (clothes, sleeping bags, cots, tools, water purification systems, flashlights medical kits, etc).

For food they have a years supply of rations, several kinds of herbs, cabbage, cress, broccoli, beets, radishes, dandelions, carrots and sweet potatoes, these can grow in shade but take longer to grow and don't produce as much yield. For meat they have several types of edible beetles and chickens.

The humans will be close to the day side.

Is this enough for long term survival or are they doomed after a few years?

Good news! You have a good chance of having a robust magnetic field and less wild temperature variation according to this study by Exoplanet Exploration. To survive the temp differential and not break up your planet must be good at dispelling heat as well, out the night side, evening temperatures somewhat and turbocharging a magnetic field. They even figured in a more active star and increased volcanism and found this a sufficient mechanism for protecting life from flaring radiation.

About the atmosphere, gravity and plant life. Higher gravity, lots of volcanoes so lots of gases ejected, why the thinner atmosphere? and since CO2 and other nasty volcano gases, you're going to require a bit more vegetation or mechanism for O2 production. But with a denser atmosphere perhaps no great need for as much O2 by percentage, merely enough to supply the colonists. It looks like you've thought about a nitrogen cycle but high levels of regular CO2, methane, etc, production from volcanism, you'd better have some good stuff in that ocean. Lack of abundant nitrogen though would explain a bit about lower atmospheric density and generally stunted life.

But about the colonists chances? If the planet is working so far it means it indeed has a healthy magnetic field and the solar flares won't be such a problem. I'm not sure how extensive long lasting cave systems mix with highly active tectonics...but skeptical. All the large cave systems I've visited, whether of volcanic or hydraulic origin, were in stable areas, not prone to earthquakes. For your whole system to work you're going to need to answer how the caves are stable amidst all that plate activity (I'm guessing).   I'm also thinking about needs for long term survival and stability, room for expansion and hope are important considerations. You've spoken of the challenges, difficulties, and dangers the planet affords; what about what is good about it? Finding something intriguing, even wonderful, that made the colonists feel hopeful and a sense of connection with the planet rather than it be nothing but a hostile enemy. While the animals may be quite dangerous to each other (poison), with such a distinct and tight ecosystem, none would identify the foreign colonists as enemy or pray, and even ignore them all together or permit close proximity (perhaps).

These caves have lots of coral and mollusk like plants that can photosynthesize while surviving the worst UV and hurricanes.

How can light reach the inner of caves? It will at best stop few meters after the cave entrance.

Water seeping through cracks form feeding spots for bacteria, mold and slime, which in turn are fed on by bugs, and are eaten by larger animals. Underground lakes and rivers, often fed by water from the surface and magma vents deep underground, provide life for fish, mollusks, crustaceans, worms, bacteria and thermophiles.

In the caves we know the food chain is much shorter. You can have some mollusks/crustacean or even amphibian, but to sustain a fish you need way more biomass. Caves have really limited energy intake, no much life can thrive on that.

For food they have a years supply of rations, several kinds of herbs, cabbage, cress, broccoli, beets, radishes, dandelions, carrots and sweet potatoes, these can grow in shade but take longer to grow and don't produce as much yield. For meat they have several types of edible beetles and chickens.

Again, I think you are overestimating the energy income on these caves. They are basically dark places, not shady ones, with some chemical energy dripping from above. You lack the light and the ground to grow plants. Not even mentioning that growing poultry requires even more biomass to sustain them.

Your humans will be doomed shortly after the year of supply they have is gone.

The very best place to survive is on board the spaceship orbiting the star. The starship's own life support systems will provide functional temperatures, breathable atmospheres and radiation protection. 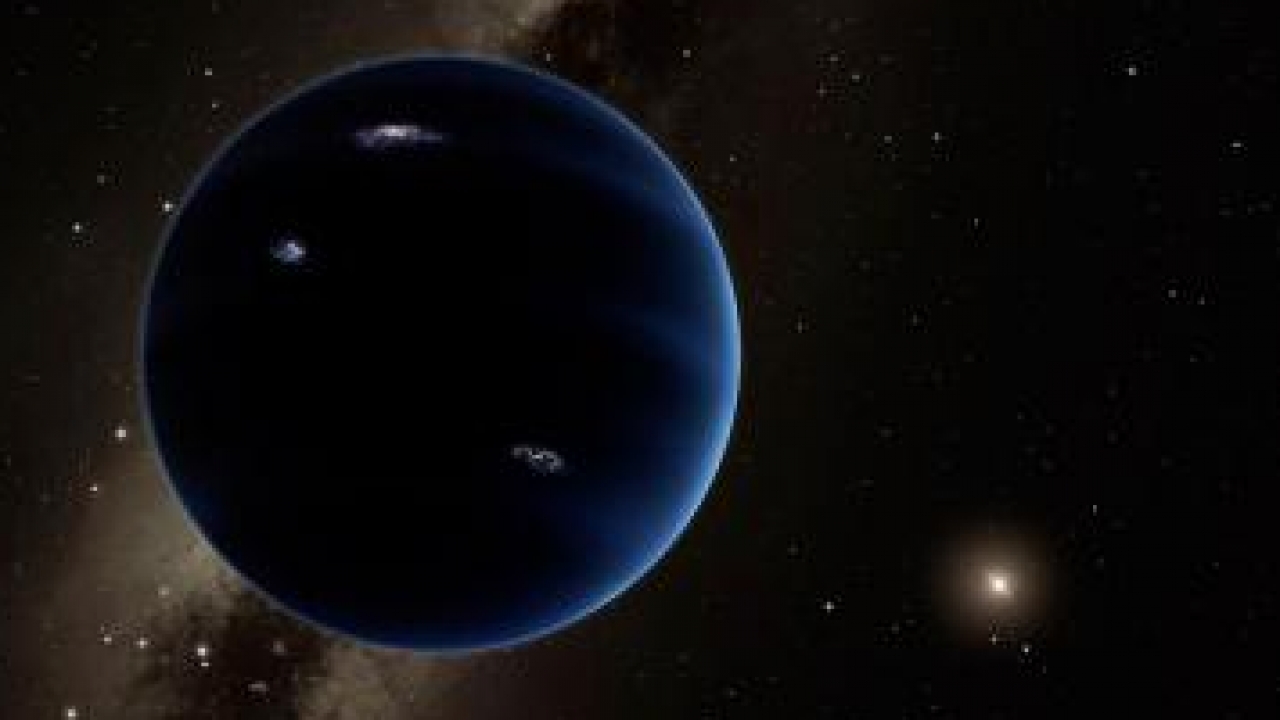 This is the way you will be seeing the planet

The crew simply places the starship in a position where the planet is between them and the star, and using shuttles, a tether or other means mines the planet for materials to top up the systems. All that extra water is nice, and minerals can be used to charge the life support system with various elements which have been lost due to inefficiencies of the life support system.

Further mining can bring raw materials into orbit, which can then be heated to a plasma using a large solar mirror (really nothing more than a big aluminum foil sheet) in a separate "smelter" orbiting the star with no obstructions between the facility and the star. The plasma are then passed through a mass spectrometer to be separated by atomic mass and then deposited on cold traps. The crew now have the raw materials to feed into their 3D printers to build replacement parts for their starship. 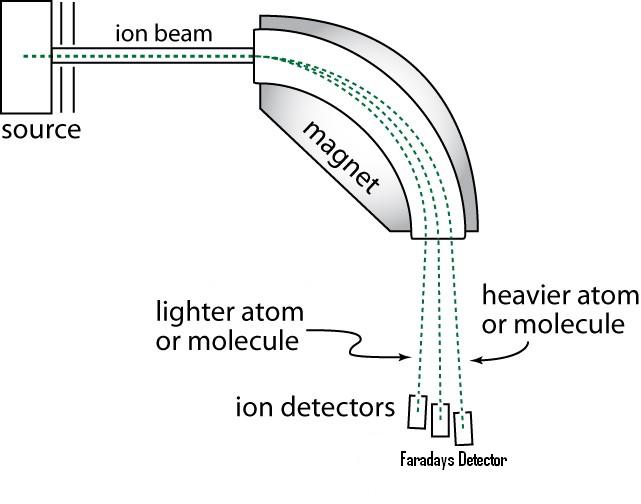 Workings of a mass spectrometer

Even seemingly useless stuff becomes handy in space. Any slag materials becomes plating to increase the radiation shielding of the ship. If there is a lot, you can build large orbiting shelters out of it, and gradually fill it with water, soil and atmosphere to increase your living space and standard of living. If artificial gravity is a thing, new grav generators can be built and added, otherwise the shelters are rotated to create an artificial gravity. 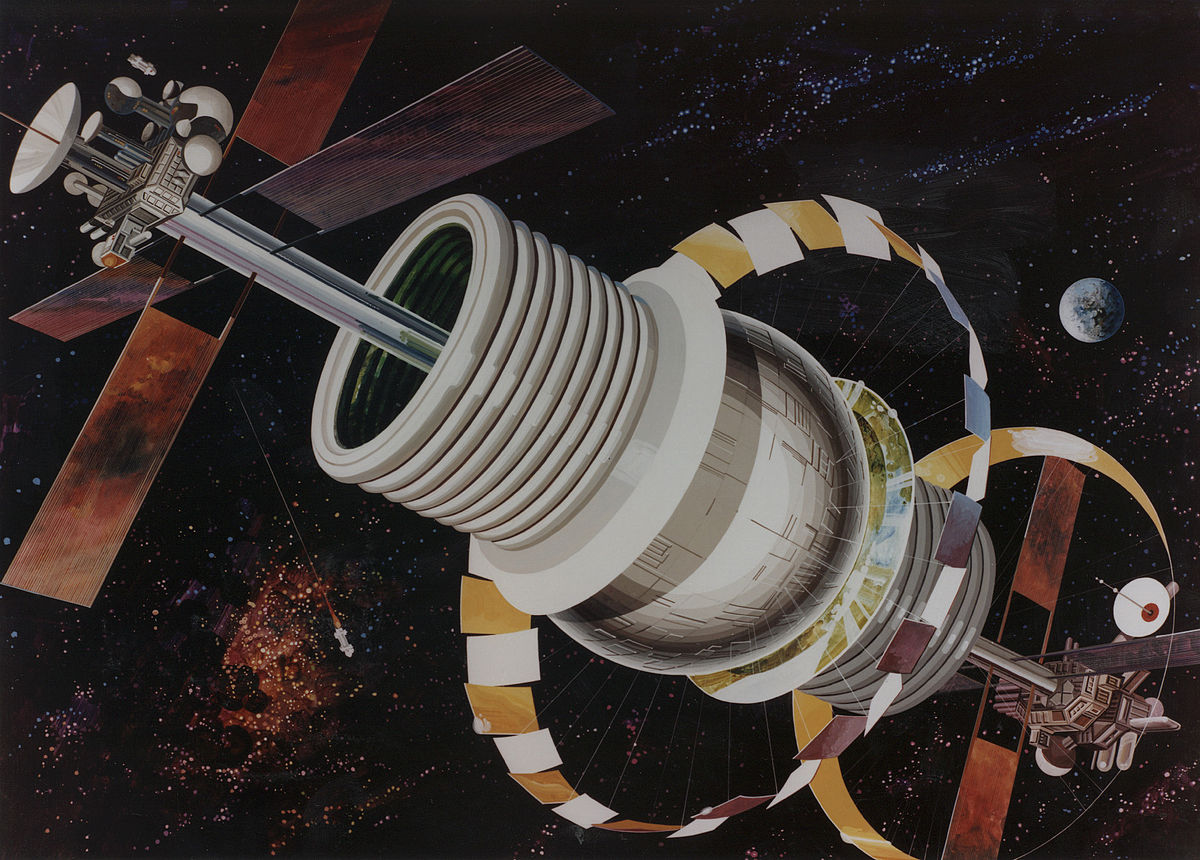 more leg room for everyone

This may sound like a cheat, but consider if they have the skills and tools of a starship crew, it is far more efficient to use those tools to create their own environment in space, rather than spend excessive time and energy fighting the local environment attempting to make a livable habitat.

17
Would a planet with very small temperature variation (between 17 and 21 degrees Celsius) be possible?
5
Proxima Centauri and tidally locked planets
22
Is this coral lagoon geologically possible?
9
Reality check: Is this a plausible way to breed raccoons?
1
Determining maximum cave depth
3
Is this fictional habitable exoplanet of Alpha Centauri A realistic?
3
Could the differences between day and night on this desert planet allow for strictly nocturnal condensation?
6
How did the vast nexus of hollows, caves and a thriving underworld on this alien planet come to be?