Is an offset mountain range plausible?

For my world, I would like a coastal mountain range that partway along its length is offset by a few (say, 100) kilometres, forming a pass through the mountains, like so: 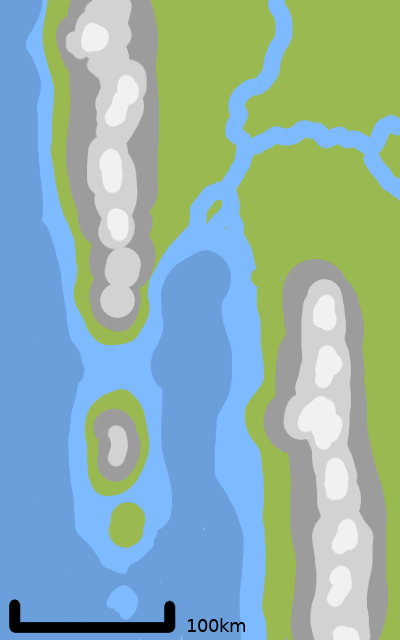 (N.B. I've drawn this very square and regular to illustrate my point)

From what little I know of plate tectonics, this would require the mountains to be created by a normal continental plate (yellow) meeting an oceanic plate (blue) along one fault line (red), and then a second fault line perpendicular to the first along which one part of the plates slips (so in effect four plates meeting at one point): 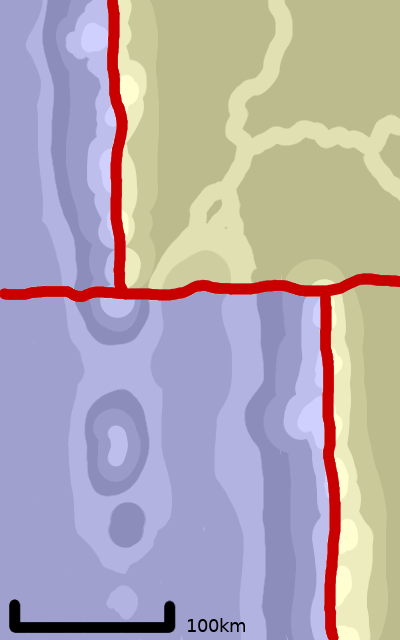 My question is therefore:

I had in mind a roughly Alps sized range placed in a similar manner to the Andes, but these are less important than the existence of this feature.

It's not geologically impossible. If you want something that looks somewhat similar, there's the transverse faults located along seafloor spreading ridges that offset the ridges by sometimes long distances. Here's an example from the East Pacific Rise 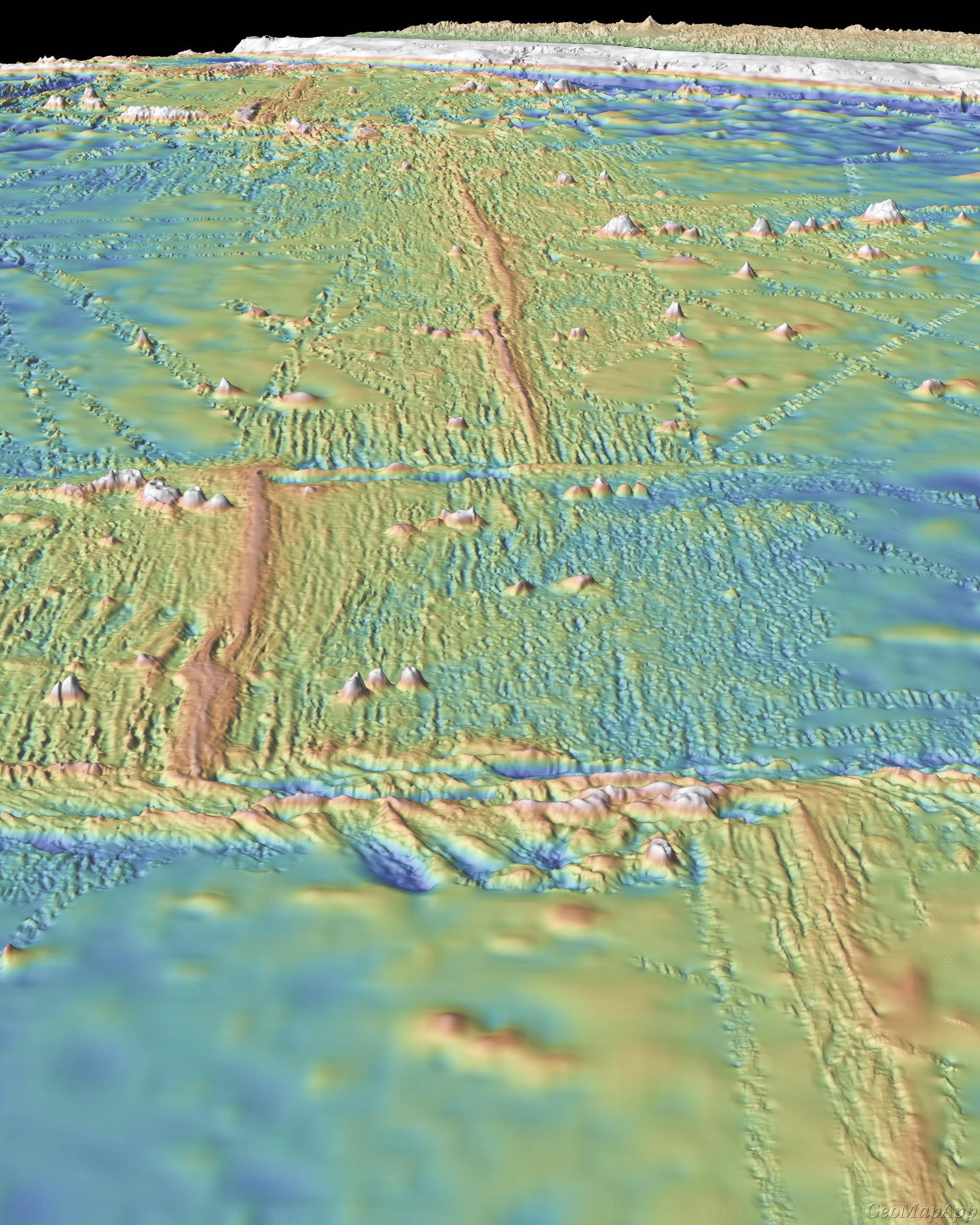 Between The Dalles and Portland, the river cuts through the Cascade Range, forming the dramatic Columbia River Gorge... the Columbia cuts through the range nearly a thousand miles from its source in the Rocky Mountains.

While not between tectonic plates, it's between crustal blocks.

The picture is from here, the river is (approximately) the blue line.

It depends on how married you are to the idea that they must literally be the exact same mountain range. From the strictest geographic perspective, once the mountain chain is no longer in a single unbroken line, then it's considered two separate ranges anyway, even if they have the same geological origin.

Based on the first map, which is very similar to the west coast of North America, then yes, there is another process by which a similar topography can happen that would not involve the transverse fault running horizontally through your second map.

As the North American Plate moved west, it created chains of volcanic islands in front of it, called island arcs.

Eventually, the North American Plate plowed into the islands and they glued themselves to the front of it, as mountain chains. In geology, this is called accretion.

As North America has continued moving west, the former-islands-now-mountains have continued to get taller, especially in western Canada. You can get an idea of what this process would have looked like, over geologic time, here:

So, going back to your first map, what you would have would technically be two separate mountain ranges, very close together. They would have been two island arcs, very close together, that were accreted onto the main continent. This could result is a valley with a river system similar to yours between them, but the ranges could also meet somewhere off the top of the map, the way the Coastal Ranges meet up with the Sierra Nevada.

Edited to add: This way, you don't have to have a separate explanation for how the island to the south of your western mountain chain formed. Since it would be part of western island arc, it would make sense for the island to be slightly behind the eastern range. You wouldn't even need to say that it was still accreting - similar to Vancouver Island, you could have the leading edge of the continental plate be just to the west of the island and its associated range.

Not the answer you're looking for? Browse other questions tagged reality-check geology mountains tectonics geophysics .

8
How large can a mountain range get?
7
Barycentric influence on plate tectonics
4
How could a mountain range naturally form in a roughly clean, complete shape?
22
Is this coral lagoon geologically possible?
71
How could a natural road form across a sea?
8
Coastal Mountain Ranges--In Which the Mountains are the Coast
14
Geological aftereffects of an asteroid impact on a large mountain range?
2
Valles - a world of deep canyons, could it work?
14
Reasons for a very small but very high mountain range in an area with no plate boundaries?
15
Are snow caps plausible for a mountain range in an extremely large desert?