I am writing a story where humankind has made contact with aliens, and has been spending some weeks trying to establish meaningful communication.

These are the characterisrics of the aliens that I find relevant to the question:

Most importantly: they have articulated arms and hands. Their arms have two elbows. Their hands have zygodactyl fingers, that is, four fingers disposed like the toes of a woodpecker: 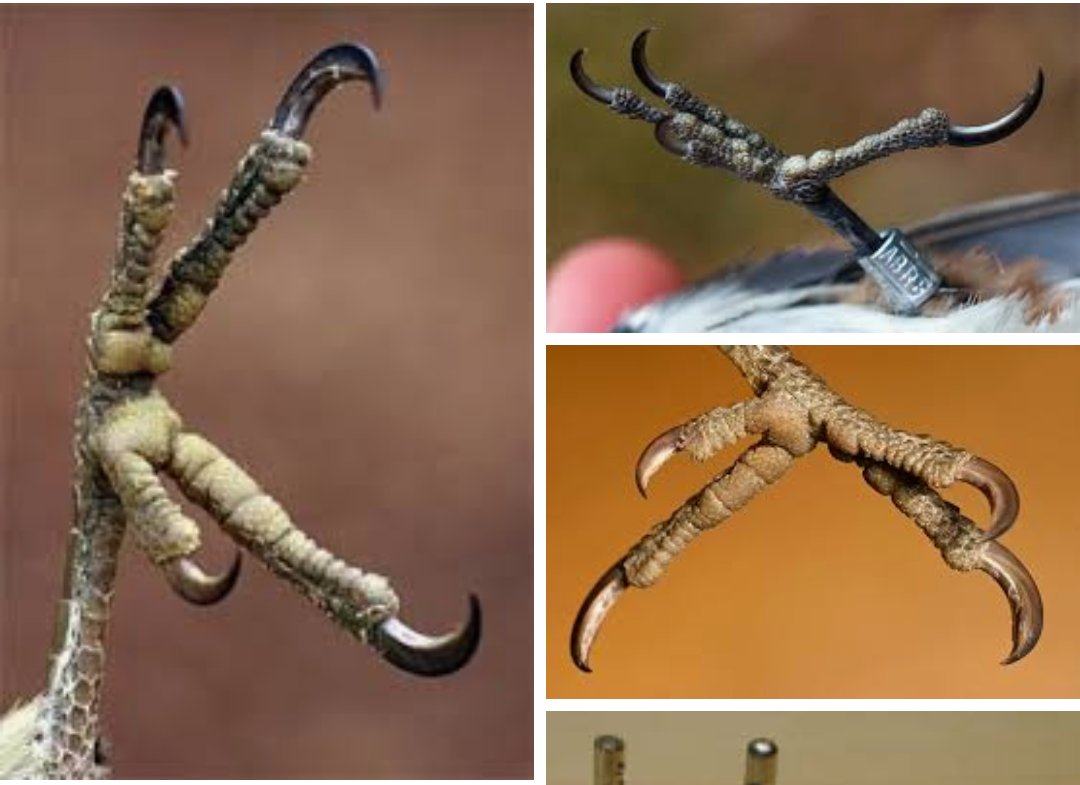 In a way, all of their fingers are opposable thumbs. The aliens are dexterous, according to this definition from dictionary.com:

skillful or adroit in the use of the hands (...)

Last but not least, they naturally have four arms each - but in some tribes they rituallistically tear one arm from each side off, so that the remaining arms and hands get more agile as a compensation.

With all these conditions in mind, I would like to have the aliens communicating with the humans through sign language.

The aliens are smart enough to understand the American Sign Language should they be taught. But would their arm/hand configuration allow them to express themselves by using ASL, and if so, would they be able to use it without limitations? I.e.: would they have the ability to express ideas in ASL without any constraints caused by their anatomy?

I am willing to accept an answer that says the aliens would not be effective at all at using ASL if it makes a sensible point - as a fallback for my history, humans can learn to interpret the aliens' sign language too.

Edit: one reason I would have for the aliens to be able to use ASL, even if in limited or modified form, is so that the aliens would have the possibility to learn it and communicate with humans who have never had any contact with the alien language before. They would be able to contact a human newcomer and say "We can understand you, the other humans taught us".

They would not be able to speak unmodified American Sign Language. Many of the signs require the specific features of human hand anatomy. At the most basic level, they'd be unable to count (the counting signs require five fingers) and unable to finger-spell (the "M", "N", "S", "T", and "W" signs require contorting the fingers in ways a zygodactyl hand can't). Even those symbols they could produce would often be perceived as having a heavy accent.

More advanced aspects ("words", "sentences") would be similarly inhibited. In addition to being unable to form the hand shapes for some words, a snake-like species is likely to lack the facial mobility needed for non-manual signals.

No, they could not express themselves with ASL, because ASL is a language designed specifically for humans. Their arms, finger joints, facial expressions, all would have to be "correct" to call it ASL. It's really a beautiful language that is far more than the hand positions.

Instead, they would adapt ASL into their own language. For some concepts, the gestures and patterns may strongly mimic that of ASL, such that a human trained in ASL may recognize the patterns. It would be a bootstrapping process of sorts. Might as well start from a language that humans already use. But the language would be distinctly their own. It would be a new sign language with etymologies derived from ASL, just as English derives from Old English, French, and a host of other languages.

The result would be useful from your story perspective, because humans would be able to interpret this sign language. But it would be richer by not pigeonholing their signage to that which humans make. With a little effort, I'm sure you could come across really interesting signs which are modified to support the alien anatomy, but which give hints as to the culture of the aliens. For instance, it might be interesting to have an alien race where the mother and father figures are not nurturing, but are seen as opponents to rise above, and see how that twists the aliens' body language when signing MOTHER or FATHER. Perhaps there might be a more vicious hook to the thumb as it touches the face, referencing the brutal claws of the parents.

You have something going for these aliens in that they can see, if they and your humans can see the same things, then they can ask each other what things are by pointing at the unknown. Being able to read a point would be a plus, but it's not guaranteed unless your sophonts exist in groups where they have to direct each other (some dogs can learn to follow a point, chimpanzees have trouble with the concept).

Your basic case for mutual language should probably be looking at Helen Keller. Helen Keller was 19 months old when she had an illness that left her deaf and blind. Originally, they were trying to teach her words by spelling them onto the palm of her hand, but since she had no knowledge of what the symbols meant they obviously didn't stick. The key breakthrough in Helen's learning came when her teacher spelled the word 'water' on her palm while pouring water over her hand. Apparently, that was the one word Helen has started to learn as baby, so with that one connection made, that the spelling of w-a-t-e-r meant 'cool, textureless, flavorless liquid that I can drink' she could then separate what was written on her palm as "water" or something else. But that first word bridge was the key.

This is where being able to point might help, your aliens can see. Your humans can point to water, or pour a cup of the stuff over their hands and sign water. The aliens can then reciprocate with their sign for water and a mutual vocabulary can be built up, in sort of a meeting-half-way fashion. The human offering their own sign, the aliens giving theirs, the human or alien trying to mimic the simpler sign. (This can then be tested by setting out several objects, signing for one and having the other party then gesture to the object. You can then have perceptual fun by throwing complexity layers at it, what is more water a puddle on a table or water in a cup? If the addition of 'cup' changes the meaning of 'water' the alien will point at the puddle. A human might hand you the cup, as the puddle is not water, exactly, but is a wet table.)

Why don't we learn their language? It's easier for human to do Ritual Dance than for a taloned hydralisk to do "I love you" sign.
And Ritual Dance is IMHO much closer to body language than ASL to sign language of aliens. Mostly because "American" and "sign". Communicating with ASL would be like learning ALL Japanese words as pictures rather than hiragana and katakana to READ.

So you introduce second communication jammer. Apart from people who THINK with ASL you need to translate your thought in your language to ASL, then alien need to decipher ASL to their language and THEN decipher meaning. Because "Bullshit" in human language may have totally different meaning than it have in theirs.

This is a silly question. If these aliens have not developed writing, they have no concept of spelling - ASL is heavily reliant on both, being a language that depends on users being able to write and spell.

Either someone has to learn the alien language, or some intermediate "Esperanto" has to be developed - perhaps involving a written language, then semaphore. Tedious and slow, but practical.

9
Overcoming language barrier; no speech
4
What is essential to creating languages?
4
How would two alien races decipher each others language?
10
What is the most efficient and safest way to communicate with an alien should first contact occur?
5
Would a 2 thumbed hand increase grip significantly?
6
How would a two-speak language evolve? (Spoken and Sign-Language)
5
What biology does it take to form human language (communication between species)
18
Language that cannot be divided into words?