What vegetation/biome could I expect in a tropical region at an average temperature of 8-9 degrees Celsius?

So, my climates are extreme due to a 31.1 degree axial tilt. The maps provided show a climate classification system based on prevailing winds and elevation.

Based on Reddit user u/shagomir's Planet Calculator Pro workbook, I have an average temperature in the tropical regions of about 8.85 degrees Celsius throughout the year.

What sorts of vegetation should I expect in a climate zone with so much precipitation, but such low temperatures? What Earth biomes are my tropical regions likely to compare to, if any? 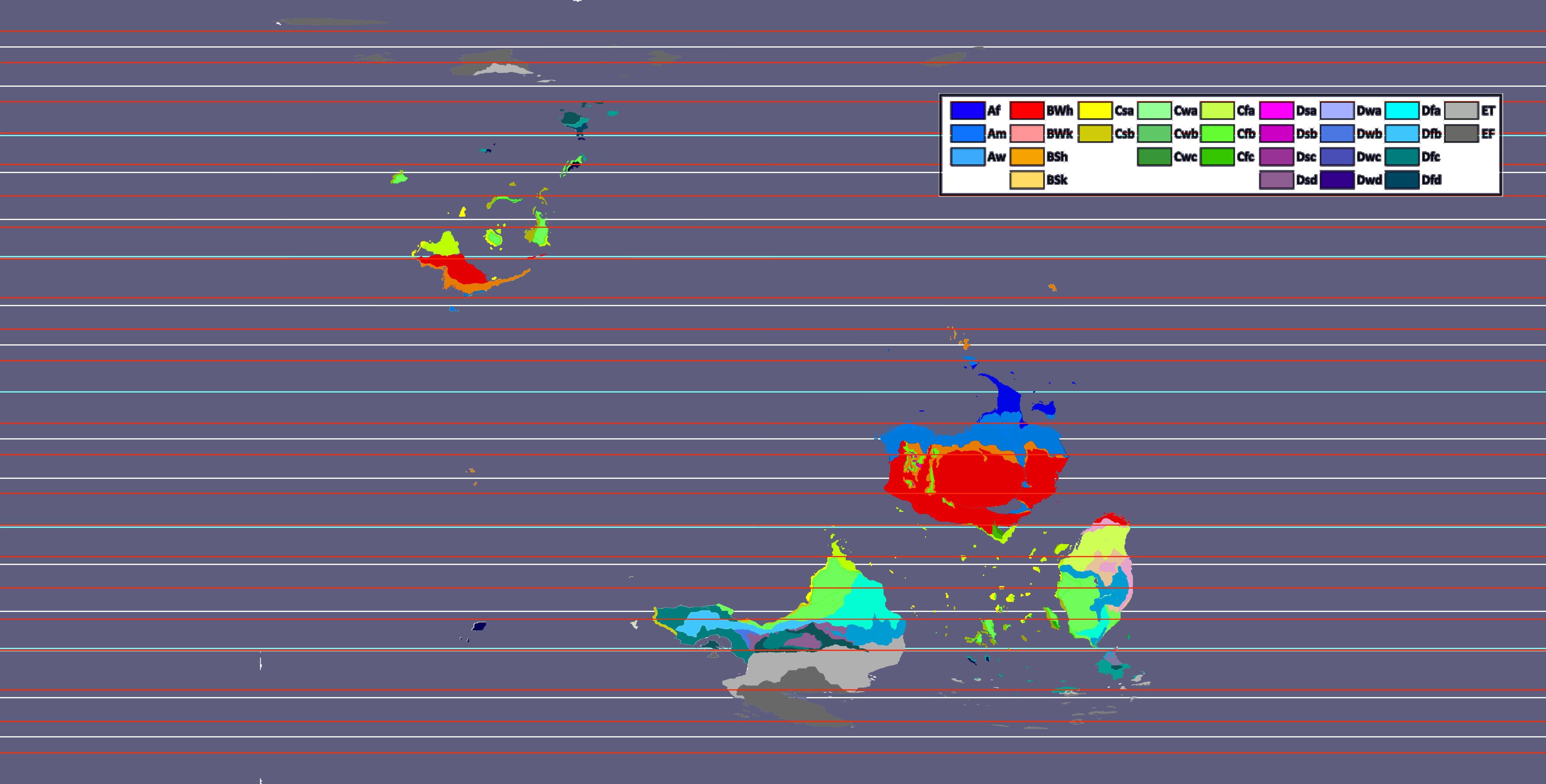 This equirectangular map projection displays the general location of climate regions according to the Köppen Climate Classification System on the landmasses. The blue parallels are the equator, tropical and polar latitudes. The red parallels are 7.5 degree intervals at which the temperature was estimated in u/shagomir's temperature models.

From the North pole southward, here are the average year-round temperature estimates for each latitude band from Shagomir's workbook: 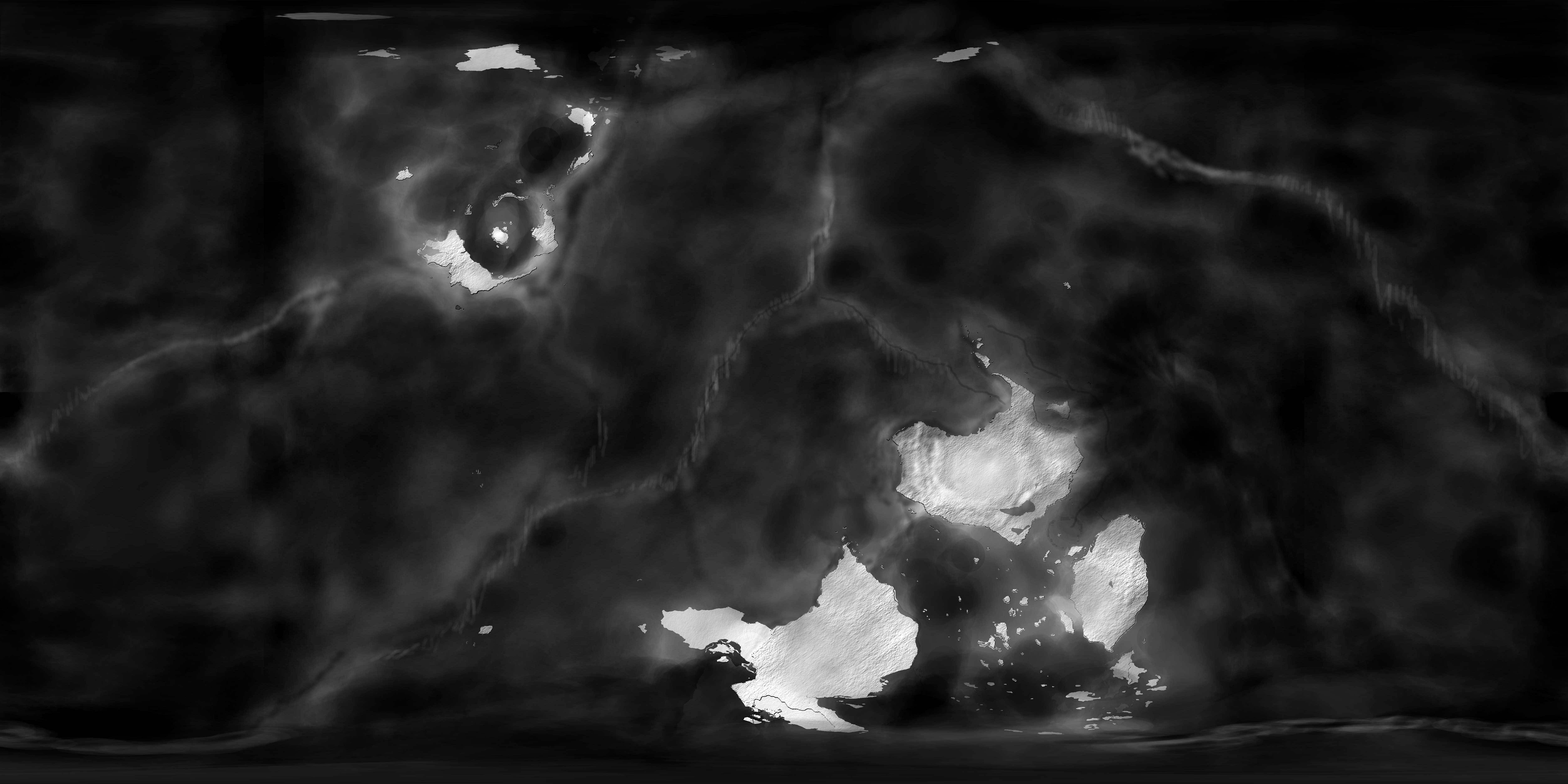 Your climate classifications are wrong

There are a couple things going on here. First off, in the Koppen climate system, the 'A' indicates year round average temps over 18 C. Since yours are not that, then you clearly don't have any Af or Am as marked on your map.

Second, I don't see where you got your precipitation estimates from. The Koppen indicators all mean a certain thing as far as precipitation goes, and just taking a quick look, I'm not sure they line up great on your planet.

Your 'tropics' are a desolate tundra

The closest thing to your world are isolated islands in the South Indian Ocean. The Auckland Islands, off the south coast of New Zealand, have a year-round average temp of 8.1 C, with highs in January of 14.8 C and lows in August of 3.2 C. There is also plenty of rain all year, certainly enough to qualify as a rainforest under Koppen's system.

Here is a pdf of vascular plants of the Auckland Islands. Basically, there is plenty of water, and plenty of low growth, but too much oceanic wind and not enough heat and sun for trees. Looks kind of like Scotland, except even more bleak, if possible. 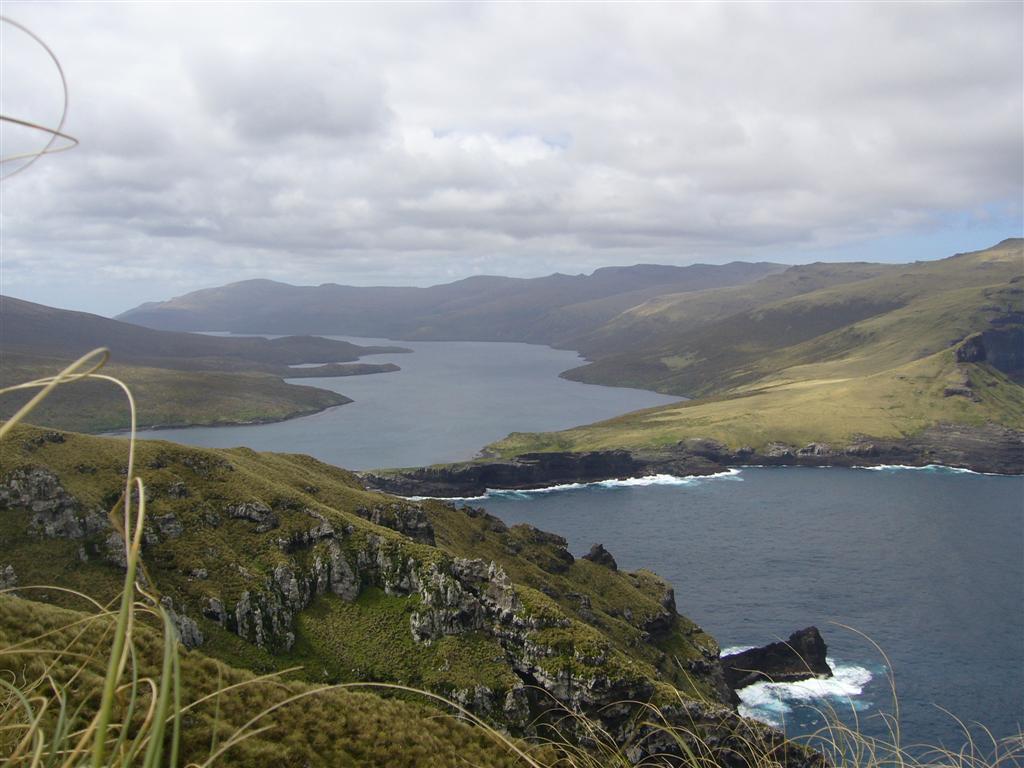 This planet isn't going to have tropical regions, not even near the equator. Given those average temperatures, you're more likely going to have a snowball than something Earth-like. Your climate map as posted appears to be based on a much higher planetary temperature than you actually have.

Your basic problem is temperature. Earth's average temperature, spread over the surface over the course of a year, is about 15C. Naturally, this is not consistent over all latitudes: some will be higher, some lower, or else we wouldn't have permanent ice caps. I don't know the exact average temperatures for given latitude bands (for which I applaud your attention to detail), but I would surmise that Earth's tropical regions would have a year-round average of at least 20C; any less than 18C would by definition mean they were not tropical climates. If your equatorial regions are averaging out at 8C, you'll be lucky if the average surface temperature is above the freezing point of water.

You should also refresh your memory of the Koppen classifications and their criteria, because temperature is as critical as precipitation. All tropical climates, by definition, require an average monthly temperature of 18C (291K) or higher year-round, and your planet is nowhere close to that when the equator averages out at only 8C. As it stands, your planet is going to have a lot of the colder continental climates, mostly tundra beyond 30N/30S or so, with possibly some temperate climates near the equator.

Incidentally, if you want more tropical climates, you actually want a smaller axial tilt; a larger tilt produces larger seasonal extremes, which favors continental climates (and, to a lesser degree, temperate climates) over tropical and tundra climates. If you're looking for just rainforest biomes, temperate rainforests are a possibility in coastal regions, which would allow you to retain the high axial tilt. Temperate climates are where the coldest month averages between 0 and 18C, and the warmest month is above 10C; continental climates have the coldest month below 0C, so this is where you'll get most of your snowfall.

Maybe I am a little late on this but I have to disagree with the others.

Having vegetation is definitely possible given the conditions mentioned.

La Paz in Bolivia, has an average temperature of 8.8. The region has been settled for hundreds of years and that would not have been the case if vegetation was unable to grow there. Trees and crops can grow but trees are smaller since they are close to the tree line. You can explore the street by yourself with Google Map if you want a better idea.

Another city with a tundra climate would be Ushuaia. Although far from the tropic, there is an extensive forest cover not far from the city.

If oceanic climate: The land would be covered in misty forests and woodlands not unlike this 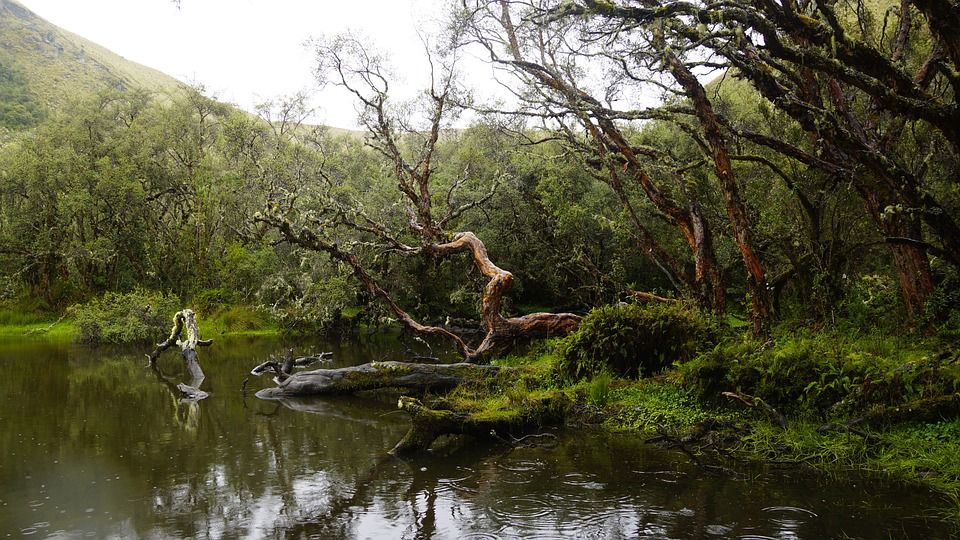 If subtropical monsoon climate: Usually woodland, with some places being more dry than others. This climate is basically a cooler version of the tropical savanna climate (which by the way, isn't always a savanna. Its usually only a savanna if its a transition zone between an arid region, or if there are elephants that knock down adult trees/eat baby trees) Think the Sierra Madre Occidental pine-oak forests, or Upper Gangetic Plains moist deciduous forests.

2
What rough climate and/or biome classifications would I assign to a planet with 31.1 degrees axial tilt?

12
What effect could drop the freezing temperature of water globally to −40 Celsius?
17
Would a planet with very small temperature variation (between 17 and 21 degrees Celsius) be possible?
24
What could kill all vegetation in an area and then stop it from growing back?
15
What sort of geological features or weather patterns would create a region with the same temperature year-round?
2
What temperatures could I expect to find on a world with a 9 year day?
0
corrected projections: Is this world map realistic? I tried to use plate tectonics to inform my mountain and island chain placements
2
What rough climate and/or biome classifications would I assign to a planet with 31.1 degrees axial tilt?
9
What average global temperature would optimize Earth for human habitability?
1
What Could Create the Remaining Two Types of Single-Biome Planets?