Continuing in the theme of bringing creatures from video games into the Anatomically Correct series is the Chocobo of Final Fantasy lore. 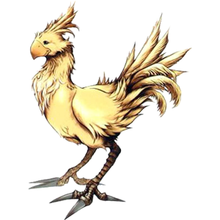 Put simply, a Chocobo is a large bird. It is unclear whether they're a single species or a genus, as there are quite a few types. Based on the available data, though, it is clear that Chocobos:

Note: Because Final Fantasy is a RPG, Chocobos are stated in source works to have magic, be synergists, etc. Answers may either explain this or completely ignore it at the answerer's discretion.

You're basically talking about beefier ostrich or perhaps a giant moa, terror bird, or elephant bird.

As is an ostrich meets all your criteria with the exception of being herbivores, and the ability to carry armored knights. They are omnivorous instead of herbivorous. While humans can ride ostrich the added weight of full armor would probably be too much for them to carry. It's highly likely that any flightless bird larger than an ostrich would be able to carry an armored knight as is.

So what needs to be done for a Chocobo to evolve? You basically had one with the moa, and a little bit of selective breeding will get you a larger ostrich.

Interestingly enough since the moa became extinct so recently that there are still preserved soft tissue samples available to researchers. There are researchers in Japan currently working on extracting DNA from these samples. There is a slim but non-zero chance that the species may be revived sometime in the near future.

There are such things as ostrich cart races. Pulling a cart/wagon would be limited by the bird's size/strength.

If you ever watched the original Swiss Family Robinson, one of the castaways uses an ostridge as his racing horse. Again, size/strength needs to be adjusted to allow it to carry an armored knight.

So, a chocobo could easily be an evolved ostridge.

Final Fantasy VII Chocobos are (almost) always found with other monster, graze in specific spot, and are scared easily. (source: me, I've played the game a lot)

Most likely, its friends are evolved due to the source of magic for that world, Mako. That could imply that the Chocobos are also evolved due to Mako.

Since an ostrich is a bird, I image that its feathers can be any color that any other bird has. You would have to selectively breed the various colors. Just make sure you have enough Kola Nuts.

They are already used for various purpose like cart racing

I'm sure there are plenty of YouTube videos of an ostrich attacking a human.

Because they could have evolved due to Mako, chocobos should have various magic attacks for offense. Most likely, these will be wind-based stun attacks.

Your Chocobo is a giant Kakapo. Its face looks like a parrot. Heck the name is even a corruption of Kakapo! 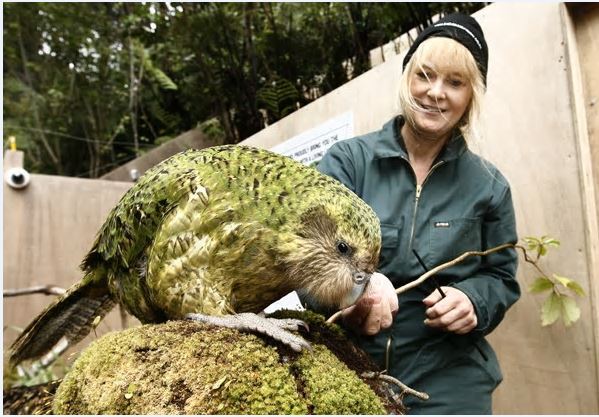 Kakapos are huge flightless parrots. They are the most awesome bird there is. They can't fly but they jump and run. And climb! They are super friendly and funny but mess with the chicks and they will take a finger off you just like that. Because of their parrot heritage they are smart and social.

Your Chocobos are all that, but big like an elephant bird. As regards the plumage, their owners like to put Dippitydo on the head feathers to make them stand up. The Chocobos think that is cool too.

After some research, I find that your Chocobo is a Gastornis 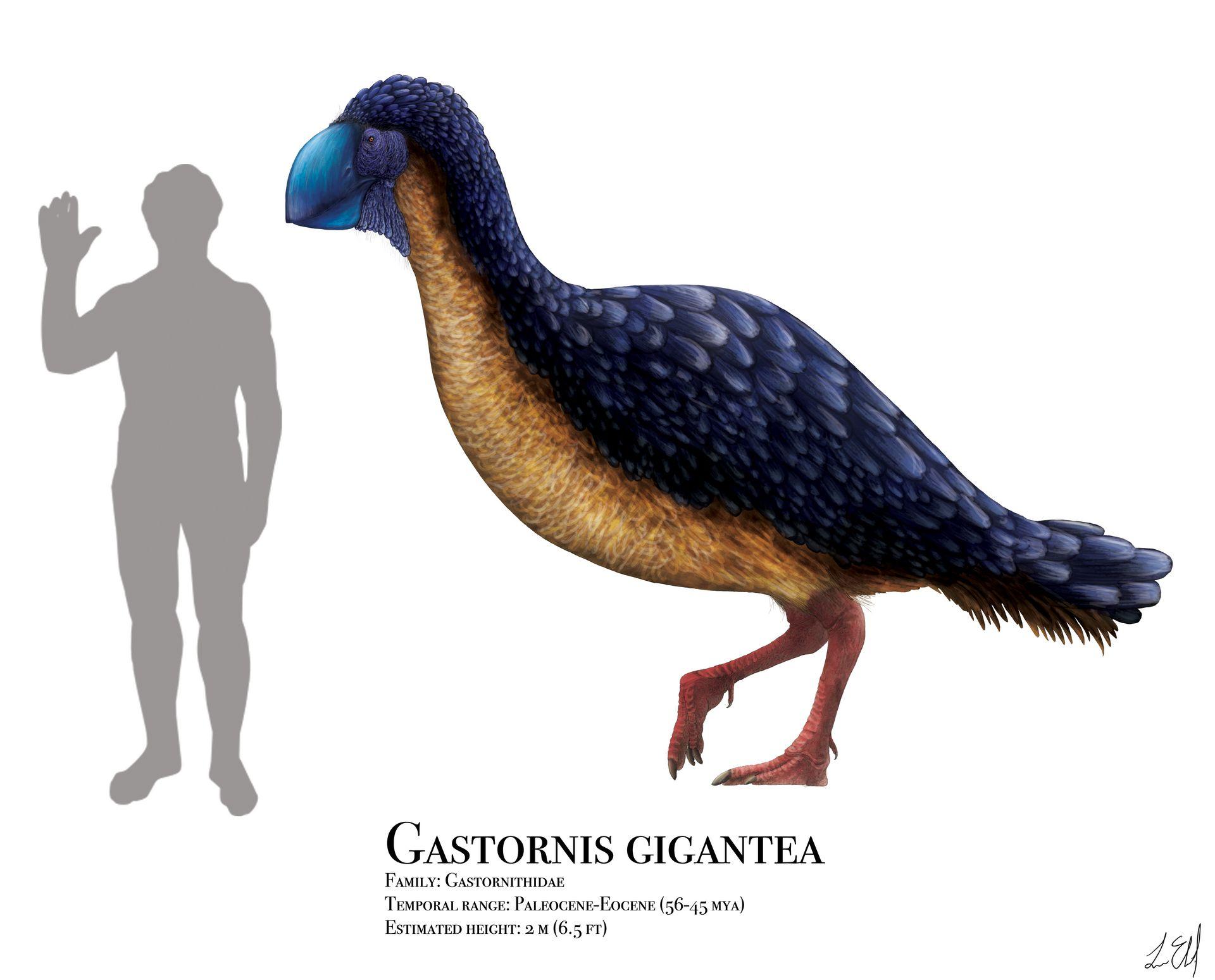 Gastornis fits in most of your criteria:

While Gastornis was thought to be a fearful predator just like the phorusrhacid terror birds, it's now believed to be a peaceful herbivore (see this site:https://www.nationalgeographic.com/science/phenomena/2014/02/27/giant-prehistoric-bird-crushed-seeds-not-little-horses/). It ate seeds and fruits rather than leaves, but since you didn't expecify and I didn't found any mention to the Chocobo's diet, I think that's OK.

Now that's a bit of a stretch. Maybe initially they could only carry an adult person, and later were bred to be stronger and stronger, like wild horses to draft horses. They could also be bred to pull carts and to run in races, just like horses (actually, the Chocobo is like a bird version of a horse)

While large birds are able to swim well, althought rarelly (ostriches can swim), flying is impossible for a bird with such a size, expecially when carrying a armoured knight in the back. Maybe your Chocobo has large wings for display and equilibrium, like an ostrich, but absolutely no flying.

All the other abilities are common for any big bird. Taking an ostrich or emu as a model, criteria like self-defense, color variety (vibrant colors for sexual display?) and habitat already appear naturally. It even looks like a Chocobo with it's big beak and large claws!

Gastornis lived between 56 and 45 million years, a period when the Earth's enviroment was still recovering for the Cretaceous Extiction, and mammals still weren't fully stabilished as the dominant animal form, with birds and reptiles occupying vacant niches left by the dinosaurs. It occupied the large herbivore niche, while the large predators were terror birds and land crocs. As the mammals evolved, however, Gastornis and it's family lost the niche for animals like horses and deer, becoming extinct in the process. Your Chocobo, however, maybe is a evolved Gastornis or similar bird with highter intelligence, making it able to surpass it's pea-sized-brain cousins and at least coexist with the evolving herbivore mammals, occupying a horse-like niche by living in grasslands and forests, and increasing it's speed and abilities, without losing the caracteristic appearence. Later on, humans discover this smart and docile bird and domesticate it, including the animal in their cultural practices and making it fit in various functions.

Hope that this helped! :)

5
What are some ideal scouting forms for a shapeshifter?