How can humans be brought back to life? [closed]

In my story a scientist figures out the way to bring his dead family back to life, either through creating new beings that look like them or by reanimation. The story is set in a sort of Victorian era so technology is limited. I'm trying to figure out how to make it sound a little less magical and more scientific, and also having his whole process figured out. I have also been trying to find as many examples in literature as possible just for the sake of gathering ideas.

So basically, would it be more plausible for a Victorian era scientist to create clones of his dead family members and say that he had brought them back to life in this way, or would reanimation make more sense? Even creating new life in a god-like manner has come to mind, though I'm not sure how to pull that off unless he utilizes alchemy of some kind. Does anyone know of a way this has been pulled off in past literature?

Take the séance one step further. Trap the spirit and keep it. 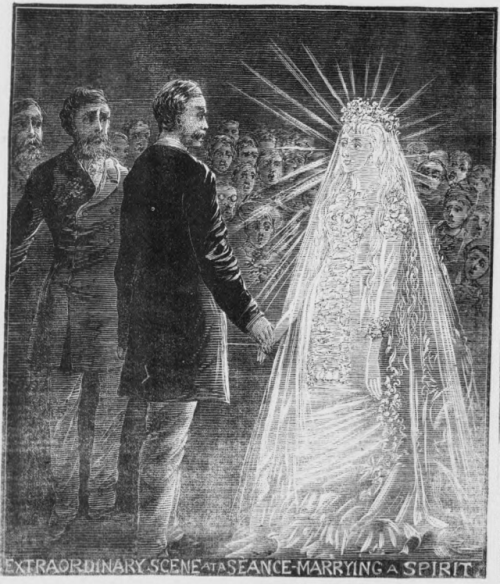 You can read up on all the different things they did to communicate with the dead and get good period details there.

Your scientist takes it one step further. If the dead can be compelled to arrive in some form, and communicate, that form can be trapped and then transferred to a suitable vessel which will contain it. One by one he calls his family members back and then keeps them from returning to the far side.
Initially they are in special jars he has constructed. But he wants to do better, and transfers the contents of these jars to mannikin-like sculptures he has made for them.

But can he do even better than that?

And is he certain - exactly what is it that he has called back that speaks to him in the voice of his daughter?

Not the answer you're looking for? Browse other questions tagged victorian-era or ask your own question.

4
How much to charge for fictional substances in Victorian England setting?
28
How well could a dog pick out the scent of a single person in a pool of carnage?
6
How might a purely mechanical 'voice' function?
7
How would a “zombie fungus” work on humans?
2
How Would Victorian-Era Firearms Fare Against Dinosaurs?