What would be needed for the entire planet to have a polar climate?

I have wanted to write a story before about people on an arctic planet and other animals, particularly reptiles metamorphosing into polar bear people who hibernate through the winter.

But is it possible for a planet in the habitable zone to have a polar climate throughout the planet and all the time? If so, what would be required? Are there any gases that would cool the atmosphere, thus giving a reverse greenhouse effect? Would it have to rotate faster to make winds stronger and thus a colder wind chill?

Winds are produced by differences in air pressure, which would be related to temperature, not to how fast the planet spins. I'm not sure how lower temperatures would affect that.

Basically, look at Earth, then stretch the polar areas towards the equator. In the depth of Antarctica, nothing lives - too cold. On the shore near the ocean, you have penguins. They live on earth, but they hunt in the water. In turn, they are also hunted in the water - there's a whole ecosystem there, with algae, krill, whales and more. All underwater, where it's warmer (marginally) and water remains liquid. In the arctic area, it's much the same - polar bears live on the ice, but hunt in the water, where you also find algae, fish, whales etc. The tundra is much more lively - plants, birds, insects, mammals - but only in summer. Once it gets too cold, everything either goes into hibernation or migrates south.

The actual Earth suffered from one or more global ice ages during the period known as "Snowball Earth". Early in the Earth's history, the Sun was much less energetic and delivered less warmth. With a luminosity as low as 30% of todays, sudden changes in climate, such as the "great oxygenation" would result in massive positive feedback loops, including runaway glaciation as the ice reflected ever more radiation into space. The Earth's equator may have resembled modern Antarctica at the height of the glaciation. 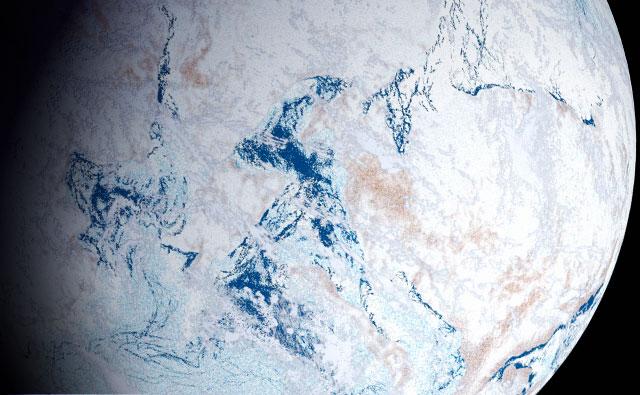 So in general you would need to have less solar energy reaching the planet to begin with (smaller, dimmer star or being farther from the sun), and a sudden drop in either the ability of the atmosphere to hold radiation (such as the great oxygenation) or a runaway feedback loop caused when there is the natural onset of an ice age due to a Milankovitch cycle. Either way could lead to a period of tens of thousands to millions of years of intense cold.

The downside of Snowball Earth is the frigid conditions are very hostile to life, and during the historical period, life seems to have retreated to extremophile bacteria, algae and other very primitive life which can survive with minimal energy inputs. Polar bears or penguins are not going to survive for long in this environment. 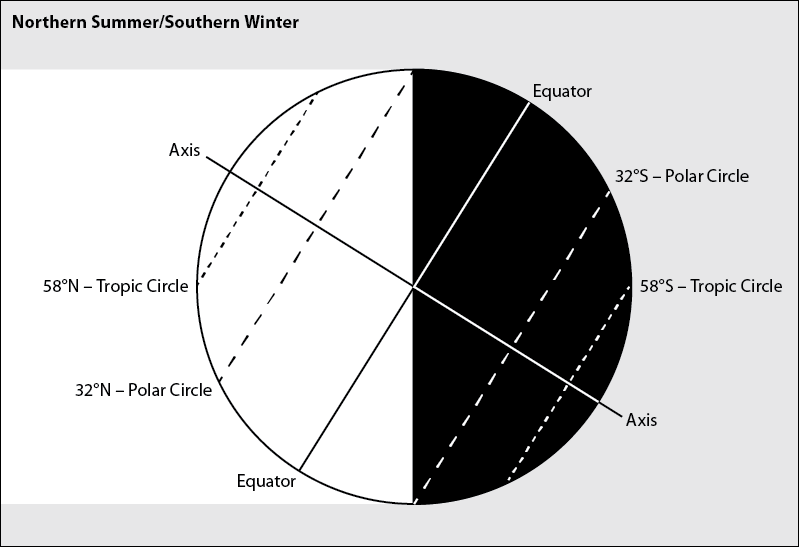 Each pole takes turns pointed toward and away from the sun for about half the year, as on Earth, but because the tilt here is more than twice that of Earth the winter freeze actually extends to and beyond the equator, to the summer half of the planet (depending on geography – on Earth Arctic sea ice can reach as far south as 45°N and Antarctic sea ice as far north as 20°S).

This planet is also farther from its sun than Earth so it receives less energy, has a thinner atmosphere, which retains less heat and produces less of a greenhouse effect, and may also have a shorter year and day than Earth. By combining some of these variations it's likely snow and sea ice dominate the landscape for most of the year for most of the equatorial region, and it's entirely possible winter snow and ice could be found year-round.

Note: This assumes a planet with significant land in the area of the poles. Climate at high obliquity (PDF) concludes (in section 6. Conclusion and Appendix A) that an ocean world with axial tilt of 54°-90° would largely remain above freezing thanks to the thermal transport properties of the oceans:

Our simulations employ a configuration without any land. Although it reproduces (at 23.5° obliquity) the main features of present day climate, it is plausible that particular continental configurations would have a first order impact on the climate, for example in cases where large areas of land are removed from all oceanic influences (e.g. a large polar continent). In such cases, only the atmospheric heat transport could modulate the extreme seasonal fluctuations, possibly resulting in temperature excursions beyond the habitability range.

For a cold-adapted species the most habitable area of this would would be roughly 32°N–32°S, extending poleward in the winter and as local geography (such as elevation) allows.

is it possible for a planet in the habitable zone to have a polar climate throughout the planet and all the time? If so, what would be required?

A serious reduction in the amount of greenhouse gases.

If the temperature goes up from an increase in CO2, then it will go down from a decrease in CO2. Decrease it enough and the winters will get longer and more severe. The extra snow will reflect more energy back into space, and so the planet won't warm up as much. This will lead to a vicious cycle leading to very cold temperatures.

It wouldn't be very habitable, though... 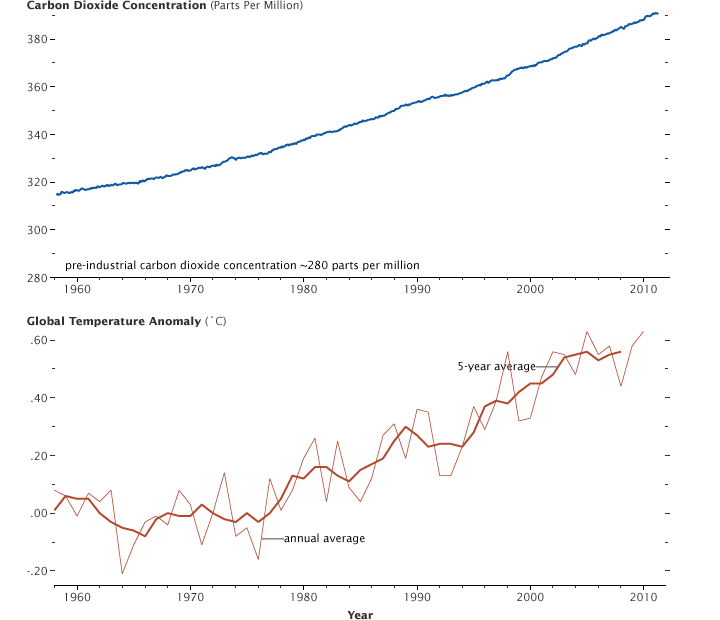 Not the answer you're looking for? Browse other questions tagged planets climate weather or ask your own question.

7
What is the climate of a mountain range at the border of the polar front?
6
What would the climate be like on an earth-like planet with only one convection cell per hemisphere?
5
Antarctic Climate on Greenhouse Earth
5
What effect would a heat absorbing place have on climate?
4
Worldbuilding & Climate: How does the sun affect a simple sphere with atmosphere?
2
What kind of climate would a planet with a 49-day orbit have?
2
What's the climate consequences of a planet with these characteristics?
1
Plausible reasons for a whole planet to have a temperate oceanic climate?
3
Is this fictional habitable exoplanet of Alpha Centauri A realistic?