Given an apparent solar brightness of <30% Sol from Earth, how differently would plants evolve?

Though my star is 1.71 LSol, my planet orbits at about 2.14 AU. Following a back-of-the-envelope equation for apparent brightness, this gives the surface of my planet approximately 30% of Sol's light energy. It would actually be substantially less; my planet is extremely geologically and volcanically active, so I would expect a high concentration of reflective volcanic particulates to be a semi-permanent fixture in the upper atmosphere. It also has a high obliquity of 31.1 degrees, and 93% of its surface is ocean; as such, hurricanes are very common and very powerful. My atmosphere is quite thick and rich in carbon dioxide: 16% CO2 in a 134.76 kPa atmosphere.

How would plants evolve differently to more efficiently capture the light energy coming to the surface, yet survive the constant hurricanes (or at least reproduce quickly enough that the hurricanes would be a non-issue)? My working theory is that the plants could only survive with a much more balanced and diverse range of photosynthetic pigments; and/or plants would barely survive at all, and the flora of my world would mostly be made up of oceanic blue-green algae.

Keep in mind that increasing the surface area of the leaves would only work in very specific regions of my planet's land masses; these plants also need to worry about conserving temperature (a BOTE calculation puts my planet's average temperature around 10-15 degrees C) and water (the only areas sheltered enough from the constant hurricane and also warm enough to sustain large-leafed plant life are high-altitude deserts on my planet).

Here's what I have so far:

So I was thinking mostly coniferous needle-leafed plants with a blue-green photosynthetic pigment balance like phycobilin and chlorophyll in most "temperate" climates, and/or a carotinid-based plant phylum that evolved separately in an isolated region to the northwest. (Since 93% of its surface is ocean, and since it's so geologically active, my planet has plausible continents that have separate evolutionary timelines.)

Please let me know if you think I'm on the right track; I am NOT a biologist or botanist by any stretch of the imagination!

I have been informed that my concerns about temperature regulation are largely unfounded, which is a good reminder that I need to thoroughly check my assumptions about what exactly would be different from Earth. Here is a very helpful reply I got from u/Cruzzfish on the r/worldbuilding subreddit!

"They really wouldn't be that different at all. Many plants already require lower than 30% of the sun's full brightness if they don't want to sunburn. Even full sun plants don't have too much of an issue operating at <10% of the sun's brightness for extremely extended periods of time.

Notable differences would be.

Less brightly colored ones since no need of sun protective pigments.

"...Seaside goldenrod is decently salt tolerant but I don't know how it reacts to floods. Generally there are a lot of seaside ____ plants that would be good to look for."

"They would evolve just like plants on the Gulf Coast/Caribbean; they drop small leaves freely but regrow them quickly.

About 2 years after Katrina I went to Bay St. Louis, the place it actually came ashore. Along the beach was a brand new road recently rebuilt. To the left the remains of a boardwalk and sand. To the right beautiful park land for about 6 blocks with huge live oak trees. The live oaks looked a little funny. Took a few days to figure it out. The trees had limbs bigger than my torso and twigs with leaves. Nothing in between. Every thing smaller had been ripped off by the hurricane.

Oh and the park land wasn't parkland. It had been full of houses and now the only thing left was foundations. Everything else had been carried off by the 25' storm surge. Storm surge the 200 year old oaks (but no smaller ones) withstood."

Perhaps think in terms of shade tolerant plants. These tend to be low and broad leaved.

I'd avoid pine needles. The leaves should be broad - this is the 'kitchen' of the plant where the food is made. Broader leaves capture more sunlight. Pine needles evolved with plenty of sunlight and are optimized I believe to retain water (not a concern for you. )

I'd add in extra photosystems. Chloroplasts typically have two, and from these they energize electrons from water to an energy state high enough to fix CO2. You are asking about a low - light environment, and so you could add in another photosystem (or other device) to help funnel more photons to your electrons to energize them.

Another cool idea is to have the chloroplasts be more mobile so that they migrate within the leaves to the area with the most light. Cool video here. And, the leaves can be mobile too, orienting to light with phototaxy.

As far as the hurricane - this has been asked elsewhere on the site. You can use the advice you received on Reddit and also think in terms of advantages - Seed dispersal is enhanced by the winds and water, so your plants may evolve to have buoyant seed pods that split when waterlogged. 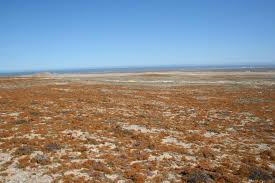 Lichens are the "plants" which make do in the place other plants can't. The driest, coldest, darkest, harshest places. Lichen lays low so storms are less problematic. I suspect the varied pigments are actually protective, not photosynthetic - but when you have such little biomass and your energy requirements are low you can take your time gathering energy.

/Are there any changes you can think of, or any special parameters that would make a dense forest cover in at least one area of my world plausible/

Wollemia was only known through fossil records until the Australian species Wollemia nobilis was discovered in 1994 in a temperate rainforest wilderness area of the Wollemi National Park in New South Wales, in a remote series of narrow, steep-sided sandstone gorges 150 km north-west of Sydney.

My understanding is that this microhabitat ascted as a refuge for the Wollemia - they did not get burned up by fires or outcompeted by other trees. So to your world - maybe it used to be a nicer place, or the trees were brought by aliens and managed to hang on in this one spot - protected from weather by steep cliffs and maybe at altitude - more sun and less clouds.

I think you have a far more difficult issue at hand. The lack of luminosity may plunge your planet into a permanent ice age, and plants may be the last things to worry about.

It is thought that once the Earth and planets had stabilized after the late heavy bombardment period, Earth was in the grip of a permanent ice age sometimes known as "Snowball Earth" 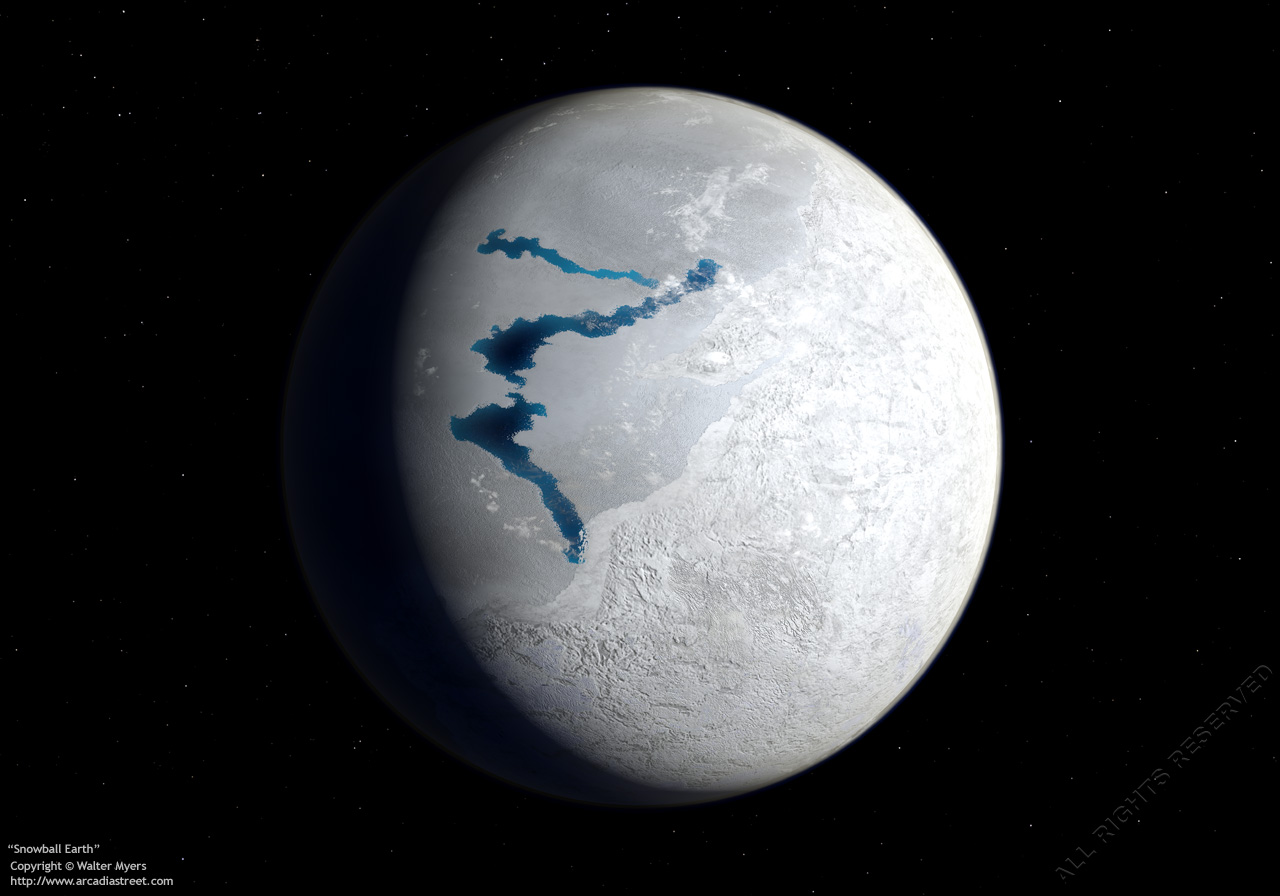 The Sun had only about 30% of today's luminosity, so very little solar energy was striking the Earth and keeping it warm. Water froze into massive glaciers covering most of the planet, with a few warm spots around volcanic vents providing clear water and open ocean. The only life lily to thrive under those conditions would be extremophile bacteria surrounding the vents, and some bacteria or algae capable of living in the open water where some sunlight filtered through.

Life on Snowball Earth was extremely limited, and clinging to some pretty narrow niches for hundreds of millions to billions of years. It is thought the end of Snowball Earth was a series of volcanic eruptions which released enough carbon dioxide to cause a spike in temperatures (in ancient rock formations, there are rocks and boulders randomly dropped into sediments. The interpretation is these rocks were deposited when glaciers melted. 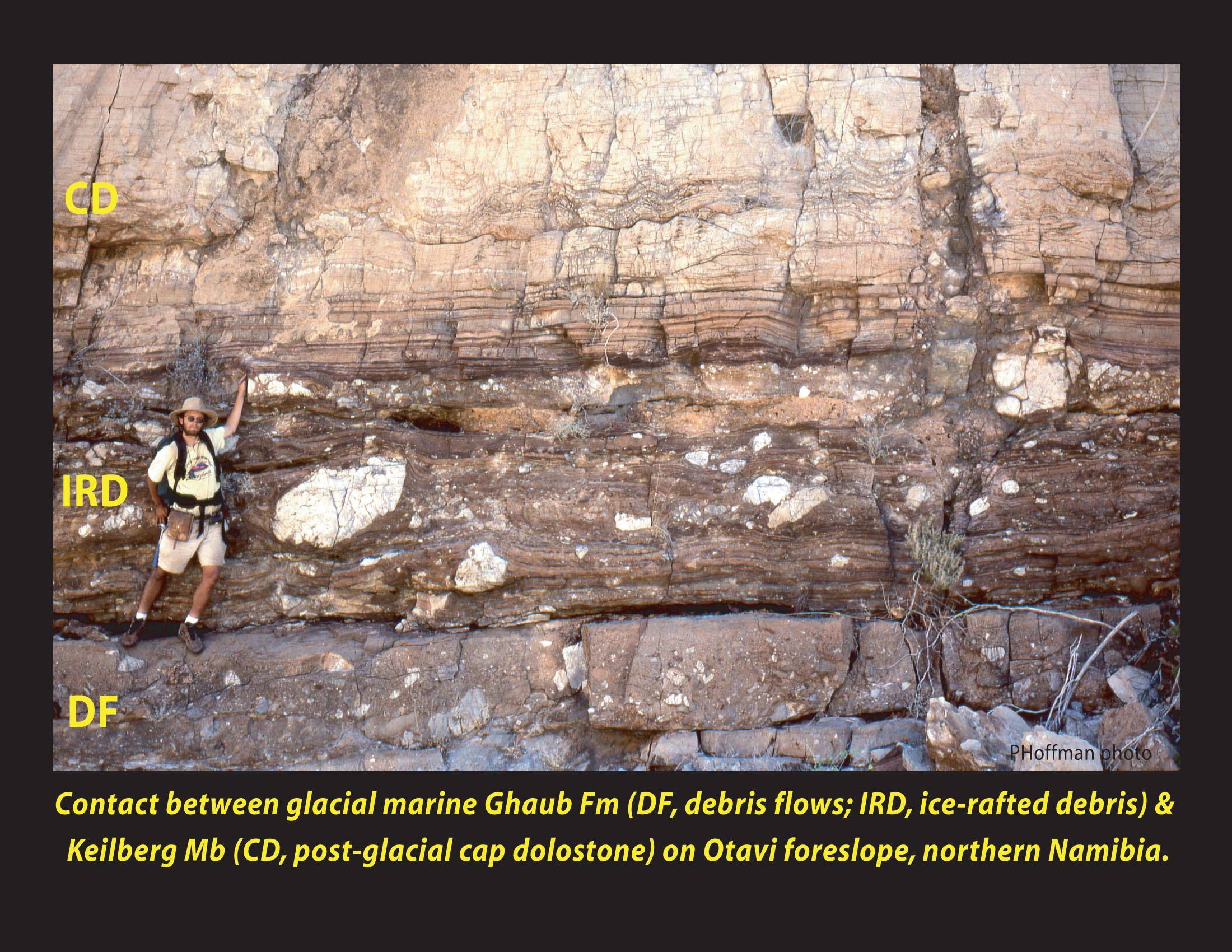 So unless you ramp up the luminosity of your sun, your planet will be a very marginal and unpleasant place to live.

Not the answer you're looking for? Browse other questions tagged science-based biology xenobiology photosynthesis or ask your own question.

4
What is a plausible way to fuel highly active volcanism and seismic activity on my planet?

6
What types of lifeforms might this cold world have?
4
Preparing human colonists for a desert planet with a red giant
11
Would Floating Islands Dampen Waves on a Water World?
9
How would a plant adapted to living at -23 degrees Celsius keep ice from clogging its stomata?
8
Photosynthesis analog, plausible?
2
At what altitudes would clouds form to produce rain on this world and with what general severity?
6
Potential adaptions / features for life adapted to the level of atmospheric pressure given?
1
Nocturnal or Diurnal?