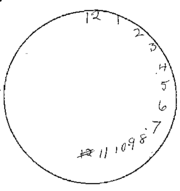 I'm no scientist, so take this with a grain of salt.

Possibly a creature can vibrate its molecules fast enough that light bends of it?

Sort of like the displacer beast from Dungeons and Dragons (look it up).

Not the answer you're looking for? Browse other questions tagged creature-design mythical-creatures .

6
How feasible is a naturally armored creature in a desert environment?
60
Why is this creature afraid of water but not of body or plant fluids?
18
Anatomically Correct Boar Troll
5
A predator with pseudo-invisibility, partially achieved by airborne chemicals
15
Could an organism see in infrared light as well as normal light, using its brain to process what it sees into a single image?
10
Creating a scientifically semi-valid super-soldier, part 8: Communication
2
Anatomically correct Kryptonian, part 1
5
Can the dunkleosteus jaw model work on a land predator?
6
How much can I expand human color perception by adding new photoreceptors?