What sport would "work" if both players/teams are trying and lose? [closed]

It can be argued that for the majority of sports each team is trying to come out victorious. "Victorious" is usually considered as coming out on top, wining. If each team was trying to "Lose" what sport would still look like a sport?

Example of this: Baseball might turn in to a game where the pitcher would be trying to hit the batter, resulting in a walk. The batter in turn would try and avoid the ball while swinging the bat hoping for a strike. This game would fall apart at some point with people not walking from base to base.

What I'm actually looking for: The over all goal is the come up with an obnoxious sport.

Although not a sport, it is always fun to watch people trying to crash into each other. In this case, the first one out wins.

However, they must all start with a brand new car.

The added bonus is that car manufacturers get to brag about not being the loser/winner.

In turn, car manufacturers will boost the survivability and redundancy of their products.

Win and Lose are too binary, trying to lose is simply winning an alternate objective; What you really need is a third objective or a third party judging to make following the expected rules of gameplay and losing the desired choice.

Imagine a life or death baseball tournament; the losing team is out (but not dead), the winning team keeps playing, and any team judged to not have tried hard enough (most errors as judged by the umpires) is put to death. This make every team want to play well as defined by the rules; they really don't want errors, but also gives them an incentive to not win, as it gets them out of the horrible life or death game situation.

I can't not say anything about this sport, but it may not be what you had in mind. Your question reminded me of the ancient Mesoamerican sport which is referred to as Ulama. I first heard about it when I toured Chichen Itzá in the Yucatan peninsula. Basically, it's a mixture of futbol (soccer) and basketball - but it's hard to even label it as such as there isn't any close comparisons. The winner has to get a ball through a stone ring, but can't use the hands (elbows perhaps?).

The relevancy of this sport to this question, is that the winners get decapitated. Of course, one would assume that the players would wish to lose, but in the context of old times it was considered a great honor to be sacrificed .

Here's a link for a further reading. 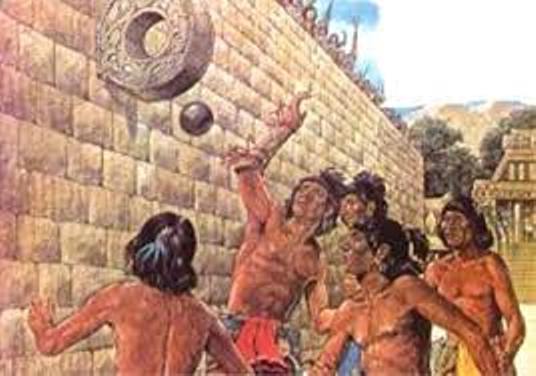 In the checkers example above where you're trying to lose pieces... the winner is the one that loses the most pieces. So they're not really trying to lose they are trying to win. (great example, cannot remember the name of that but I have heard of that variant)

I feel like I'm missing something in your question.
Either only one side intends to lose, or both are trying to win (even if by losing pieces). They can't both be trying to lose unless you're writing a comedy, or both teams are trying to 'throw' a game because of betting.

Similar skills and understanding are required for doing well. Adding minimum safe speeds as a design consideration of courses would keep things moving. You ARE going down the hill, last one to the bottom who can still stand gets the prize.

Sumo, wrestling or other grappling would work almost the same, you would start touching (to avoid a simple foot race out of the ring) and endeavor to control the other person's body. Most martial arts already teach getting away from a fight is a win and some professional fighters seem to prefer fighting from their backs which would be losing in wrestling.

Striking sports could maybe work by diving with the head or body to touch the other person's hands or feet, but that sounds risky.

Similar to the sledding if the course is inherently difficult or dangerous to stay on staying longer is an interesting feat. Simply count a fall as finishing.

This is a adaptation of American football that is quite obviously ridiculous. I know it doesn't necessarily answer your question but it's the best I could think of. Also it's really just a ridiculous way to win.

If one of the teams achieve their objective the other loses (example: the "a"'s get the ball to the goal but a fifty yard changeover happened.at one point so the "b"'s get the point.). When one team gets a point the ball switches hands. Whoever gets 3-5 points win (for more complications) and if both the teams are in that range the highest wins.

The fine art of messing things up and blaming it on the other guy, the winning side is whichever is most obnoxious, incompetent and corrupt.

corrupted athletes (let's say tennis players) both try to lose on purpose one particular match. The one that makes it look like he tried his best not to lose, somehow wins by losing, but he lost the tournament. The opponent lost by not losing.

If one gets caught cheating, no matter if he wins or loses, he's lost for the rest of his career.

Not the answer you're looking for? Browse other questions tagged sports .

12
What sports could safely and easily be played in space?
18
Volume-efficient team sports for a narrow environment
34
Designing fictional non-competitive games
18
Are competitive sports an effective way to change my Spartiates' life perspective?