Horses are not perfect for war but they are still very good when trained.

How to make a horse better for the following conditions?

I know this is slightly opinion-based, but I believe the answers for it to be more effective under these parameters, which can be scientifically answered.

The food requirements are not a consideration in this question.

When it comes to a cavalry charge (in medieval eras), the ability to break a line of infantry has more to do with the weight of a horse being thrown at the weight of a man than anything else. So it would reason that a larger horse (taller and heavier) would be able to charge through a line easier.

A horse has a relatively small head and tends to leave it's neck and chest open to attack while at full gallop. A shorter neck and larger head would provide more cover for it's weak spots. In addition, strengthening the neck and skull so that it coud conceivably headbutt would increase it's effectiveness while charging.

A horse doesn't add much advantage after a charge outside of its rider now attacking from the height of a horse. A weapon (such as horns) would allow the horse to have some manner of offensive abilities after the charge was completed.

A horses skin is relatively thin for a creature of its size and doesn't offer much protection vs attacks. Large size creatures tend to be easier targets for ranged weapons (arrows) as well. Giving the horse a thicker hide that could potentially resist arrow fire (piercing) would dramatically increase its ability to stay on the field (especially vs an opponent such as the mongols that would simply shoot and kill the horse and ignore the knight on it).

Fearless. Somewhat like humans, horses are naturally scared creatures (herbivore evolution) and are inclined to run in the presence of danger or unknown (camels, elephants, even snakes will spook a horse). Fortunately horses, like humans, can overcome these instincts through discipline... but a mount that lacks this 'run' attribute would be better as a war mount.

I'm starting to describe a buffalo, though it should be noted that a horses speed and mobility is one of its greatest attributes... many of these changes listed here sacrifice these two attrributes for greater strength and size. Everything is a trade off, these changes would suit a European knight decently well, but would be extremely counter intuitive to a mongol warrior that valued the speed and mobility traits.

I imagine something akin to a rhinoceros would be the best war steed. Small enough to easily mount and control (unlike a gigantic elephant). The entire body, head, and neck have evolved for powerful charges, perfect for breaking an enemy line. They can actually run faster than horses, have thicker hides, and can probably carry more. A medieval knight could adorn the rhino's head and horn with armor and spikes to make it even more deadly in a charge. They're probably tough to tame, but I imagine if they were domesticated over many generations, they would be fine.

If you really really want to have a mount, use elephants instead of horses. Sure, you don't just find elephants anywhere, but an armored elephant is much more dangerous than a horse. Your riders will mostly have one job; to direct the elephant, as you'd likely have to blind the elephant to stop it from being scared. The armor should protect its limbs as it charges, and a flailing armored elephant trunk is no small threat.

If you're asking for raw power, this is as good as it gets. It's slower than a horse by about half, but its significantly stronger and harder to kill, especially when you're limited to medieval technology.

If you don't actually care for having a rider and you just want animals in war, send in some grizzly bears.

Edmontonia , they are big enough to carry a person with no difficulty, heavily armored, the forward facing spikes means we know they liked charging, and since they are extinct you can make up how domesticatable they are. Plus as dinosaurs they will need a lot less water than a horse. 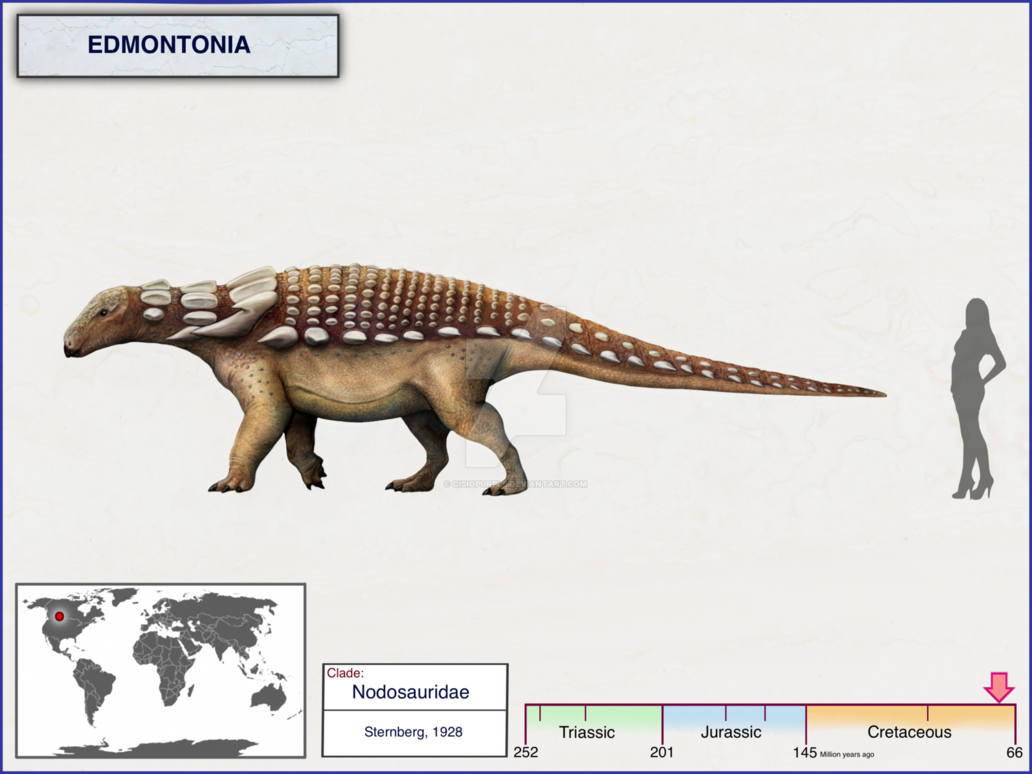 or go with an ankylosaur, bigger better armor, and while they would not be as prone not charging they can defend your flanks fairly well since they basically have a giant mace attached to their tail, so getting surrounded would be far less of a problem. biggest downside is sitting on it is going to be tricky, they are very wide animals.

Alternatively Paraceratheriidae gives a wide range of heights of what is basically what you would get if you crossed a horse with a rhino. 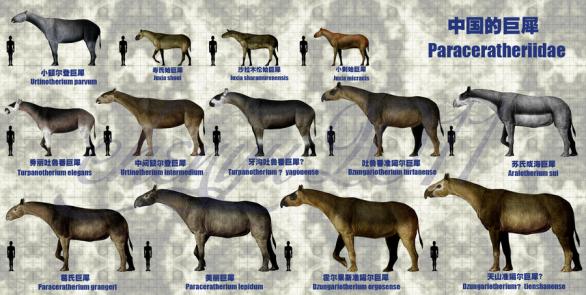 If you are willing to go entirely fictional just make a very large horse like thing with ankylosaurus armor.

In order to have a stronger charge and be more resilient to damage my first thoughts are that your mount should be larger with a shorter, thicker neck. I would suggest some sort of bull or ox to fit those criteria as it is already designed with a thicker skull to make it viable for it to charge in self defense and the bulkier more muscled body offers more protection to penetrative attacks.

Of course one of the reasons bulls aren't used for mounts is that they don't have the same endurance as horses and can't maintain charging speed for more than short bursts. If you want to have a faster mount capable of maintaining higher speeds over long term you would want something with longer legs.

I believe that a camel is described as a horse designed by a committee. Which is intended as an insult. But camels are superior to horses in many ways. So camels or more camel-like horses would be a good bet for improved war horses.

Making your war horses more elephant-like, or replacing them with elephants, may also be a good idea.

War elephants have been used for thousand of years. Their use in the Mediterranean during Hellenistic times was a minor sideshow to their use in South Asia. And I have been able to think of a number of different uses for war elephants that might have made them more effective than in real life.

It should be noted that there were different uses for horses in war.

For example, heavy cavalry needed bigger and stronger horses to carry the weight of their riders, their riders's armor, and the horses's own armor, and carry that weight at a gallop.

I can easily imagine that reinforcing heavy cavalry with some camels and some elephants might make them more formidable.

And a lot of horses, and related animals like mules, were used for other purposes in war. Pulling travois or wheeled vehicles with supplies, for example, or sometimes carrying supplies on packs on their backs, or pulling artillery. As late as World War II when many armies were largely mechanized, there were still millions of horses used for military transportation.

And of course camels and elephants are also useful for military transportation. Some elephants were used for military purposes in World War II, including one that loaded heavy barrels of fuel onto airplanes.

“If I had asked people what they wanted, they would have said faster horses.” ― Henry Ford

This is a "think outside of the box answer."

Leonardo da Vinci already designed a tank. So it's entirely plausible. And because you didn't specifically said it had to be an animal that replaced your mount I gave this as answer.

Getting "better" horses which are like more durable, tougher then normal horses just leads to power creep.

The real problem with the question is "perfect" is rather situational. A Knight in the Middle Ages would actually have several horses, depending on what he was doing, and each one was "perfect" for the task, being bred for it.

Knights would ride Destriers, Rounceys, and Coursers, depending on their role on the battlefield and their personal financial situation (Destriers were larger and more expensive than the others). Even within the various classes of war horses, a Knight or Man at Arms may choose to ride a different class of horse depending on the expected role in battle. Rounceys, based on surviving literature seem to have been fast horses which may have been used for scouting or pursuit tasks, while Destriers were very large and aggressive horses used for shock battle encounters. 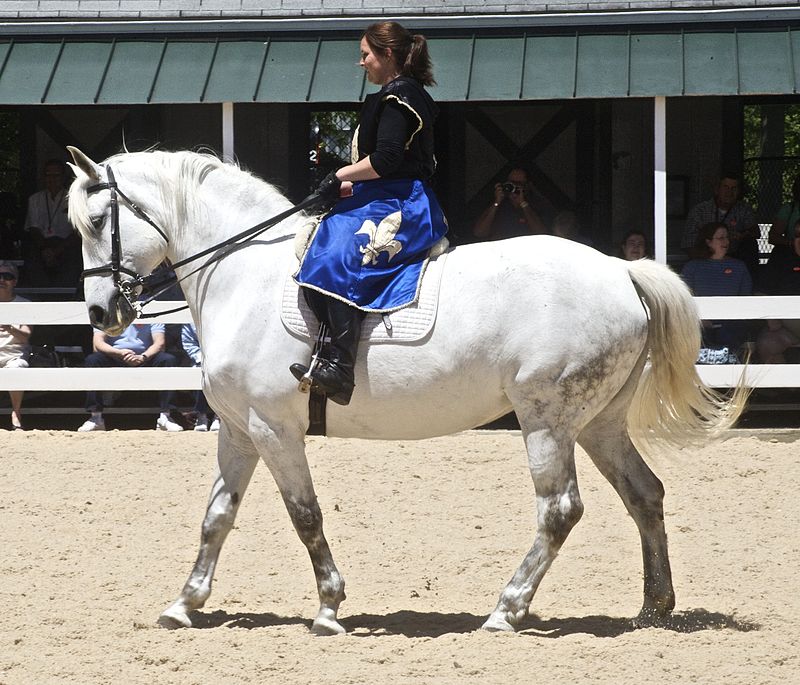 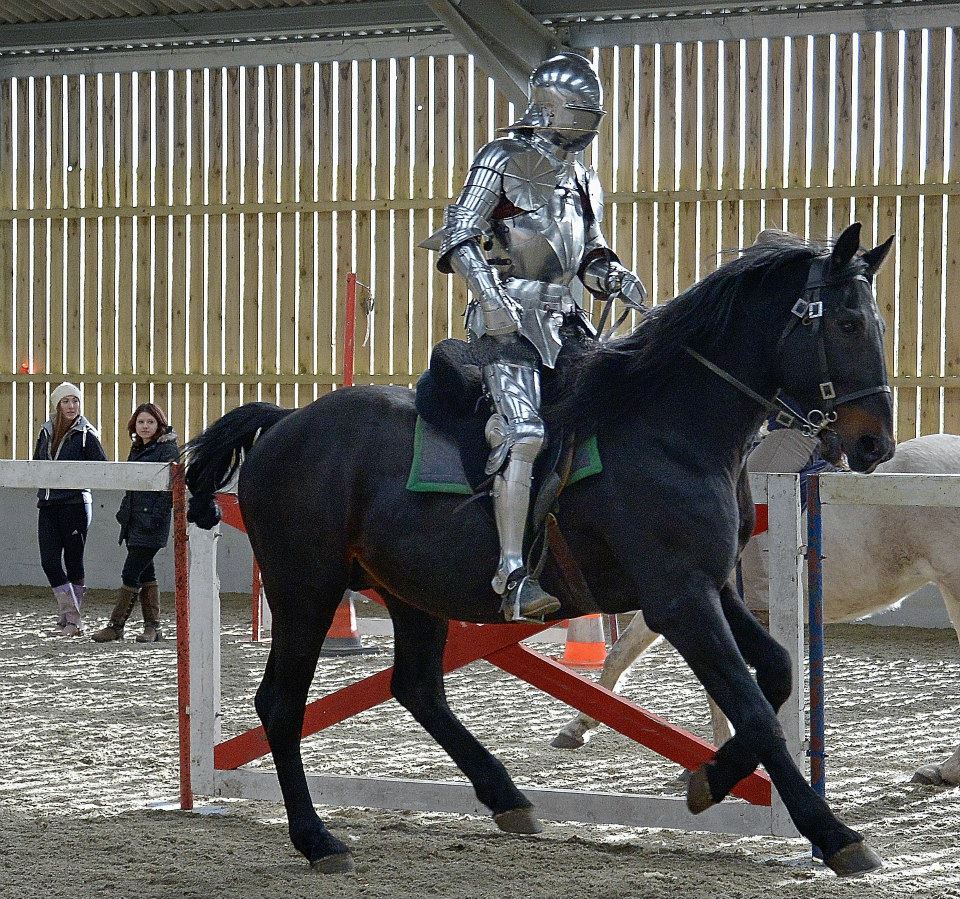 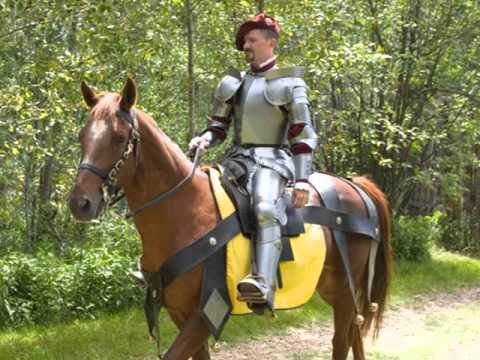 When not actually riding into battle, the Knight and most of his train of servants, squires etc. would be on a riding horse like a "Palfrey", due to the more good natured temperament and smooth gait, while various pack horses carried the equipment, food and bedding.

Without a clear understanding of what is different in your world, it is difficult to say why giving a Knight a Rhinoceros, Ankylosaur or Terror Bird would provide an advantage over a bred warhorse. Clearly there could be a reason that a different creature would provide an advantage, but without knowing the reason, there is no way to argue for or against anything other than a horse. 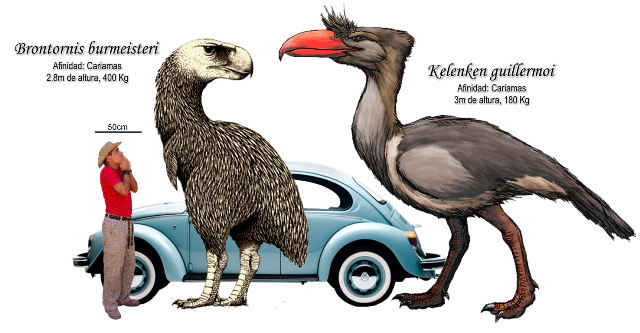 Big enough to ride, but you better have a good reason to do so

Not the answer you're looking for? Browse other questions tagged science-based medieval bio-mechanics mounts .

5
Impact on the sciences with helium instead of nitrogen
15
Forest rebels and the animal brigade
58
How would someone hide an asteroid in the void of space so only they could find it?
13
Would a giant Pogona (bearded dragon) be a good desert mount?
14
How large can surface gravity anomalies grow before the planet becomes uninhabitable?
11
Challenges for using a bull as a character's mount
26
Are dragons useless when there are guns?
8
How I Learned to Stop Worrying and Love the Limpet-Style Metal Superbones