A planet made of trash?

Consider a scenario where there is an over-populated solar system (not necessarily our solar system). Several other rocky planets and moons in this solar system are inhabited by the same humanoid race, and every planet's population is reaching its Malthusian limit. It's not too hard getting things into space (via a space elevator, or something like it). Travel between planets is also relatively easy, but travel outside of the system is not feasible. Attempts have been made, but nothing successful has come of it. Limits on reproduction are enforced, but population culling would be considered unethical and war is uncommon.

Besides over-crowding, every planet in this system has had a serious waste management problem. In order to combat this, for the past 50-ish Earth years, each planet has been shipping its garbage into space. Let's assume that this "cosmic dump" lies outside the effective reach of any nearby gravity well, and the trash itself isn't really moving through space at all.

Leaders and committees of the various planets have come up with an idea to deal with the rubbish that is filling up space and perhaps help relieve the population crisis.

The idea is this: take all the garbage that is floating around space and bring it to a massive asteroid. Using the asteroid as a core, they'll dump all the garbage onto the surface, making it somewhat larger.

For some rough Fermi estimations, let's assume we have:

I'm guessing gravity would be pretty low on trash planet. Feel free to play with the numbers a bit to make it larger, if necessary. Also, please don't focus on the holes in my scenario - it can change...my main question is, could trash planet support a population? What if we added nuclear waste, let's say 1 billion kg of it? How would that change habitability? If trash planet is habitable, would the population it could support even really help reduce the strain on the other planets?

Could the trashteroid support life?

Your trash planet (Well, not really a planet, since it isn't big enough to clear its orbit. We'll call it a trashteroid.) is as habitable as Ceres is. Covering Ceres in trash still leaves it as a lifeless, atmosphereless lumpy asteroid being baked by solar radiation. Ceres would be, as it is now, completely inhospitable to life. Solar and cosmic radiation would quickly bake all of the trash you dumped there into sterility, while it was simultaneously frozen and dehydrated by the icy vaccum of space.

You would not want to go there for summer vacation.

Unless, of course, you had a space station built there.

Life on the trashteroid (in a space station)

You could, of course, life there in a space station. Life on a space station on Ceres could be enjoyable, in a sense. You'd effectively be living in space, but with a tiny amount of gravity to hold you down to the floor. Ceres has a gravitational pull of $0.27 m/s^2$, which is about 1/40th that of earth.

You couldn't really enjoy jumping around in that gravitational constant all that much, since you'd be stuck inside all day, and your space station wouldn't be likely to have high ceilings. You could, of course, go outside in a space suit, but why would you want to? Everything outside is covered in trash.

How much trash would you need to make an inhabitable planet?

Let's assume that our trash is gassy enough to form an atmosphere in which a Mars-sized planet could be inhabited. Mars is about 1000 times as massive as Ceres. Ceres is about 100,000 times as massive as the trash we've already dumped there, so we'll just need to dump around 100,000,000 times as much trash to have a reasonably sized planet. (Let's assume we're using worm holes to dump the trash of every planet in the Milky Way on Ceres.)

Our new planet, based on the composition of garbage, will have a ton of carbon, and as such will probably be able to support a large, healthy biome, once it cools off. Why does it need to cool off? Well, dumping that trash onto the planet is going to release lots of kinetic energy. The first few thousand loads will go on easily, since the gravity is so low, but the more garbage we dump, the higher the gravity will be, and the more energy the trash will release as it drops from space onto the surface of the planet. That energy will turn to heat, which will be further increased by the billions of kilograms of radioactive waste you're planning on dumping as well. They planet may well liquify, but it should cool down in a few million years into a nice habitable planet. (Provided you stop dumping garbage on it!)

Yes, that planet could support population. But population would need independent life support system, aquaponics, etc, exactly as if it was build in empty space. Trash will support only gravity and nothing else (maybe some radiation pollution to boot).

But it would be rather expensive way to build a planet: lifting all that trash up the gravity well will take lots of resources. Even with space lift, lifting trash up is easy but not free. Spending rocket fuel to direct all that trash flying in space to target asteroid is not free either. Recycling trash on the planet would be much more energy efficient, and better use of planet's limited resources.

And if you want to use resources and material, you can get more livable space by building more traditional orbital space colonies, where gravity is provided by rotation. You can settle more people for ton of material spent (but that material cannot be trash)

When a civilization reaches that point, recycling all those useful atoms would be much more likely than throwing them all away.

At this point I would also expect in order to get more living space that they would start making a ring around the planet or a Dyson swarm, this would also help in catching energy from the sun. A ring around the planet could have a huge living surface at a fraction of the wasted material churning away in the center of the planets. Rolling earth out like pizza dough to a thin couple hundred feet would give plenty of living space for a much larger number of citizens.

So while you could 'make' a planet with garbage, it would be as pleasant as building your house on a land fill and actually fairly wasteful.

Founded 22-feb 2103 by Sophia Musk. The urgency of global nuclear waste disposal created a market. Most countries could not afford a Tokamak and had to resort to nuclear fission plants, replacing fossil fuel and providing electricity. A stack of nuclear waste had grown in 80 years, the sixth generation of nuclear plants..

The sun is no option

Until then, governments had considered shooting waste into the Sun, but they were reluctant to use heavy space transports, for fear of responsability claims, when something would go wrong. So they had "stored" their nuclear waste in controlled facilities, on Earth. Expensive facilities.

Part of the problem was political. A solution for Uranium and Plutonium would also need to serve the wishes of fission-believers, who assumed that in due time, all nuclear waste could be recycled. So they wanted to keep it at hand, not waste it by shooting it into the Sun.

Musk filled the need, by providing a very safe launch procedure, and a huge load capacity. Their ships were launched off the Greenland south coast, filled up with high active nuclear waste. With Musk's method, there was no need to travel all the way to a Lagrange point, to push the waste into the Sun. The containers were released in a 3800 km equatorial orbit above the surface, stable.. they hoped

In 2134, after the third Civil war, without any means to prevent disaster, one of the containers came down, as a result of an unfortunate meteorite impact. In most cases, falling satellites end up in the ocean somewhere, not in newspaper headlines. But now, the container impacted the suburbs of Sydney. 400 square kilometers and 12 million inhabitants of Sydney had to be evacuated, permanently. A major economic crisis hit Australia.

Musk's company, which was destroyed now, spawned a few experts that were happily employed by NASA. They set out a plan to tug the remaining containers into a higher orbit. The new orbit was 120.000 km, about half way the Moon. The containers were moved to a single location and in the years, all kinds of additional waste was dropped on the assembly. Chemical waste, fracking waste from the past, mining waste, frozen CO2..

By the year 2409, the "new moon" had grown considerably in volume. Tugging it toward the sun would be a very expensive operation now. Earth had a useful second moon, visible from the surface. A Venus-lookalike celestial object between Earth and moon, weighing about 1.6x10e15 kg.. glistering in various colors.. because of the dust clouds surrounding it.. ever growing.. 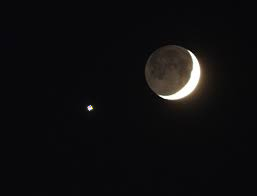 20
How would the sudden destruction of Earth affect other planets within the Solar System?
38
Can we build a world in 1,000 years?
20
How would other planets in a solar system be affected by the disappearance of one planet?
1
What's the smallest my planet mover can be?
8
Are there currents in space? Space flotsam?
18
How to decide if a Planet is better off to be Terraformed or Stripmined?
17
Where could we add a new planet to the inner solar system?