How does a small starting population affect diversity of a colony?

Scenario: A colony of 20,000 is founded, and has no access to any further inhabitants. Assuming this colony is humans of varying traits (genetics such as skin color, eye color, etc) with no single one significantly outnumbering any other, and ignoring any other genetic issues from the population size (Inbreeding, diseases, etc), and also assuming no segregation, will the population remain diverse, or will it quickly blend together?

Please note that my answer predates the OP's edits.

Skin color, hair color, eye color, eye shape, ear type, jaw line, height, build, and every other one of the hundreds if not thousands of marvelously variable attributes of the human condition only exist in terms of "ethnicity" and "diversity" because the proverb "birds of a feather flock together" was applied anciently when travel was difficult and religious and national boundaries were more easily defended than today, thereby causing a natural isolation that allowed "ethnicity" and "diversity" to flourish.

That isn't to say there isn't isolation today. There are still nations and religions trying to drive wedges between people, resulting in "ethnicity" and "diversity."

Let's join with John Lennon for a moment and assume a world where (quite magically) the "birds of a feather..." trap was completely done away with, nobody had any reason whatsoever to see any other human as anything other than absolutely beautiful and imminently valuable, and therefore all the variations started to mix together quite evenly, the question would be rhetorically moot: because there wouldn't be ethnicity or diversity in the eyes of the people.

If, on the other hand, what you're really asking is: if 20,000 people represented a fairly even representation of all the marvelous variations of the human genome... would they, given say several centuries, become physiologically homogenous or would the genetic variation still be reasonably represented?

I'm not a geneticisit, but I suspect you would see some "smoothing out" of the variations, but they would also pop up regularly. In the long run, I suspect humanity would likely retain its humanity given the large starting population you suggest.

Your real problem is convincing your reader that the utopia you've created is believable. I remember a political cartoon from the late 1970s depicting the first two atoms created during the Big Bang... the one screaming "Hate the Jews!" and the other screaming "Hate the Arabs!" (the satirist poking fun at what appears to be a never-ending feud between those ethnicities/religions ... the Middle East was a big deal during the 70s). My point is, people can hold onto that "birds of a feather..." idea for a very, very, very long time.

The answer is unknown because there is no research into genetic causes for the human phenotypes we associate with ethnic traits.

Actual genetic research has been looking for the causes of disease not aesthetics. This short paper Genetic determinants of phenotypic diversity in humans explains the issues involved in researching genetics: "The first disease traits to be ascribed to particular genes were Mendelian traits, which are controlled by a single gene and follow well defined models of inheritance…. The next, and more difficult, stage was to determine genes associated with the far more common complex (multigene) diseases…."

TL;DR diseases that are caused by one gene are rare because it's easy for the phenotype (the appearance) of the disease to be recognized, and the population will naturally select (breed) against it. But most genetic diseases are not simple, they are a pokerhand of gene combinations that we are only beginning to map, and an estimated 70% of these complex diseases also have environmental triggers that can turn them on and off. It may be decades before we have enough genetic data to understand multi-gene diseases, and these are life-and-death medical conditions getting priority funding (cancer, heart disease, diabetes, etc). While it's likely that some ethnic phenotype gene combinations will be discovered, that is not the goal of any serious gene research – and there are plenty of articles debunking the claims of home gene test kits that claim to tell your ethnicity or likelihood of disease. In cases where a genetic marker is known, the extra risk of developing the disease is usually within a few percentage points – in some cases the evidence is so vague that an increase of risk cannot be calculated. A complete map of what triggers each and every ethnic phenotype is a long way away, and will likely only be discovered though meta-studies that compare databases from many earlier research studies (a percentage of people who identified as African American statistically carry xyz gene groups in common, etc). Since almost all current gene data is from people of European descent, it will take even longer before we know what we need to know to answer our questions about ethnic diversity.

But it gets worse. Confirmation bias of the researchers has polluted genetic research from the start, and the notion that biodiversity is actually a good thing is unfortunately relatively new. The first century of gene theory reflected 19th Century ideas of "race entitlement" and fascist theories of dominance and submission, ethnic "superiority", and genetic determinism. It was accepted that evolution selects what is "best" and kills off traits that are "weak" – and no coincidence the theorists managed to conclude their own ethnic traits meant they were more evolved, while coincidentally other ethnicities were less evolved. Because researchers believed the philosophies of their age it influenced everything they observed, and even changed what they observed to fit the theory.

One myth I was taught in school that lingers today was when researchers tried to make eye color fit the emerging genetic theories. They decided there were 3 eye colors, blue, brown, and green – which was actually a kind of brown (um, what…?). They theorized there was a recessive allele for blue eyes, and everything else was the other color, not-blue. Blue-eyed parents always have blue-eyed children (which was what they were actually observing), except that's not true. This isn't how eye color works at all, and eyes aren't even "blue". Scientists actually denied that certain eye colors exist because it didn't fit the simple theory. Now imagine this scenario for each and every ethnic trait. Curly hair, nostril width, brow bone... Who decides which ethnic traits are "legitimate" to look for, and where are we looking? It's a hornets nest. I understand your scenario, but when you get specific about describing this it's all going to get ugly so don't go there. Imply a combination of traits or make your colonists like trendy cornchip flavors: Persian-Hawaiian, Bantu-Lakota, etc.

In reality, evolution is not a zero-sum game with clear winners and losers, and the environmental factors which help shape evolution are never constant. We now know environments can change drastically, even within a single lifetime. A new theory is emerging that biodiversity acts like a toolkit to respond to environmental changes, so here is your mandate for diversity in a space colony. Convince your colonists that biodiversity is the key to species survival, and you may be able to convince a generation that miscegenation is natural, healthy, and attractive. The fundamental goal of a colony is to survive, and you can land them with a crayola box of colors, but you need a philosophy that will get them through generations of plague, famine, war, mass suicide, and all the inevitable die-offs they will face. They may lose the technology to run a gene scan, but they can be taught to look for biodiversity in a mate. You could take that a step further and reinforce the beauty of biodiverse children, ergo mothers are discouraged from having children with similar-looking fathers. This assumes colonists are actually having children the old-fashioned way, beer and mood lighting, and not through family planning, lottery, or IncuBaby-9000™ – again, you have to plan for a worst-case scenario. If all technology fails, don't marry your brother.

Does this trigger the H&M Fashion Model Apocalypse? Mmmm mabey… 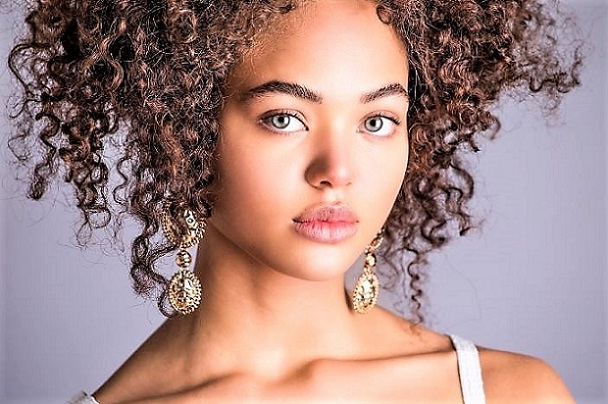 This is about Founder Effect or rather a lack of it. You've deliberately selected a genetically diverse group thus minimising effects of bottlenecking the population but there are inherent sensitivities in small populations Inbreeding is going to be an issue, so is Genetic Drift. Any additional bottleneck effects, either from lose of breeding stock or from a breeding dominance of certain lines is going to create major problems. To answer your "will the population remain diverse, or will it quickly blend together?" question "quickly" in this case is measured in centuries but without intentional segregation (whether externally imposed or internally chosen) you're going to see rapid Fixation of a blended, low diversity, genome across the population.

If I recall correctly, there was a bottleneck in anthropology. Once upon a time the human population shrunk to 1000 species, but obviously rebounded back. I think that about this number (up to an order of magnitude) is the limit for a naturally diverse species count. Drop below that and you get inbreeding.

Your colony is good, but quite close to the margin. So, taking care of having a diverse populace is important. But not to the point of keeping national (or other) identity. They are all spacefarers, right?

It is also not quite clear to me, how you aim to keep the identity of the parents for ermm... mixed children. I think that having a common culture would suffice for unity, but not without missing diversity. See USA, the melting pot.

Not the answer you're looking for? Browse other questions tagged biology humans or ask your own question.

137
What is the minimum human population necessary for a sustainable colony?

13
How would lack of sunlight affect a human population?
4
How long will it take to restore genetic diversity if it is reduced drastically in a human population?
4
Rabies is now waterborne. How does this affect agriculture?
8
What would be the most important consequence of decreasing sexual dimorphism in humans?
7
How long would it take for one hundred couples to have one million descendants?
18
How does my hero compare to an average guy of a small late classical village?
7
Alternative options to change sex-based characteristics in a non-modern world setting?
4
How would their children look?
6
Foraging behavior of a forest slime