What would happen if the earth was thrown into the interstellar medium? [closed]

So, for some reason the sun has randomly disappeared. The earth, along with the rest of the solar system, have been thrown out into interstellar space.

Obviously, temperatures will plunge to levels beyond "cold", but what will happen? For the sake of answering the question, we'll ignore the fact that all life forms have probably died or gone into stasis if they're lucky. What will happen to the atmosphere, the oceans, the planet's core? Essentially, I'd like to know what would happen to the earth if there was no energy coming in from the sun.

Also, the moon would still be in orbit around the earth if that changes anything.

The atmosphere will stay

It has become something of a running joke to see how many times I have posted this picture. 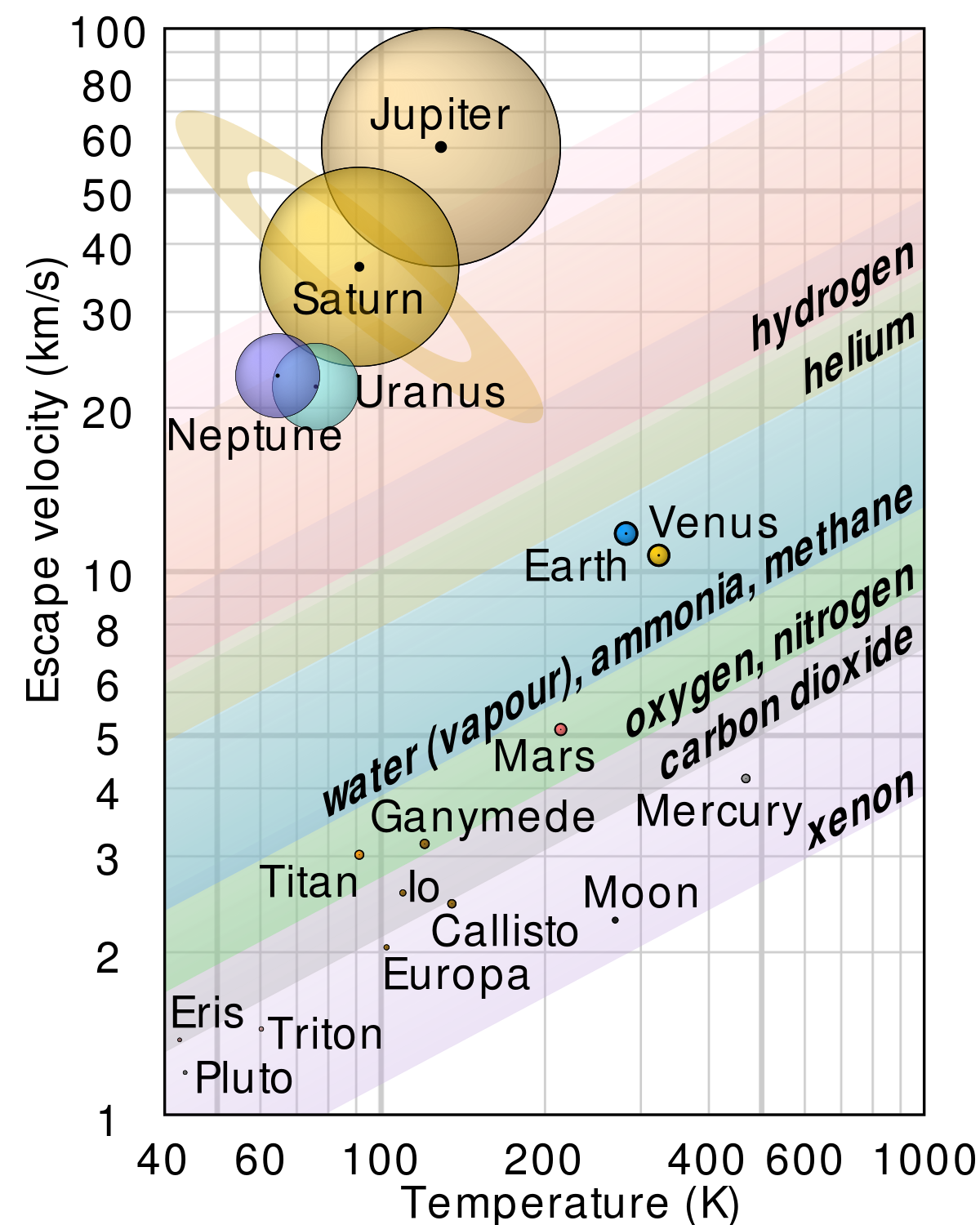 The mass of Earth will stay the same, so will its escape velocity. The temperature will drop, moving to the left on the chart. This will make the Earth's atmosphere easier to hold on to. In fact, the Earth will retain helium and even hydrogen too, after it gets cold enough.

The core will stay hot

It won't cool down that fast. The Earth's core has essentially been cooling down for the past 4 billion years, and still is pretty hot. Two laws govern here.

The loss of energy from the surface is dominated by the Stefan-Boltzman law for blackbody energy emission in the infrared range. The equation for this emission is $$j* = \epsilon\sigma T^4.$$ Here, $j*$ is radiant emittance, $\epsilon$ and $\sigma$ are constants, and $T$ is temperature. As temperature decreases, emittance decreases as the fourth power of $T$.

So basically, the crust will stop losing energy quickly as it cools, but heat loss from the core won't speed up much at all. So, the core will remain hot for billions more years. No promise of plate tectonics or a magnetosphere for any length of time, but both seem likely for many millions of years.

The oceans will freeze

I estimated in this post that in a little under a year the oceans would freeze over to a depth of tens if not hundreds of meters.

Once the top layer freezes and temperature drops, heat loss to space will be reduced significantly. The rest of the oceans store a lot of energy and will take decades to centuries to freeze solid.

Not the answer you're looking for? Browse other questions tagged climate earth geology rogue-planets or ask your own question.

47
Could humanity survive the sun going dark?
20
If only the sun's light went out, how long would it take for all living things to die out?
2
What would happen to the Earth if it were suddenly transported to a completely empty void?

3
What would happen to the moon if the Earth was captured by Jupiter?
1
Where could Humanity live on Earth had LA Apocalypse not been resolved?
7
What is the expected terrain for an arid highly eccentric Earth-like planet?
2
How would a gravity disruption affect the world when ground zero is Antarctica?
1
What would happen if the Earth was grey-gooed into paperclips?
5
If Theia had settled into a slower, near orbit to Earth, how would that effect climate activity?
2
Calendar-Worthy Events on a no-axial spin distant future Earth
5
TImeline of Rogue Earth