Suppose in a post-apocalypse world, when modern industrial society has effectively collapsed. Travel is mainly by foot or horse and tools, carriages and so on are fairly primitive and trade mostly local and small-scale. What kind of communications technology, if any, could be constructed or salvaged in those kind of circumstances by a more agricultural but not entirely mad max-level society (think 18th century town with quite a bit of modern knowledge, but few modern resources)?

For example, basic phone lines, radio and so on.

Radio is the answer. Phones require lines which can be cut and have to be maintained. Any two bit raider or bandit will cut phone lines.

A radio can be built from some very simple salvaged parts and easily powered. You can even buy basic hand powered units or build simple non powered crystal radios.

There is more than enough ham radio enthusiasts with the skill to build and maintain simple radio communication be it voice or even simple Morse code.

If you want 18th century technology, you can use a semaphore line. You need a company/government to build the towers, train and pay the operators. You don't need horses or metal that would be targeted by robbers, so the line should be less likely attacked than an isolated house. Lastly, you can have portable semaphores for your militia/police/army.

I was going with AM radios, then I checked the power requirements to cover longer distances and stepped back from the idea. AM radio transmitters are indeed relatively simple to make from salvaged electronics (provided one is lucky), and their signal can get quite far. The issue is that a transmitter may consume quite a lot of power, especially if one has to consider that the receiving contraptions may not be sophisticated either.

For the skeptics: Low-Power AM (LPAM) broadcasting is quite regulated around the world. The FCC limits the reach to a few hundred meters and powers of 0.1 Watts. I would not expect the range to surpass half kilometer. Now, a 9V battery is listed with a typical drain current of 15 mA, which would suggest an output of 0.1W. If the radio emitter had 100% efficiency, then we would be in the sweet spot of maximum broadcasting radius, in a radius of less than 1km around the current location, and running on consumables in a post-apocalyptic scenario. AM transmitters in the range of 50W may reach a few tens of kilometers, but it may be difficult to get an adequate generator and keep it running with just primitive tools.

Simpler, relatively quick, perhaps even reliable. Pigeons have been used as message carriers for a long time. Even at the end of civilisation there might be a few million pigeons around places that used to be major cities. Caged a few birds, it may be just a question of time to train the animal to return home. If the baddies wish to interrupt the communications, they may try and shoot the birds. With a thousand spares (from the milions available), it may take a while ;)

A small edit to clarify that, while one does not construct a homing pigeon, they still need training in order to perform their duty as a messenger. Also, I'm considering taking pigeons from ruins of cities as salvaging.

Society has collapsed, but maybe the relics of the preceding technological society are still there. Maybe there are satellites.

I can imagine these post-tech people putting together something to watch satellite movies. Communication, however, requires two ways. One could build a radio device and use a transponder satellite to retransmit messages. Phone lines that cannot be cut.

Cooler yet, though, would be the use of satellites for optical transmission. You would watch the satellite and read what it said. A satellite was launched to do exactly this. 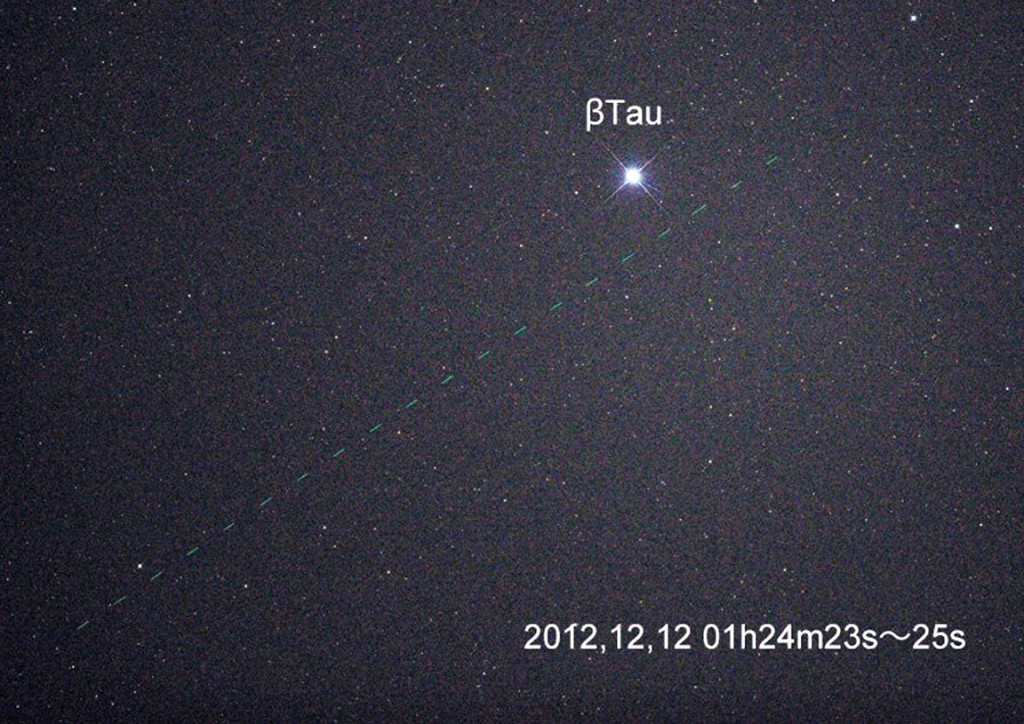 The bright flashes emitted by Japan's tiny FITSAT-1 satellite are visible from the ground.

An ultra-small Japanese satellite is being spotted from the ground, thanks to a set of lights that flash brightly in Morse code.

The novel cubesat, known as FITSAT-1, has been orbiting Earth since early October of last year. Though it tips the scales at less than 3 pounds (1.3 kilograms), FITSAT-1's powerful light-emitting diodes (LEDs) make it a compelling target for skywatchers.

"As long as the LEDs are active, then you will be able to see it using binoculars," veteran Canadian satellite watcher Kevin Fetter told SPACE.com

One site could have the transmitter (just radio) and send the message up to the satellite, which would then retransmit in Morse code. On my farm I may not have a satellite dish or electricity to power any sort of radio receiver. But I have a pair of binoculars and I can see the night sky. And I can read morse code.

This would be a scenario I have not seen before. I can imagine the farm at night with the dad watching the sky and calling the dits and dahs, the kids copying them down. The kids call out the messages they translate from the Morse, youngest first.

A cool thing: just because you see the Morse and you can translate it into characters does not mean your translation is the real message. There may be more work to do...

Hot air balloons receiving and transmitting morse code signals (visual to start with, and radio if you got that working). (everybody's pitching for morse code. How about 4-bit binary system with 4 lights being on or off?) There would be a network of hot air balloons tethered to ground stations remaining up in the sky, similar to how there's a network of cellphone towers today. During foggy times temporary balloons would be set up in the middle.

We'll know about latitude-longitude and how to compute them (I'll advise to convert addresses to pluscodes and morse it), so location-specific communication would be possible. For example, CMXR+X6 can send a message for CMBW+D1. If the range extends beyond one balloon's area, its operators would know exactly which other balloon they have to relay it to to get it across.

Of course, I envision a free market society running on local currencies or barter to pull this off, so the messaging will cost money/resources. But that won't be a detriment IMHO. And a network of balloons co-operating with each other will produce a win-win enough to have all sides voluntarily collaborating without needing some emperor to slaughter people into obedience (hopefully).

There would be an archival work being done too : the balloon operators would log received messages for their area and once a day or so send the archive down their tether, similarly carry up the tether messages to be transmitted. (Heck they can do it during the down-time if you can't accept the tether's existence) So the ground stations can act like post offices, and the local population need not always stay on the lookout for dots and dashes and they can instead use their time to do organic gardening.

In addition, neighbouring balloons might devise a helium-balloon-buoyed line connecting them and they can transport packages across if light enough.

Not the answer you're looking for? Browse other questions tagged technology post-apocalypse communication or ask your own question.