Can this type of winged humanoid possibly work? See diagrams

So, I don't believe that the "angelic" type winged human can exist (y'know, the kind with the feathery wings sprouting from the back). Too many problems of anatomy, weight, etc. But I am trying to create something where the humanoid is winged, but with a more plausible anatomy.

Added to which: I'm creating a microgravity habitat where humanoids have developed wings to fly there (I don't know the exact amount of microgravity as compared to the gravity of Earth but very low), with air composition and density to match Earths atmosphere.

Here's a drawing of what I imagine (better art work forthcoming): 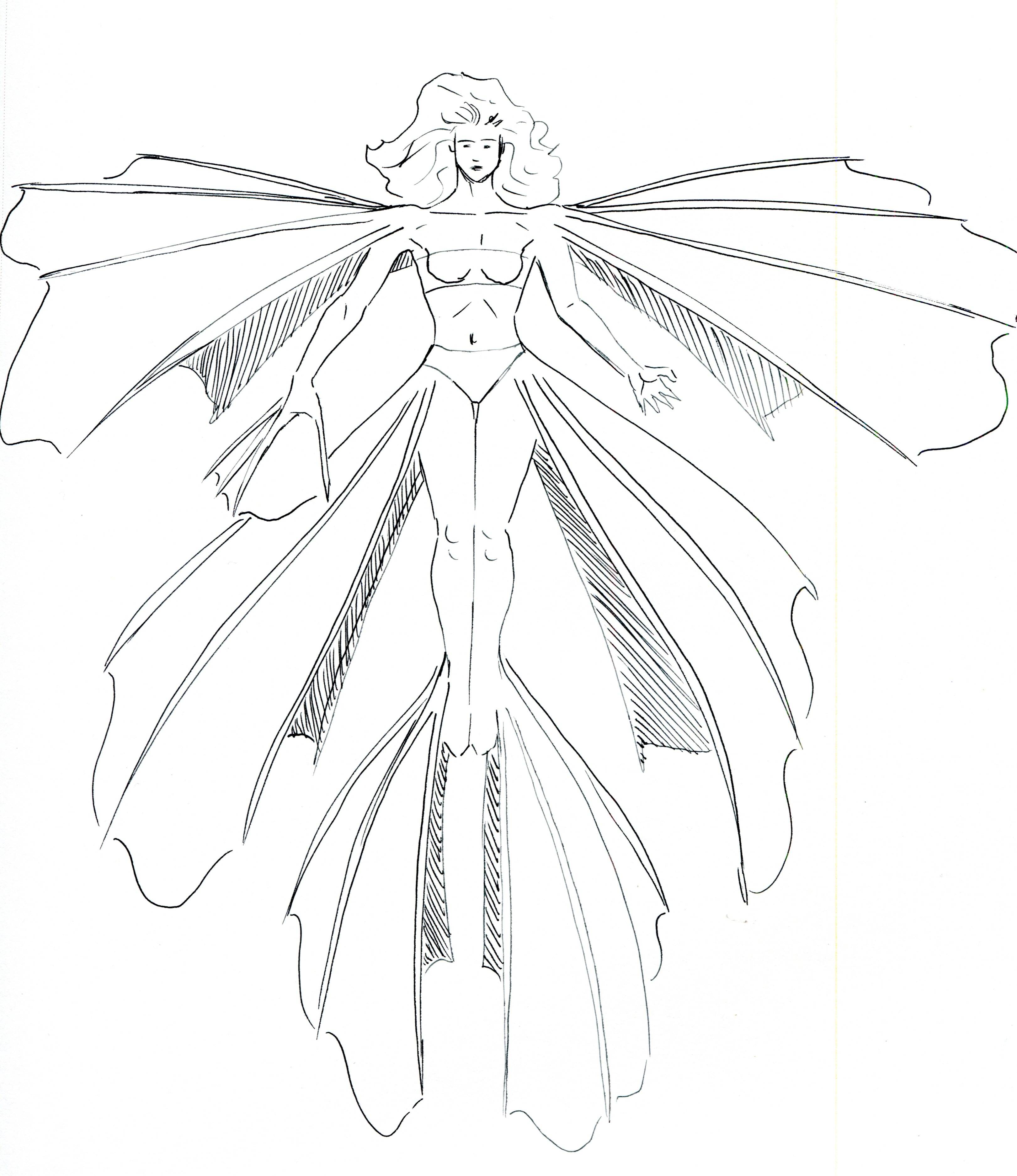 The wings are not feathery, but more fleshy with cartilaginous joints like those seen in these x-rays of animals.

The base of a cats tail: 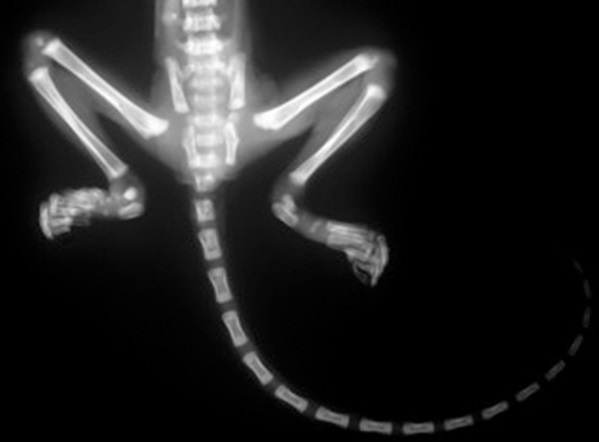 That being the case, maybe the wings could even do what the tail of this animal is doing: 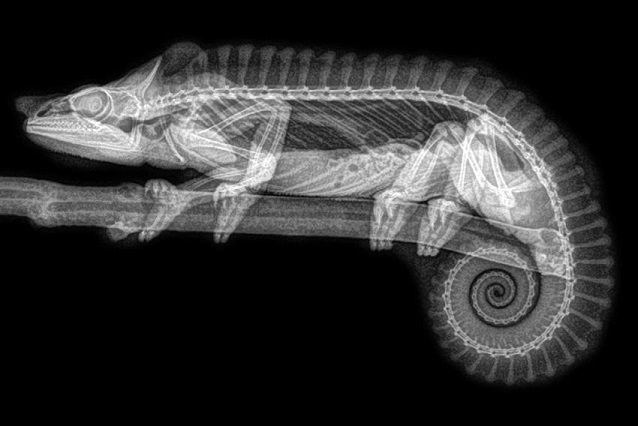 So the appendages/"wings" are connected to the body the same way that a cats tail is connected to a cat or that lizard, can move about in many different ways, and can flap to propel the humanoid through the air of this microgravity environment.

Say we hand wave the possibility of how these humanoids developed this way (extra love if you tackle that), do you think this anatomy could work to give them flight in this environment?

p.s. In the drawing I made one hand webbed, and the other not, to ask if it would make difference either way, though I've kind've decided against it myself.

p.s.s. I also took some inspiration from this (in terms of the wings): 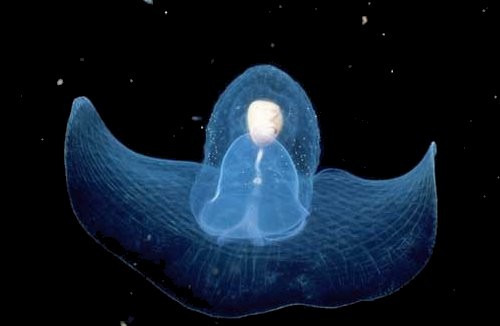 I would keep the hands without webbing. Otherwise your humanoid will have issues working with tools (etc). I like the choice of adding lots of extra limbs.

On the whole I'd say this is one of the more sane winged humanoid designs:

That said, I'd be concerned about:

On the whole, I'd say this is a pretty sane design, as well as a rather pretty picture. Also, I'd call them "sails" rather than "wings" but that's just personal preference.

Not the answer you're looking for? Browse other questions tagged reality-check biology xenobiology microgravity .

19
Anatomically Correct: 4-legged sapient creatures (“centaurs” etc.)
9
The Four-Winged Angel
1
Can this mind control work?
7
Would subways/trains be adapted to be practical for various fantasy species or would something else be invented?
9
Developing a scientifically accurate species of dragon-like humanoids
7
Giant bug noises
3
How make look feminine and masculine (non mammalian) animal humanoids?