What would the surface area and climate of a Solar System-sized artifical planet be? [closed]

For my Science-Fantasy WIP I am using a Dyson-sphere like mega-structure as the setting. For seemingly infinite space without the headache, presented by the logistics of a space faring civilization. This particular mega-structure should perhaps be called a giga-structure since it has the diameter of the Solar System.

The surface of this giga-structure has an environment suitable for humans and other life with similar tolerances. The inaccessible interior house the eldritch mechanisms that sustain the world and drive its geological processes.

What is the surface area in miles of this world?

This particular mega-structure should perhaps be called a giga-structure since it is the size of the Solar System. 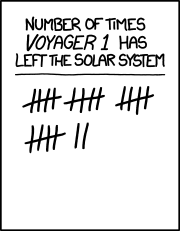 There are a bunch of different definitions, all of which are incredibly different.

What is the distance from the equator to the arctic circle?

Again, you need to specify the radius. But any structure much larger than a typical Dyson Sphere would be really unstable.

How does the planet's sizes effect its weather and over all climate? Also there few lands masses relative to the size of the world's oceans.

I can't answer this. The concept of a giant Dyson Sphere is so unrealistic that this race has to have enough tricks up its sleeve to make whatever climate(s) it wants.

First, the Solar system is not a set size. I'm going to use the furthest point in the orbit of Pluto as the radius of the solar system for my answer. Basically, your planet would be able to hold the Sun, all the planets, and Pluto completely within itself if it were hollow.

The Arctic Circle exists because the Arctic exists. The Arctic exists because of the Sun and the Earth's tilt on its axis. The Wikipedia article on the Arctic Circle says that it is the line north of which the sun is visible for 6 months at a time and then not visible for the next 6 months. Therefore, the location of your arctic circle, and even whether you have one, is based on how you will provide sunlight to your megaplanet.

It certainly effects how you are going to get sunlight to the whole thing! Sunlight is what powers the weather. When there is wind, it is because of uneven heating of the Earth's surface. This is what causes high and low pressure zones, and air goes from high pressure to low pressure. That air moving is wind. Sunlight also causes water to evaporate. Then it forms clouds and travels with the wind to wherever it rains.

The really big question you need to answer:

How are you going to provide sunlight?

Sunlight is necessary. People need sunlight (not just light). The weather depends on having plenty of sunlight, and plants need it. No sunlight means no food chain and no weather. (No weather also results in no plants). There are several ways around this:

Warning: Do not try this at home

because it will collapse. Into a black hole. Unless you have some Unobtanium lying around to build it with, the planet will collapse under its own weight. The Sun does not collapse because of the sheer amount of energy it creates that "balances" its own weight. I'm not even going to do the calculations because it is so unrealistic for this planet to hold itself up.

I am not a physicist, but maybe you could make the planet spin fast enough for centrifugal force to keep everything where it is. Might make people dizzy though.

You will have problems getting enough energy to plants, people, etc. if you go with option 1 or 3. This is because of the distance the Sun is away from your Dyson sphere/planet. Pluto is freezing cold because it is so far from the Sun. There is no atmosphere to get in the way of sunlight in space, but the rays of light are spreading out.

You might ask on the Math SE how to find the surface area, quarter-circumference, etc. of any sphere. (#1 and #2)

@Nick2253, why not live on the outside? Interesting story ideas. It could be a functioning Dyson Sphere in the sense of capturing all the energy, but the "inside" is all industrial and the "outside" (where you have a "down") is houses.

Based on your comments, you are not looking for a Dyson Sphere, but rather a massive artificial planet.

First off, the mass of such a planet would be astronomical. The gravity would be immense. All objects we know of even remotely approaching that size are gas giants or stars. This "planet" would be far more than capable of sustaining fusion, and would likely collapse into a black hole.

Even if you could somehow prevent the planet from collapsing, it would not have a habitable surface (if it even had a surface at all). Like Jupiter, the atmosphere would continuously transition from gas to liquid to solid thanks to the massive pressures.

Now, even if you got around all those issues, you still have the issue of energy. How are you going to provide sunlight to your world? Mount giant lamps in the sky? Assuming we are talking about a planet with a radius of Neptune's orbit, you would have to provide $6\times10^{28}\mbox{W}$ to provide equal energy as the sun provides to Earth. To put that in perspective, that is 200 times more energy than the total energy the sun puts out. You would have to capture 100% of 200 suns worth of energy, and then redirect that to the surface (just to provide similar ambient conditions, not to mention the extra energy to power your special machines).

Not the answer you're looking for? Browse other questions tagged science-based climate space-constructs dyson-spheres or ask your own question.

19
Dumbbell planet - how would humans cross the bridge?
6
Largest possible man-made planet-like body
19
How would a planet-sized computer power receive power?
3
What would the geology and climate of a supposed landmass near the pole be like, assuming a thoroughly warmer planet?
3
What would the climate on a planet with 85% or more of the surface area covered in water be like?
8
How would you calculate the habitable surface area on Gliese 667 Cc?
10
Ensuring Hadley Cells and Climate models on planet size
0
Planet-sized creatures floating in breathable system-wide atmosphere
8
What would the climate zones of Pangea be?
3
What would be the wingspan and lifting surface area for a 5kg canard-configuration squid glider?