Would this region have a desert?

I realized that mountains typically form deserts and lush areas via the rain shadow effect(in other words, most of the rain is on 1 side of the mountain forming a lush area and barely any rain gets to the other side, forming a desert).

So would the mountains in this region form a desert and thus not a good place for civilization(I mean, being underground mitigates the heat but still, the sand could be disastrous, especially for babies) or would the swampland that the Black Sword River leads to just 100 miles south be enough to not form a desert?

Area with mountains in question

Area 100 miles north of civilization with tributaries of the river 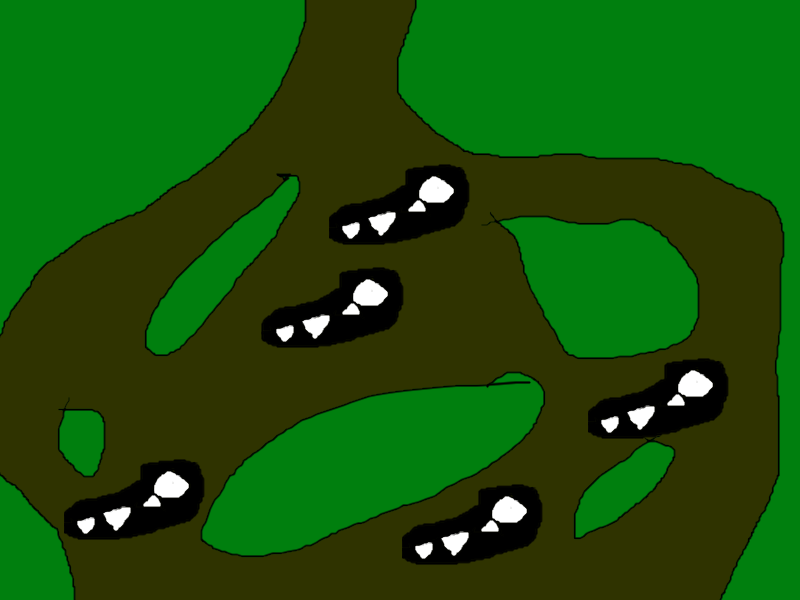 Area 100 miles south of civilization that is all swamp that the river leads to.

Rain depends, in general, on two things: which direction does the wind come from, and does that wind have rain in it.

Mountains work by removing rain from winds in a certain direction. If the winds generally move south to north, then places to the north of a mountain range are dry. This is the case with Uzbekistan in Central Asia, blocked by the mountains of Iran and Afghanistan from wet winds from the Indian Ocean. For a counter example, Nebraska in the US is in the middle of a continent, like Uzbekistan, and north of a tropical ocean (the Gulf of Mexico). But unlike Uzbekistan, there are no (significant) mountains between Nebraska and the Gulf of Mexico, so warm summer winds penetrate into the continent. Nebraska is a fertile prairie, while Uzbekistan is mostly a barren desert.

So the real question for you is, where do the winds come from, and are they wet?. That is up to you. Look at wind maps of Earth, and decide where on the planet your location is. Then you can copy the local wind patterns for the appropriate latitude and location on a continent. Once you have the wind patters, see if those winds come from an ocean, or across a mountain range. Winds off of warm oceans cause monsoonal rain; winds across mountain ranges carry little moisture; other winds are somewhere in the middle.

Desert != Unlivable... it just means it doesn't get rain.

Groundwater, runoff from the mountains, etc. can provide abundant water.

8
What is the climate of a mountain range at the border of the polar front?
7
Hamada this place! Plausibility of hamada desert features in a polar region
9
Rocky desert or Sand desert - Which would appear in this scenario?
15
How to prevent a desert from forming alongside a large mountain
1
How does trophy hunting helps in conservation of rare "Poop Bomber" dragon?
14
Reasons for a very small but very high mountain range in an area with no plate boundaries?
6
Could a Massive Freshwater Lake and River System Exist in a Desert Environment?
4
Would this fire-based magical catastrophe turn a forest region into a desert?
3
Deserts and Rainshadows near Equatorial Continent with North/South Mountains