What reason would give the most benefits to a Progenitor race for creating sub-races? [closed]

The question has been put On Hold while I develop another question in the Sandbox area of StackExchange. Didn't know about the Sandbox?

Check it out: StackExchange Sandbox for Questions

What reason would spark the most benefits a Progenitor race of beings would use genetic engineering to create multiple sub-races on various planets in a galaxy?

Environmental Adaptability is the most obvious answer, so I'm looking for other reasoning.

The Progenitors are ONLY using DNA from Pre-Historic Earth to mix with ... so environmental adaptability is already accounted for and Alien DNA/Other is avoided in this setting.

The Progenitors of most stories are either the first Species to advance technologically (Science Fiction) or the first Species created by the Gods, or the Gods themselves (Fantasy) ... or some combination/alteration of those. Usually, the Progenitors have disappeared from a setting due to Enlightenment/Evolution, Catastrophe, War, etc. and only leave behind artifacts or ruins which inform or hint at their previous existence. This link leads to further ideas about Progenitors/Precursors.

My worldbuilding is a Science Fantasy setting 300 years in our Earth's Future (but the Progenitors are from our distant past) in a parallel Universe where both Magic and Science work and compliment each other.

Example: My Progenitors have ascended to a higher level of existence and act as Gods in the parallel universe ... they create the sub-races as a part of ongoing and changing games for gaining/losing points and rank amongst themselves ... so my own answer to this question is basically: For the Progenitors' Amusement.

But I put forth this question to hear about Your Progenitors and Your Reasons for inclusion in Your Worldbuilding.

The progenitors find aesthetic pleasure in the creation of life. The various races are created as artistic endeavors. Or commercial endeavors. I saw beautiful GMO glowing fish for sale at PetSmart! 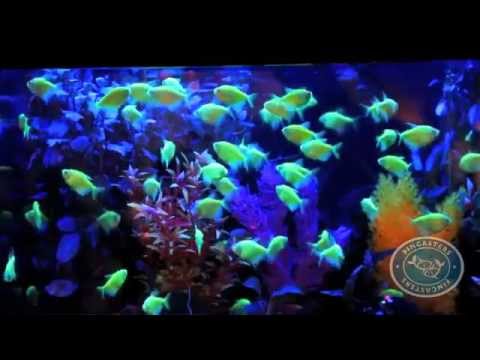 Unfamiliar? I learned about it from the stack exchange site dedicated to this game. https://meta.stackexchange.com/questions/20736/what-is-code-golf-on-stack-overflow

Code golf is a contest in which one writes code to accomplish a goal using the minimum characters. Your genetically engineered creatures represent a code golf-like endeavor long passed.

3. Religious mandate. The progenitors have religious feeling about certain stretches of their genetic code. Perhaps they themselves were engineered in the remote past, or it is their religion that they were. This religion encourages evangelical spread of these holy stretches of DNA and the progenitors engineer these stretches into all sorts of other species. Viability and durability of the created species is a religious expression honoring their own Creators.

4. Cover. I am thinking of the cover of the song Voices Carry by the group Gang Green. https://www.youtube.com/watch?v=QNUOt7KWUCI It is a legitimate cover in their style but I think also pokes fun at the original with lyrical twists. Maybe the various humanoid races are covers of the original by other artists who want to put their own twist on it.

Since the description of the process is to essentially modify an existing template to fit the local environments, I will suggest this means the Progenitor race is very skilled at genetic engineering, but for some reason is not skilled or interested in the sort of physical engineering needed to terraform planets.

This has some interesting implications. Terraforming can (theoretically) be done in a multitude of ways, from using mirrors to add or subtract energy to the planetary ecosphere, to importing masses of materials (such as water or nitrogen) to change the environment in ways beneficial to the terraformers to millennial schemes involving seeding planets with bacteria and algae and waiting eons for them to do the job for you. Most serious terraforming schemes tend to be combinations of the above, with the occasional super science thrown in to do things like change the planetary orbits, rotational periods, remelt the core and other schemes which are usually not featured in "how to" section of Popular Mechanics. 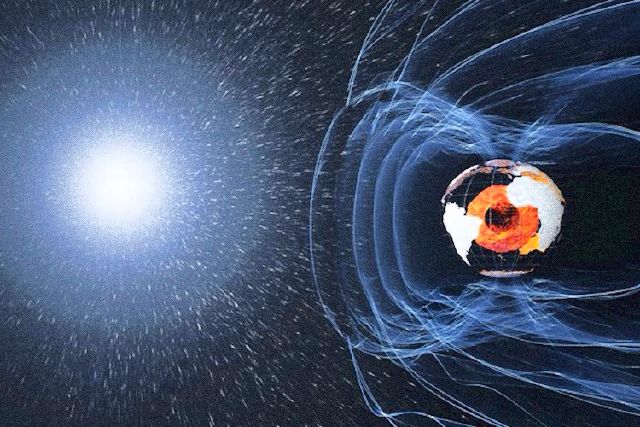 Fix your own garage door opener is the next article

So we know and understand the Progenitor race has skill in Genetic engineering, but are far more limited in the physical sciences realm. This suggests their ability to travel between the stars is also limited, otherwise they could carry a lot of heavy engineering plant with them, or fill the new solar system with Von Neumann probes and change it to match their particular requirements and tastes.

This makes identifying the Progenitor race interesting. They must have evolved on a planet and even solar system of rather limited resources, so giant building projects would be simply beyond them. They are time and resource limited (since they need to rapidly adapt to wherever they go), so their inclination is to adapt to the planet rather than the other way around. They likely don't have FTL transportation, so they drift into a solar system, make a quick survey, tinker with some genetics and then go on their way. It is quite possible they are actually still out there somewhere, moving sedately towards their next target star, already making observations and starting to plan the mods to the template for this colonization effort.

The irony is they have adopted this rather quick and dirty approach out of desperation based on their own origins, but are transplanting themselves or their templates onto immensely richer worlds. When the time comes for us to find them, they will seem like poor relations or peasant ancestors from the "old country" rather than the god like Progenitor race from our POV.

Whenever I'm stuck with the question of rationale a character (or race, in this instance) has behind doing something, I place myself in their shoes. Of course, you need to see that you have an inherent bias in this case, but I think you can let that pass since it's a human readership you're writing for.

I saw a Star Trek episode that addressed this question. I remember that the ending seemed pretty unsatisfying, too. Basically, the progenitors didn't want to be alone in the universe, which, I suppose is a good enough reason, but ... come on. You can be more interesting than that!

Wouldn't it be possible to have a competing race of progenitors in another galaxy who your progenitors need to survive? Or, better yet, your progenitors want their children to love them, but they also need them to be vicious/aggressive enough to fight against the antagonist progenitor races.

I think what makes humanity interesting is the crazy mosaic of instincts we embody. For example, I love my children. I can also find compassion for others' children. Still, if I see a bully punching the crap out of my kid at the playground, my first instincts would not only be to remove the threat to my child, but also teach the bully a lesson!

If you set up a believable dichotomy of compassion vs. aggression, readers will relate—part of what it means to be a human is to wrestle with the vast array of instincts and emotions. We read a great example of this struggle in Ender's Game; Ender has to live with the genocide he's committed, because humans didn't fully understand the opponents they we're up against. We can relate to the setup of compassion vs. aggression vs. tactics vs. rationality (etc) because we struggle with similar nuances in our own lives.

I'd also like to read a confrontation between the progenitors and their child races. No one likes to learn that their purpose for existence is to serve as weapons, whether they're "loving" or not.

I'm answering a question for the first time on this stack exchange, so I hope my reply stimulates further thought for you! PEACE - DDM

Uplift, the quick and dirty edition.

So you want to create native sentients on planets to later enslave or trade with or just because you want to? There are basically two ways to do that. You can take promising native species and run simulations of its possible future evolution until you hit something nice. Or you can take a base template from a sentient species you already know to be awesome, translate it to compatible format, inject it into native genome of a species you think is interesting, and leave until evolution makes it work.

So what this scenario tells about the progenitors is that they had no interest to spend resources to colonize the planets and did not care how long it takes to get results as long it is cheap. Basically, they want to fill space with sentients but do not want to pay for it.

In fiction it is common to have some sort of impending catastrophe that is about to wipe out the progenitors so that they do not have the time and resources and want to spread sentience far and wide to maximise chances of survival.

A scenario like that would be perfect for you as it explains:

The only thing you need to add is the warnings the progenitors would have left their children, so that they do not wake the dragon.

If the underlying question is "Why create things that are self aware?"

Ok it feel like the basic question you ask and be turned back as "Why does anyone create anything?" but that feels like a cop out.

If I read between the lines and interpret the question as "What qualities would drive a culture to tend to create self aware creation if they can?" I can give you a narrower answer.

It sounds like the culture would have to feel that self awareness was the right of the creation or 'an essental good quality of a creation'. Reasons for this include the culture feel the universe itself is self aware at some level or the culture is something like telepathic to the extent that they find it wrong to make things they cannot interact with telepathicly.

Not the answer you're looking for? Browse other questions tagged magic space-colonization fantasy-races genetic-engineering proto-human .

2
What would justify the population of billions in a fantasy world?
36
Alternatives to "humanoid" as a category in fantasy?
5
Would the sub races of elves really evolve?
7
Genetic Compatibility Amongst Differing "Fantasy" Races
35
Subverting 'evil humanoid' (orcs, goblins, etc.) tropes
18
Why does magical defensive equipment not work in layers?