Could I get some guidance on this map in progress?

So I was working on a map, when I suddenly realized that despite the many helpful tutorials on this site I have very little idea what I'm doing. I thought it might be a good idea to put on the breaks and ask for a reality check before I build myself into a corner. Hopefully this will provide me with some guidelines for going further. (And hopefully it's not already a total mess.)

Here is the map as it stands. I've projected it over an equirectangular map of Earth to give a better idea of coordinates and scale. I've left the western antipodes, north, and any other landmasses basically uncreated for now, to give myself a free hand for later.

My priority is to get as close as I can to the projected biome placement. (I know, better to start at the bottom and work up. But here I am.) Please keep in mind this is my first attempt at creating a realistic map - I want to get it right, but many concepts are still new to me.

What I would like the map to look like. Priority biomes are marked with an asterisk*, like so. Other biomes could be moved around more easily if needed. Mountains ranges are shaded. The biomes and elevation are pretty broad and simplistic right now, to be complicated later on - if anything is unclear please ask in the comments. 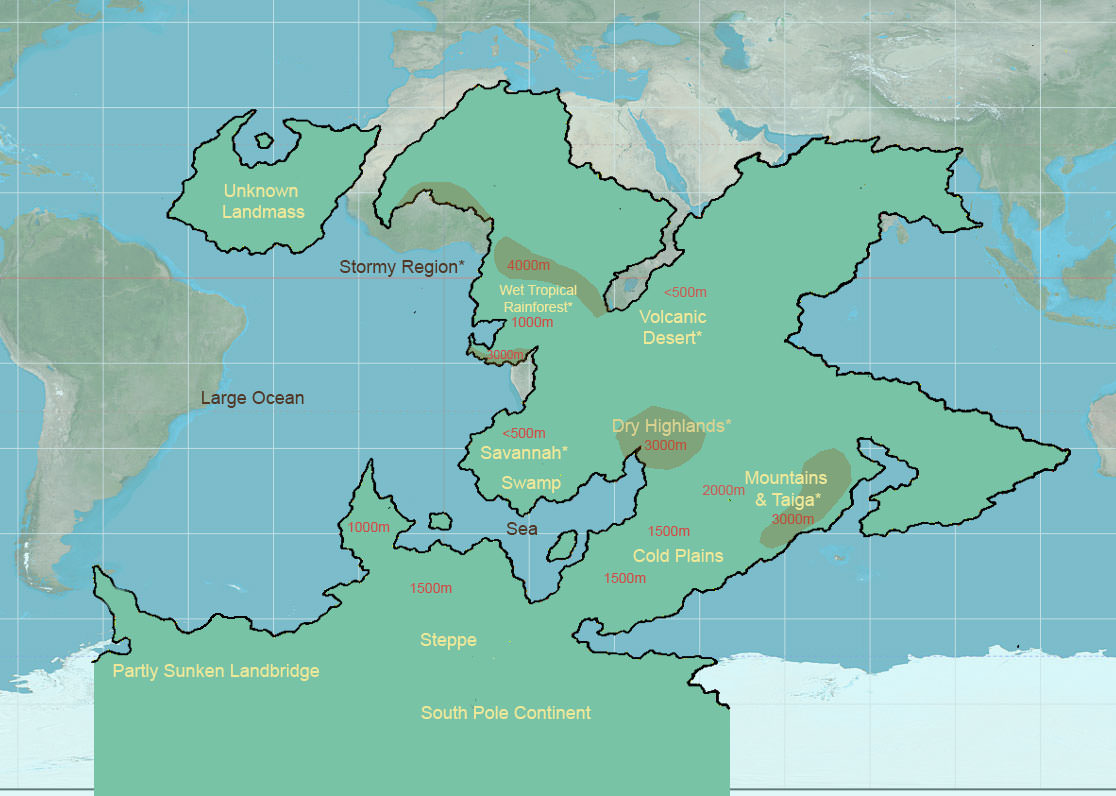 Savanna - Preferably resembling northwestern sub-Saharan Africa. The saltwater swamp needs to be near it, but could be moved from its current location.

Volcanic Desert - A bit of a misnomer, an important small desert surrounded by plains. 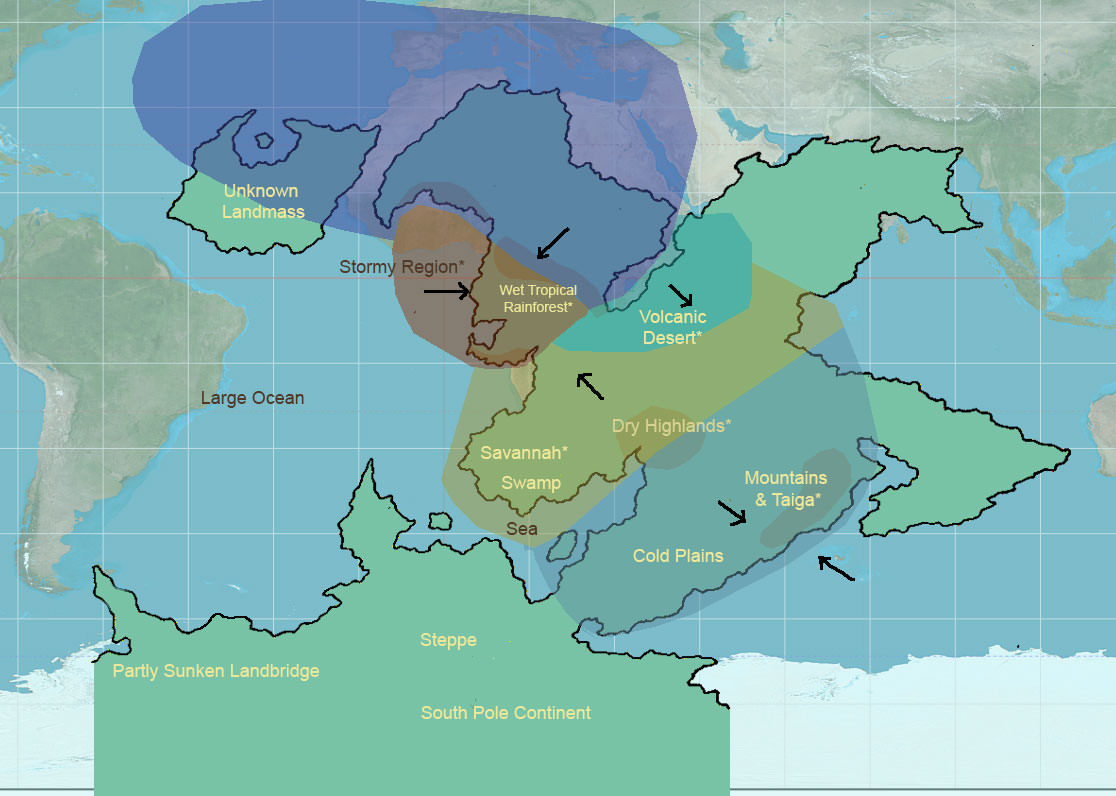 Do the above maps hold together, and is the projected biome placement shaping up to be realistic? If not, what can I do to improve it? If yes, does the current geography also imply other necessary or probable features?

I like it! ...but it could still use a little work

First of all, it's awesome to see someone so dedicated to a realistic world map. However, following all the rules all the time makes a novel non-fiction, not worldbuilding- so feel free to take any of these with a grain of salt or throw them out altogether.

As you point out, this layout looks a little oversimplified and has very large biomes, so you may want to fill in some of the details after you've worked out the wind patterns.

Biome assessment from the north to the south:

Tectonic plates are tricky, but as a whole it looks like you've got the hang of it. Again, vaguely from north to south:

The ocean currents are kinda... yikes. Ocean currents actually follow rather well-defined rules, mainly determined by surface winds- which actually depends on the direction of your planet's rotation. In either case, the Large Ocean will likely have a single encircling current, with a thin & powerful warm current moving from the equator to the pole on one side and a wide, slow current moving from the poles to the equator on the other. Those currents would follow the topography fairly well, then would spiral away from the coast at about 60 degrees south as the Algulhas, Gulf Stream, and Canary currents to on our world.

Your inclusion of inland seas was wise- doing that will allow the formation of cold and salty water that will power an overturning circulation for your planet as a whole and keep its temperature well regulated.

Map Out Your Wind Currents

Wind currents will determine which parts of your world get regular rain and which become deserts. I can't tell you how wind currents work, but it's important to map them out to determine the average humidity in an area.

Not the answer you're looking for? Browse other questions tagged internal-consistency climate geography geology map-making .

54
Creating a realistic world map - Coastlines
21
Is a very tall mountain in the middle of a desert hot and dry?
16
World Map - How can I tell if the Ecosystems are realistic?
9
Are my deserts accurately positioned?
0
What rules govern which biomes can neighbor one another?
3
Where would rivers and lakes make sense on this continent?
5
Is The Climate Map for My Alternate Earth Accurate?
2
How accurate was Azgaar.io about what Biomes my Fantasy Map should have (realistically)?