Ways to make a creature immune to bullets other than bulletproof skin? [duplicate]

In my story, I want a creature to be immune to bullets, but giving it bulletproof skin seems too obvious. I want it so that you could shoot the creature a few times at its seemingly vital spots (the head, heart, etc.), but it won't die right away and can still escape or attack you. The best way to make sure it dies quickly is by draining most of its blood, which means you have to get close enough to cause a large wound with a bladed weapon.

Yes, I know you can just use a really big gun or explosives to achieve the same effect, but in this scenario, the options are limited to something relatively cheap, lightweight, and doesn't cause a lot of collateral damage. To give you some image, the creature is about as agile, as strong, and as big as a polar bear.

Preferably the reason it's immune to bullets is based on real animals, or at least something that could exist in the natural world.

What about a dense skeleton?

The skull would protect the brain of course, and you could have a ribcage where the ribs are more tightly packed (or even overlapping dual layer, allowing expansion in both layers but still protecting against vital shots) so that lungs, heart et al are protected. You still need a circulatory system so the idea of large trauma from a blade still works.

Sure, you could get a shot into the arms or legs, but that would not be fatal. Even a stomach wound wouldn't kill the animal immediately meaning that it could still attack you.

It violates the possibility of the brain, heart or lungs being shot, but still provides for firearms to do damage generally, just not in critical areas that would cause immediate death.

This does have some precedent in nature; certain herd animals have hardened skulls, and there are plenty of dinosaurs with hardened skeletons as they used parts of their bodies as clubs, rams or spears.

Um why not use an actual polar bear? Or something very similar; bears, especially the big bears, (Polar and Grisly) are notoriously hard to kill with small calibre rounds, the combination of muscle layers, fat, and fur over their primary body cavity makes getting at their organs really unlikely with handgun rounds. They also have very thick muscles and bones in their skulls so headshots often lodge near the surface breaking bone but not punching through.

Amorphism, if the creature has no vital organs but rather is composed of "full function" non-specialised cells that all do a bit of everything but require a certain critical mass to function as a whole. Then point damage like a bullet wound does little to no damage to the overall organism while cutting it up with a sword reduces individual sections below survival mass killing chunks of it off until the whole no longer has enough cells to grow back. Something like the Oozes of Dungeons and Dragons or Calvin in Life. Real world examples of amorphic life are the Sponges that have mutable cell functions based on location rather than a fixed function for a given cell.

You can make it resistant to most attacks, including bullets, by having redundant vital organs. Combined with a fully shared cardiovascular system and enhanced coagulation, this seems to fit your prerequisites.

Examples of this exist in nature where certain animals have multiple copies of the same organ. Taking one out vastly reduces their quality of life, but still allows them to survive (Octopi and their three hearts, most insects and their compound eyes etc.). Evolution is as such not a problem, your species would just take existing features and take them to the next level.

Hardness and mass tend to hand-in-hand material wise. So you could go with a tank-like creature. Alternatively something akin to a slime with special skin would work as well. Mix and match if you need protected areas (skull for example). Other options exist as well.

Your creatures may have a reasonably thick layer of ballistic gel or blubber-like material under their skin, which scope shall be to slow down and thus absorb most of the kinetic energy of bullets, sparing damages to vital organs.

You can either change the density of the material (shortcoming: it makes the thing heavier) or its viscosity to improve the effectiveness of the dissipation.

How big is this creature allowed to be?

I'd like to take this in a different direction than the other answers: make the creature "sparse" (as the crown of a tree) and/or large (as a coral reef), so that point-effect weapons (such as bullets) have a very low chance of doing significant damage.

Maybe combined with vital organs somehow being distributed or in unforeseeable places, and you really have to hack it to pieces in order to kill it.

I realize this makes it look more like a very lively plant than an animal, but depending on your reality ... that line can be surprisingly blurry anyway.

Bigger than necessity organs due to evolutionary pressure to survive wounds and duplicated vascularisation with the possibility of closing many veins/arteries if severed.

Wherever you hit, there will be another part of the organ able to take over the function and the blood drain will be minor because the tissue can survive a long time without blood while healing and the arteries are closed or almost closed.

People can live with literally half their brain missing, make that per design and you can destroy half the head without problems.

Bonus: to kill it you need to severe both vital arteries at one of the few points where they are near each other.

What about a massive stubborn fur, that is thick enough to absorb most of a bullets energy or/and deflect it from it's original path.

The creature also could have horn like growths around its vital spots, which can deflect a bullet from the vital area when incoming on certain angels.

This still mean that a bullet may be deflected to a less vital area or if shot at the right angel (which might be difficult) still might hit a vital area. This makes it also very challenging to hunt such a creature.

your creature has a very fast inmune and regenerative system, making beheading (or very big caliber shots on the head), and thus cutting all neural links, the only way to kill it.

disclaimer: your creature might have strong bonds to young-adult self destructive women, cigars, muscle cars and alcohol.

regeneration by chemical reaction is possible 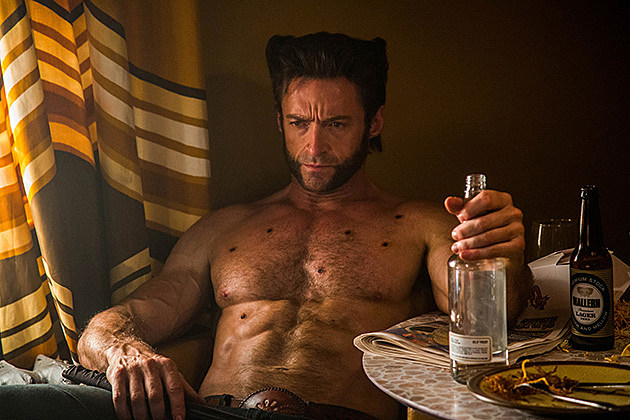 Not the answer you're looking for? Browse other questions tagged science-based biology xenobiology firearms or ask your own question.

53
Lifeform - resistant to gunfire but vulnerable to melee
16
How to make a bear resistant to Medieval weaponry?
13
A ribcage capable of surviving the bite of a Tyrannosaurus Rex

4
Food other than plants
15
Biophage: A creature that kills all other creatures
1
Ways to make an alien viral plague scientifically hard?
7
Would aliens evolve a method of communication other than speaking?
4
How could I make something “immune” to nanotechnological disassembly?
9
How to reconcile vitalism with science within a fantasy universe?
28
Side effects of having bulletproof skin?
7
if humanoid creature can shed their skin whenever they want, can they look young forever?