Preparing human colonists for a desert planet with a red giant

Assuming humanity found a planet they could travel to and was suitable for colonization, how would scientists re-engineer the human colonists for life on this new world?

It's slightly smaller than Earth with 21.5 hour days.

It circles a red giant, so very little UV but it's close enough to get a fair amount of heat.

The atmosphere is not as thick as Earth with a lower oxygen content, but is still breathable. The 'sea level' air pressure would be about the equivalent of 2,000 meters above sea level on Earth.

The humidity ranges from about 70% during the summer at the poles to as low as 2% at the equator. Water is scarce outside of the poles, with oases, springs, small streams and a few large rivers fed by the combination of mountain springs and rains caused by orographic lift, that eventually form salt lakes and brine marshes in endorheic basins, or dry up leaving vast salt flats along with other mineral run off. There are large underground water reservoirs around the planet, which help plants and animals survive in all but the driest areas.

The poles have broad, shallow endorheic seas that are similar to the Caspian, starting out relatively fresh at one end where the majority of the mountain run off comes from, turning salty in the middle and on the far end turning into brine swamps. Frequent rainstorms particularly in the winter keep the surrounding region humid and well watered.

The equivalent of algae and lichen form the major base of the food chain, and create most of the oxygen, using the salts and minerals for growth. This consequently helps to make the water somewhat fresh for animal life. There are plants as well but outside of the mountains, poles, and rivers they are few and far between.

Most plants are inedible and even poisonous, although some could be used for spice and filling without causing much if any distress to the digestive system. The animals could possibly be used as a famine food, if well cooked to break down the protein bonds.

So with a few decades to prepare the planet for colonization, what exactly would the scientists do to the colonists to help them survive and be comfortable on the planet?

I just need some answers about adapting the people to better survive the world. I've got animals, crops, alien animals, etc, covered.

And one last detail. The colonists will primarily be people from the American Southwest and the Thar Desert of India. They both wanted to get off of the overcrowded Earth, they both came from dry regions, and after putting them together in training it was discovered that they wouldn't kill each other.

Live at the poles.

There seems to be nothing especially challenging about life near the Polar regions: You have described a Mediterranean climate: Warm and dry in summer rain in winter. Enough water for the native Mediterranean plants (dates, citrus, grapes) Drought tolerant grain (millet, sorghum) and with some irrigation effort you can have wheat or barley. If you need animal protein, then goats, but you might be better looking for native animals to domesticate, over time.

You simply wouldn't live near the Equator. On Earth 70% if the land is covered by a massive brine lake that is several km deep. Rather than try to work out how we can build cities in the sea, we just avoid living there.

Take coconuts, root crops and humans from the tropics. Pigs will tolerate the heat if fed well. Just ensure that you colonise near water sources. Salt is actually used as fertiliser on coconut plantations and they're preadapted to your conditions. A bit of research would probably find others. Dates spring to mind.

If you can fly through space to get them there then the engineering required to use the groundwater efficiently for irrigation should be easy. Probably you could grow any crops you want after a while.

I tried to think of something fantastic like increase the human lung capacity or integrate water storing humps into the human body. But it is easier to bring the most effective tools than to re-engineer humans. The tools I have in mind are biological tools.

Human colonies on Earth have started with people and their domesticated animals.
I picked llama based on the high temperatures and low oxygen levels stated in the question. Perhaps a camel or goat would be better suited for the colony. Given that it will take a few decades to reach the planet, the animal that lands on the colony will be a bio-engineered hybrid of several Earth animals.

Perhaps when the colony ships are halfway along their trip, they send ahead robot gardeners with seeds. The seeds would be of crops that are wind pollinated such as wheat and corn.

On the long flight over the humans, animals, crops and pollinators need to adapt to the shifted color spectrum. 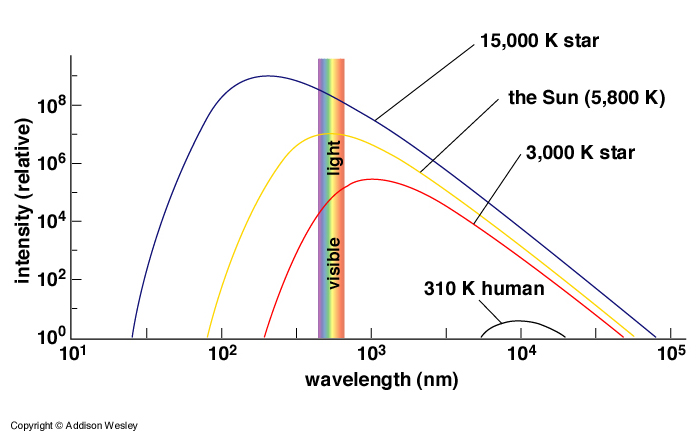 Under the red sun, the intensity of blue light will be about a tenth, or less, than the intensity of red. Earth plants absorb about equal parts of red and blue light but need to protect themselves from UV light. Twenty years of selective breed and genetic modification should create new crops that thrive under a red sun.

What about the humans? Adapting to a world dominated by reds and some yellow may be really easy. There is research that shows that seeing blue was a late development in human culture. Could the first generation colonists give up on the color? Perhaps if the colony ship gradually shifts the artificial light spectrum to red over 20 years, no one will notice. If the colonists are asleep and wake up 20 years later on a world colored like hell, there may be some issues.

Not the answer you're looking for? Browse other questions tagged science-based colonization deserts .

7
What is the expected terrain for an arid highly eccentric Earth-like planet?
5
How to rapidly make an Earth-analog turn into a scorching wasteland?
8
How to get an extreme temperature range between equator and poles without tidal locking
2
What rough climate and/or biome classifications would I assign to a planet with 31.1 degrees axial tilt?
4
How would a 384 hour day/night cycle on a desert planet affect the weather?
6
Solar insolation/flux's effect on biome diversity/richness on an alien world
1
How tall would animals, trees and "humans" grow on a planet with those characteristics?
2
Weather in a desert planet
1
Would larger oceans stabilize temperature on a smaller planet with a thinner atmosphere?